Most yoga in the West is a traditional yoga practice with a Vinyasa flow. Some classes are faster, some are slower, but for the most part, it sticks to the norm. I started yoga in my mid-twenties. It felt natural after spending my adolescence as a competitive gymnast. To this day, I’ve still maintained a high level of agility and core strength.

But, what is kundalini yoga? Before coronavirus, North End Yoga in Boston had an excellent class once a week. They do live streaming now though. I always enjoyed the reactions of first-timers who drifted into the class without a lot of prior knowledge of what to expect.

The practice began with the instructor, adorned with a white turban. It’s a sight not common to most places in America, especially Boston. The Kundalinis often wear headwraps because the practice itself is highly spiritual. It’s supposed to help center your mind and energy.

Most yoga focuses on breath and flow, but Kundalini takes it a bit further. Personally, I do no adorn the garb (not my thing), but I can see myself as one of those sixty-year-old bohemians, someday, chanting in the deserts of Sedona. 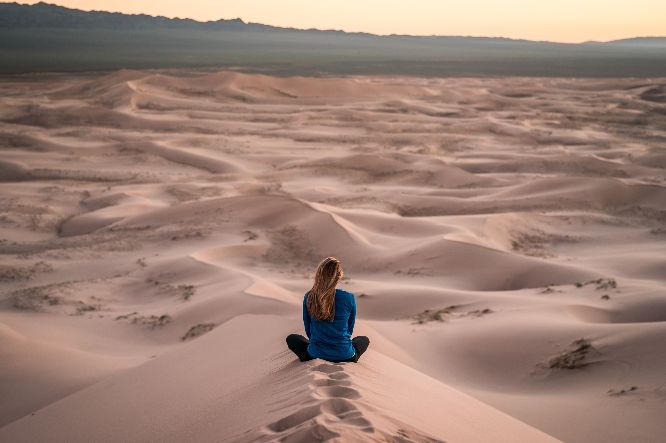 In Kundalini yoga, there’s a more nuanced approach to breath, physiology, and spirituality. It has the word ‘yoga’ attached to the end of the practice, but it doesn’t much resemble traditional yoga.

I often find myself in Kundalini practice on days I feel the most overwhelmed. It works as a reset so to speak – a reset of your body, mind, and soul. I always feel much lighter and clear-minded after a good practice.

But, be forewarned, there’s chanting – some. Kundalinis use chanting and sound as a deeper way to connect to divine energy. It is believed that there is a sacred vibratory tone to these mantras. This is in the language Gurmukhī, a sacred Indian language. Here’s a list of kundalini mantras and their meanings. The most popular mantra is Sat Nam which means “I am truth.” Learn about The Powerful Meaning of Sat Nam, here.

Kundalini yoga is supposed to be great for the immune system and it can easily be done at home.