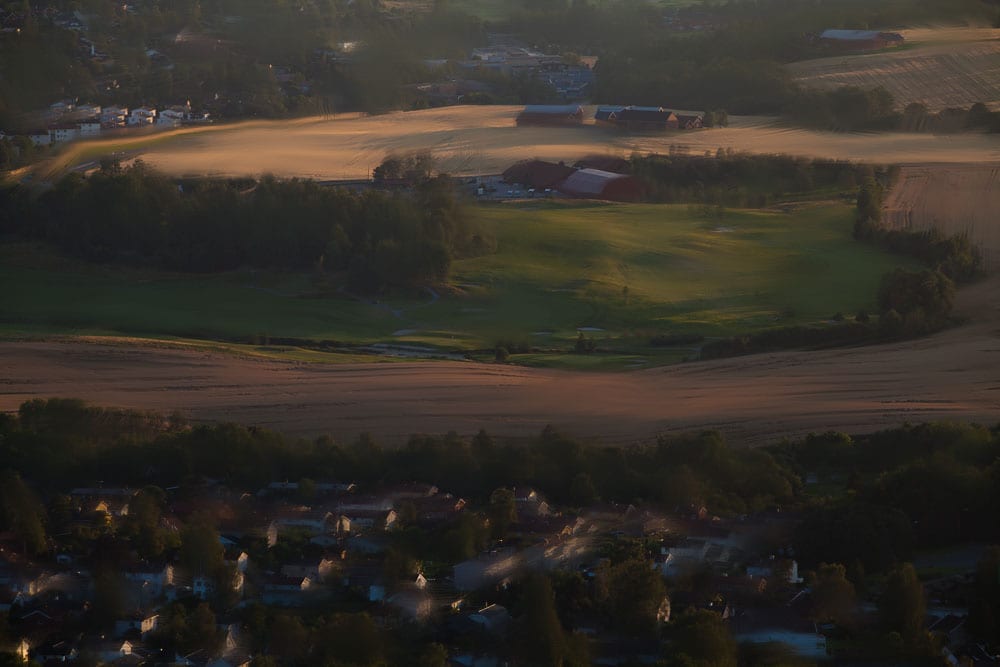 Places to Stay in KennebunkPort: Why I Loved The Kennebunkport Inn

10 Things to See in Oslo on a Short Trip

If you asked me before traveling here to simply name a few things to see in Oslo, I couldn’t to it. Prior to traveling to Norway, I knew absolutely nothing about Oslo except that it hosts the Nobel Peace Prize ceremony (not the Nobel Prize, which is in Stockholm). I couldn’t point the city out on a map if my life depended on it and I certainly couldn’t name a single other attraction there.

I can’t recall looking at any photographs of Oslo at any point in my life, so a part of me was holding out hope that Oslo just may look like Santa’s Secret North Pole Village. At least with Stockholm I can tell you about my ambitions of visiting the ABBA Museum (sad I didn’t make it there this time). But with Oslo, I drew a blank.

There are a ton of places in this world that are high on my list to travel to and Oslo wasn’t even on that list. I’m generally not a huge fan of traveling to larger cities (outside the select few I love), but we devoted a day and a half to explore its best sites. Overall, I think this was an ideal amount of time.

After 48 hours in Oslo, we walked away with a pretty cool impression of one of Europe’s wealthiest cities. I noticed two observations almost immediately. One, the public transportation is clean and despite the harsh climate, the roads and public areas are still very well maintained. Because of that, I immediately liked this city. Two, the girls there really are gorgeous.

I walked around enamored with the many different shades of blonde hair, some natural most not. “Wow, I’ve never seen that shade of blonde before!” I probably said this about ten times, genuinely in awe each time. Either way, it’s true, Scandinavian women, particularly those I saw in Oslo, have a very well put-together style, gorgeous hair, and beautiful bone structure. The same goes for the men. I think I spotted Thor’s handsome twin about twice.

But aside from having some of the most beautiful people in the world, Oslo has some other attractions. If you’re on a tight schedule and you want to explore the Fjordland and Norway’s more alluring attractions, it’s hard to justify spending more than 48 hours in Oslo.

A city is a city and Norway is definitely known for its landscape. But, I definitely recommend devoting at least a day or hopefully 48 hours to see this city because it’s got some good energy. Here are a few things to see in Oslo!

SMART Travel TIP: Pick Up Your Visit Oslo Pass and SAVE SOME MONEY with FREE transport, restaurant discounts, and free entry to the majority of attractions on this list and many more. Seriously, this is the best way to see the city since the pass pays for itself. 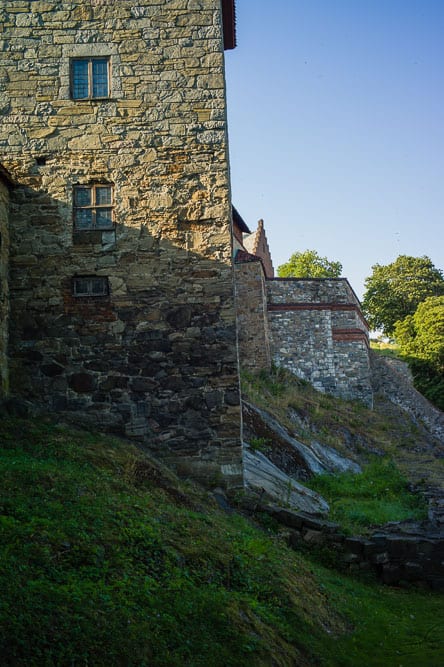 Akershus is a Medieval Castle or Fortress built in the 1290s. It’s one of Oslo’s most popular tourist attractions. Unfortunately when we went, there was a wedding so we couldn’t actually go inside, but we did walk around the perimeter. It’s actually stunningly beautiful and at night from across the harbor, the castle looks its best. I definitely recommend a visit here.

We went out of our way to see Holmenkollenbakken at sunset. For one, it offers an excellent view of Olso (see the top header image), but it’s also a first-rate Olympic training center as well as the world’s most modern ski jump. Since 1892, world-class ski competitions, including the Winter Olympics have been held here. It looks completely striking.

It’s open 365 days a year but just be warned, the staff here are pretty strict about closing on the dot. So make sure you get there at least half an hour before it closes! And be sure to account for the nice 15-minute uphill walk from the train station! It’s a beautiful walk though. This is definitely one of my favorite things to do in Oslo.

3. Historical Things to See in Oslo: The Viking Ship Museum 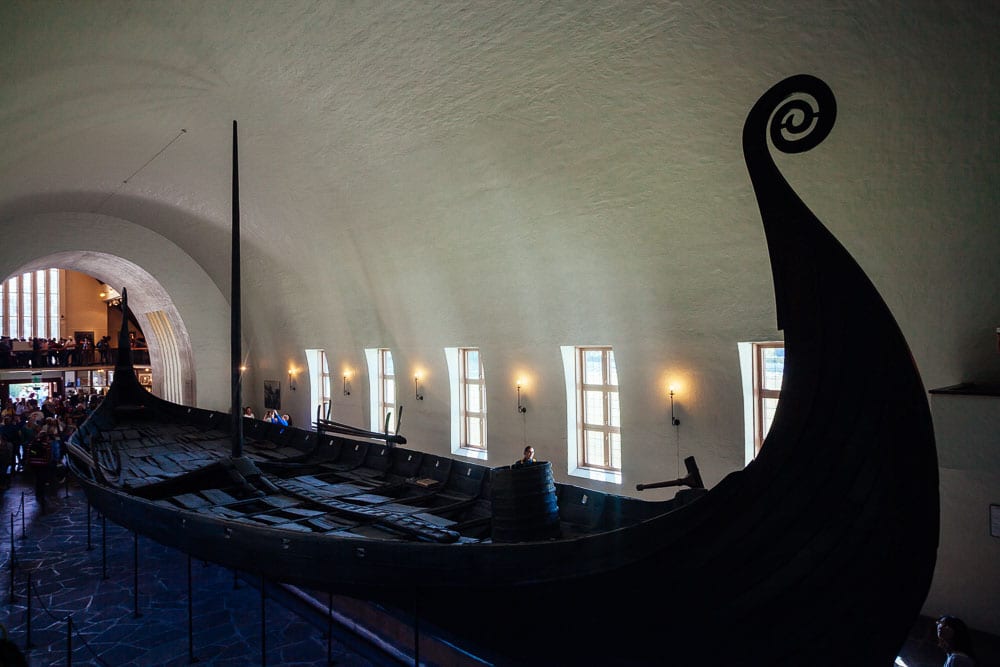 One of the best things to see in Oslo is the Viking Ship Museum. There’s a trilogy of ships unearthed and set up for display. Yes, unearthed. I had no idea that the Vikings buried their massive ships with the dead! Interesting stuff. If you enjoy history and a little myth, you’ll probably enjoy this for about an hour. 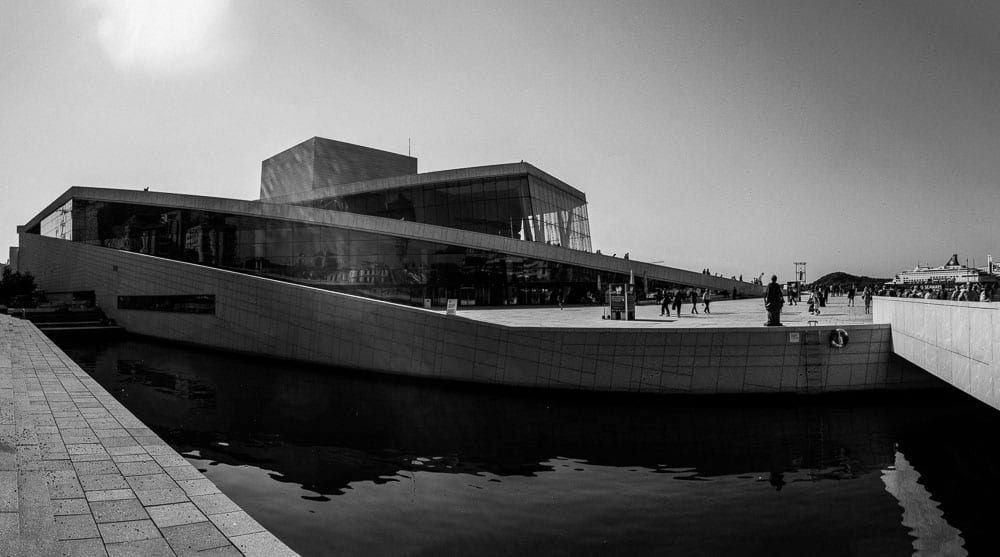 Located a short walk across the street from Oslo’s Central Station, you’ll find the Oslo Opera House. For those who enjoy admiring the architecture, the Olso Opera House is definitely one of the best things to see in Oslo! It’s stunning. Very very stunning architecture. I could only imagine how utterly badass this place looks in the winter all covered in snow. It seems the architects designed it to look like an abstract iceberg. 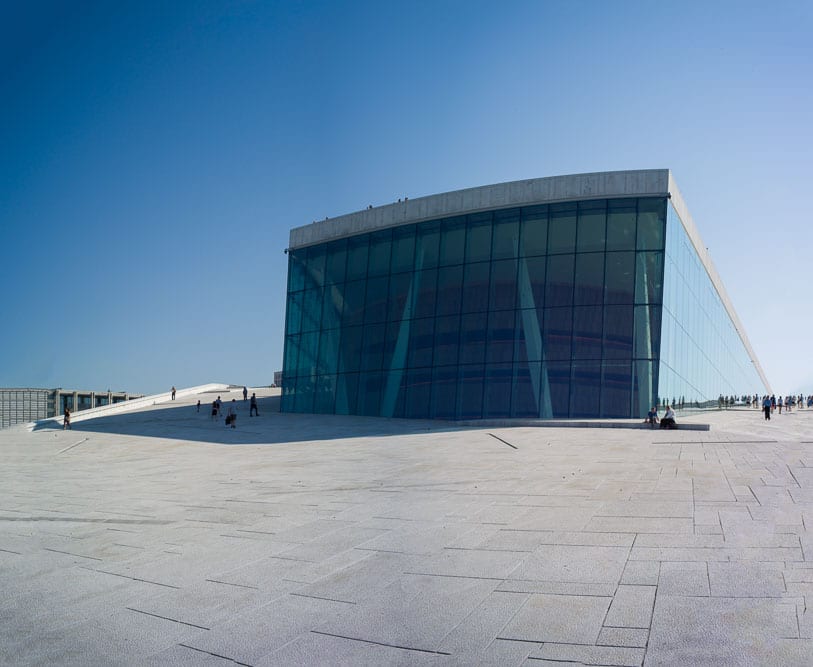 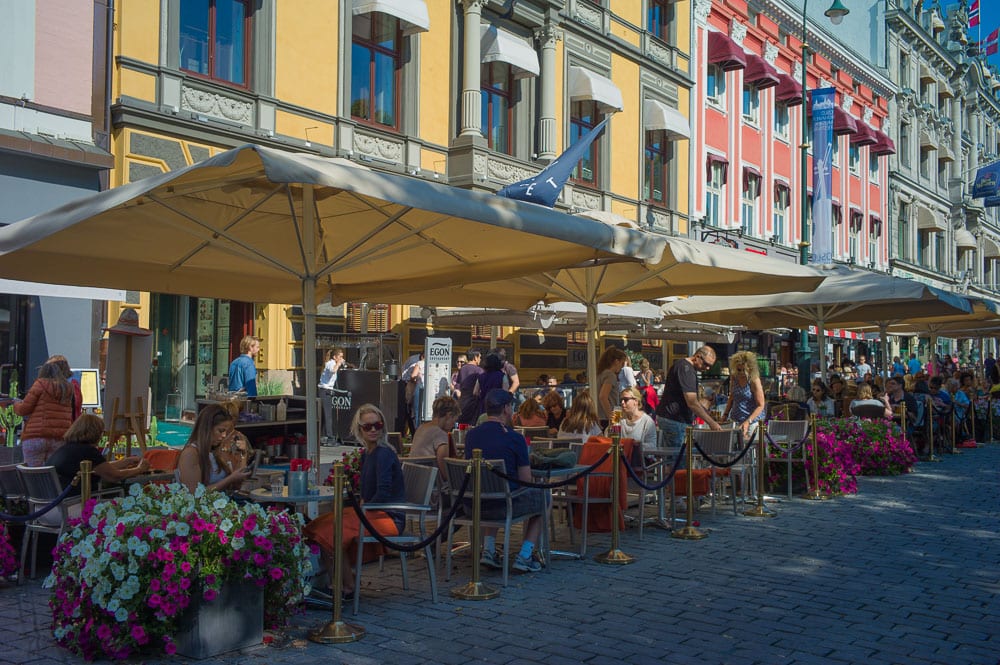 This is perhaps Oslo’s most bustling district. You’ll find more touristy places like the Hard Rock Cafe, and generally everything the locals try to avoid. But it’s also here that you’ll find a ton of restaurants, clubs, and fun energy. And at the end of the street, you can’t miss the Royal Palace. We enjoyed a stroll through here.

6. Things to Do in Oslo: Aker Brygge

We went here for dinner one night and found it has a great view of the Akershus Castle. You’ll find lots of hotels and restaurants along the waterfront too. I wouldn’t say it’s a must-see, but the view of the castle at night is what made it the most memorable.

7. Local Things to Do in Oslo: Grünerløkka

Check out my recent post about Grünerløkka. Honestly, I think spending some time here definitely gave us a broader perspective of Oslo. It’s nice to get away from the tourist attractions and simply immerse yourself into life as a local. You’ll get that here.

The Nobel Peace Prize is one of Oslo’s biggest claims to fame and it’s held here every year on December 10th.  Unfortunately, this place was closed when we were there, but it’s close to Central Station and is definitely worth seeing. 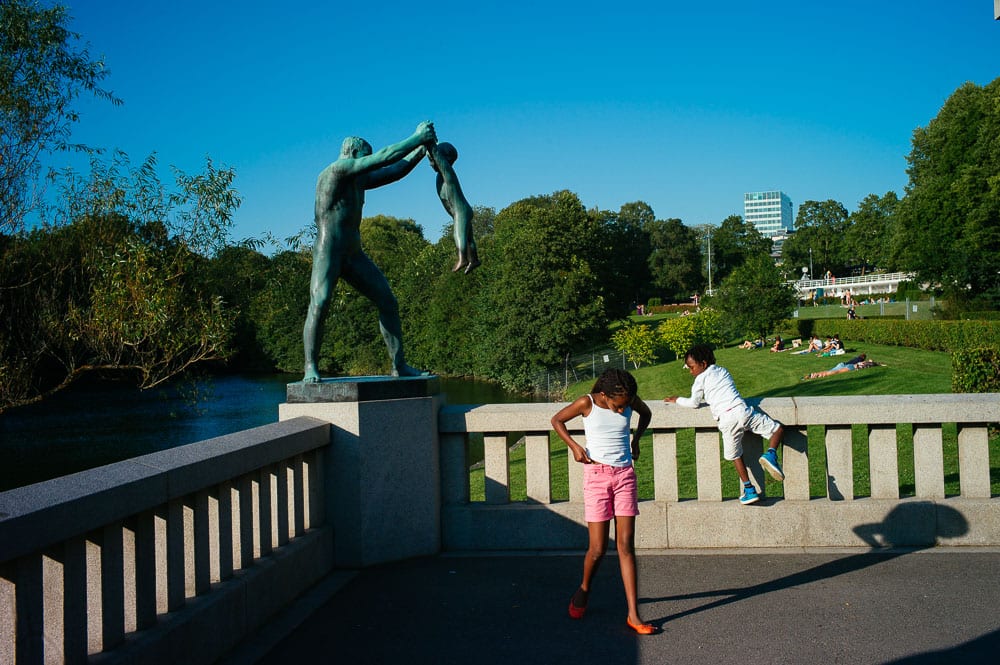 Frogner Park is one of the most famous attractions in Oslo. It houses a number of Vigeland sculptures so it’s easily mistakenly called the Vigeland Sculpture Garden. In all honestly, I wouldn’t go out of my way to see this place again, if pressed for time.

It was nice, it was pretty, but if there’s something else you’d rather see, then you may find it underwhelming. It seems to be the most popular place to visit in Oslo. Nevertheless, you will definitely find some interesting statues and the park is beautiful.

Walking down Karl Johans Gate, you can’t miss the Royal Palace. I wish we had more time to explore it, but you can take a tour of one of the most important buildings in Norway and the symbol of the Norwegian monarchy. Click here to learn more about guided tours of the Norwegian Royal Palace.

Oslo Hop on Hop Off Tour