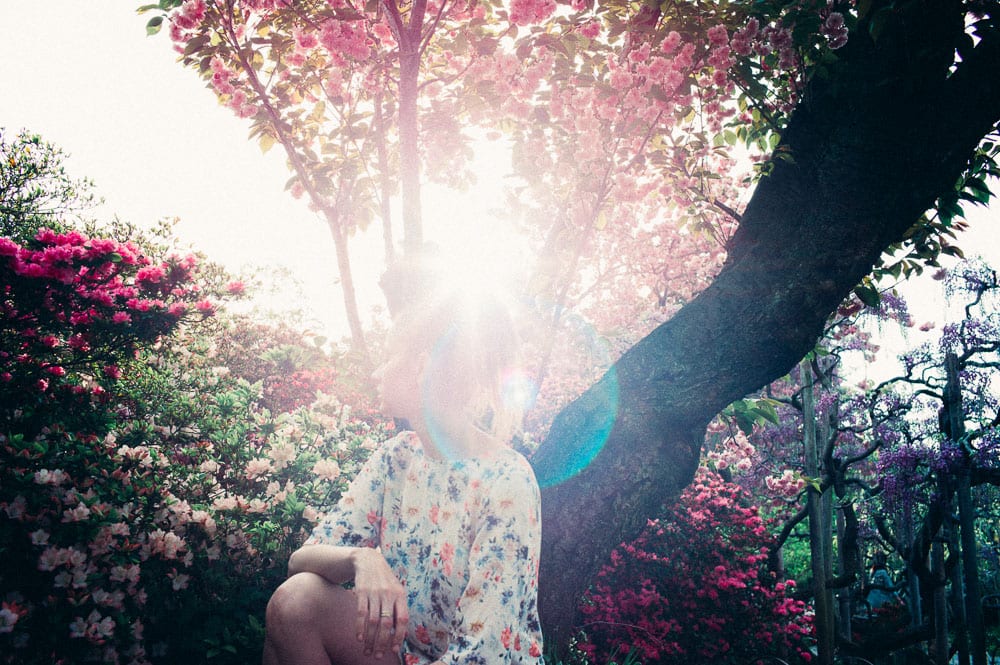 The Algonquin Hotel NYC Review: A Legacy From the Past

Ashikaga Flower Park | traveling to the Wisteria Garden from Tokyo

Last month I went back to Ashikaga Flower Park, which is at this point my favorite garden in Japan. It’s not a traditional Japanese garden but it’s famous for its beautiful Wisteria trees, Wisteria illumination, and a vast array of flowers in the spring and throughout the year.

I’ve visited there every spring for the last three years, and last year I sadly left thinking it would be my last time visiting the garden for a long while. So getting to go back for one last spring was really quite special.

The trip there from Tokyo was a good two hours. You can read more about these details in my prior post on the Wisteria Tunnels in Japan, A Peak Into the Whimsical Wisteria Tunnels of Japan. But you can come here to see the best purple Wisteria in Japan. However, Kawachi Fuji Garden is also really beautiful too, but it’s very far from Tokyo.

On the way back I missed a local train so I think it took over three hours to get home. I’ve almost forgotten how much harder it is getting here than most day trips, seeming as you don’t take the Shinkansen.

But I chose to go the day before the start of Golden week, April 24th, which meant that the Wisteria was only partially bloomed, but honestly, this was my favorite visit to the park out of the last three years.

The garden was almost completely empty, the sun was shining, and soft classical music played throughout the garden all afternoon while I wandered around basking in its beauty. For five hours that afternoon, I had Wonderland all to myself.

I definitely recommend visiting Ashikaga Flower Park if you have the chance. It’s always a trade-off between going earlier before full bloom or going to a more crowded park. I personally think it’s significantly more enjoyable walking around a vast garden all to yourself.

How to Get to Ashikaga Flower Park

Ashikaga Flower Garden is the larger of the two parks and is a lot easier to get to from Tokyo. I ALWAYS use Hyperdia to get train time schedules around Japan. It’s the best resource, fully in English.

Time to Go The first year, I went during the last week of April on April 26th (a few days before GW) and it was a bit under-bloomed, but it was still beautiful. I went this year on May 7th and I think there was more green. They were both nice times. Wisteria blooms once a year from the end of April through the middle of May.

Hours 9:00 AM to 5:00 PM. Though during Wisteria season, they often keep the park open after 5:00 PM for a night-time viewing on certain nights.

Getting There  Use Hyperdia to input your designation to TOMITA STATION, depending on where you are leaving from. Without taking the Shinkansen, the trip is about 2 hours long. You will take the JR Shonan-Shinjuku Line or JR Tohoku Shinkansen from Tokyo to Oyama and then transfer to the JR Ryomo Line to Tomita Station. Get off at Tomita Station and walk about 15 minutes to the park. You can’t miss it (or just follow where everyone else is going). It was really quite easy to get there. I never take the Shinkansen, but it’s a personal preference depending on time.

Food  There’s plenty of food in the park, but it’s mostly all Japanese-style foods such as soba, yakitori, etc. But don’t miss out on the purple Wisteria flavored ice-cream!!

It’s a very large park, you can spend HOURS here!! If you’re going with a tour group, make sure they spend at LEAST 2 hours at this park, preferably more if you’re into photography. It’s probably better to go yourself if it’s less time. Heck, spend the day there, bring a hat, a book, and relax in the garden!

At Tomita station keep an eye out for coupons for the park.

There’s an illumination at night too so be sure to check on the times. 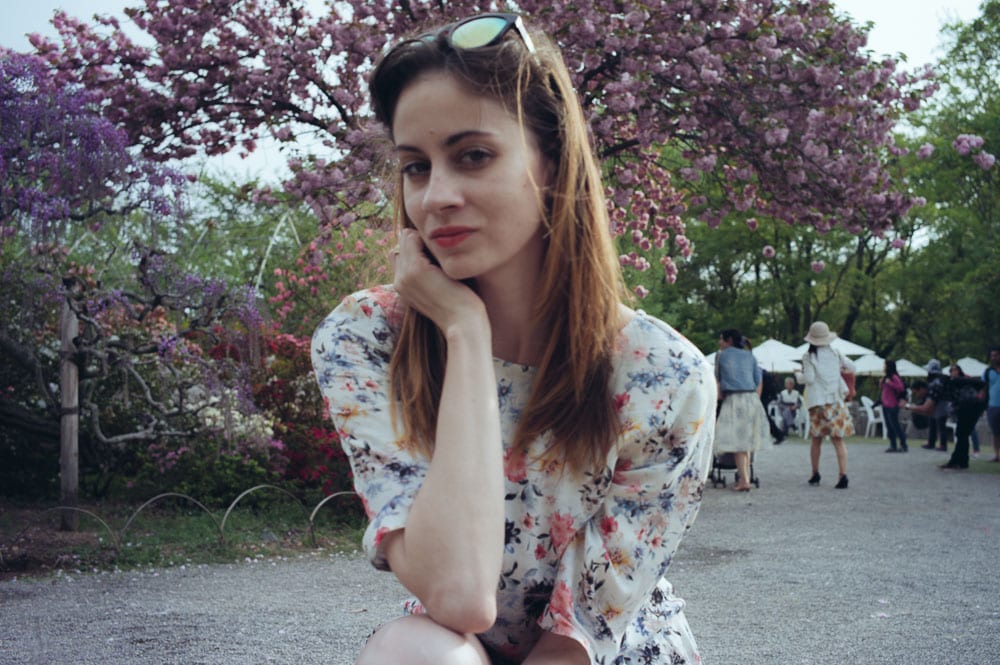 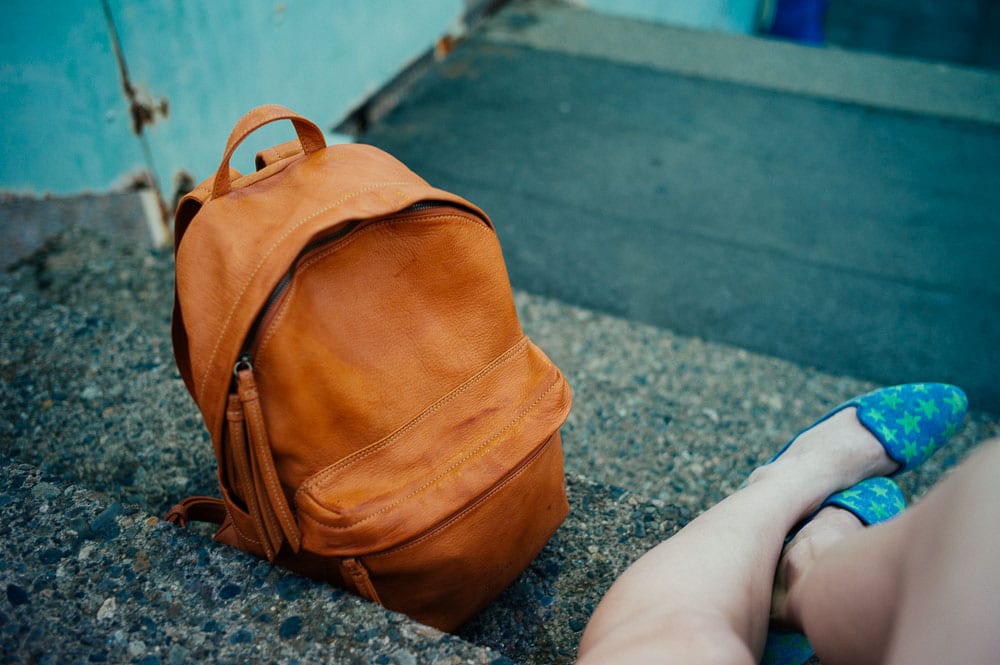 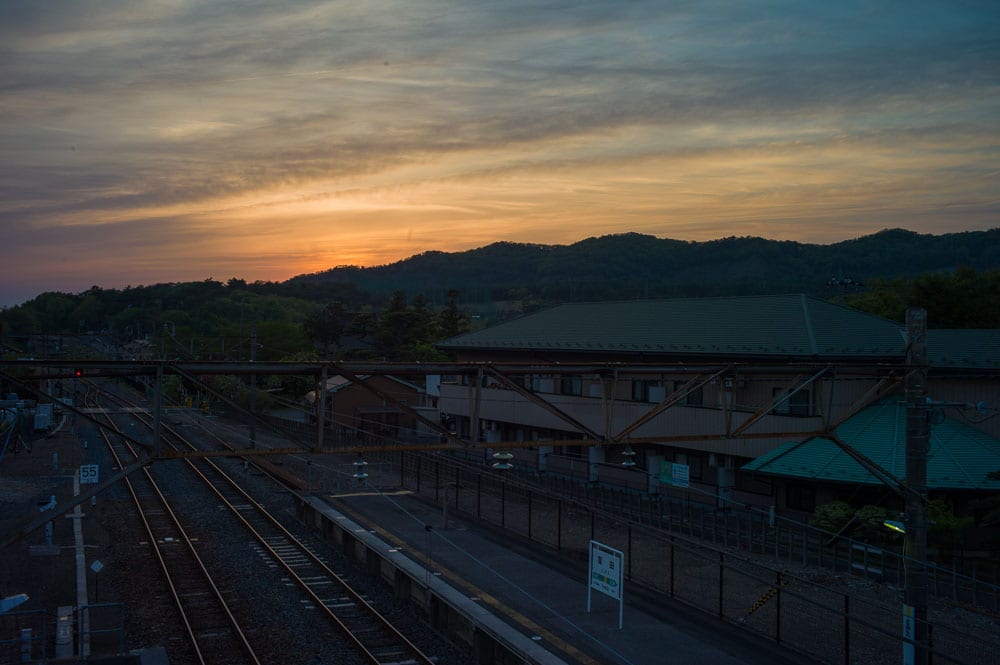 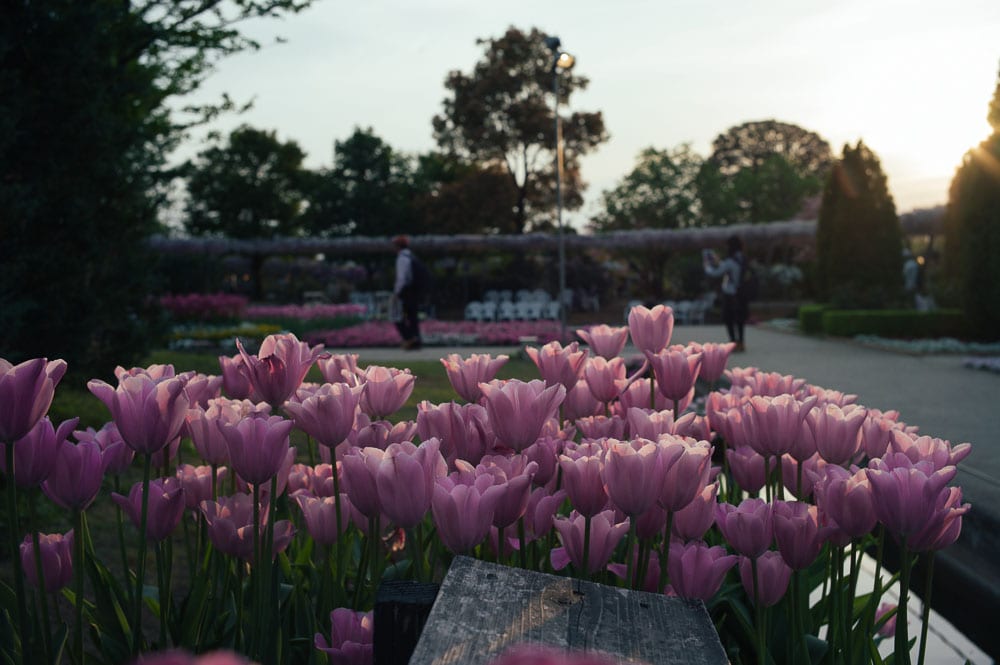 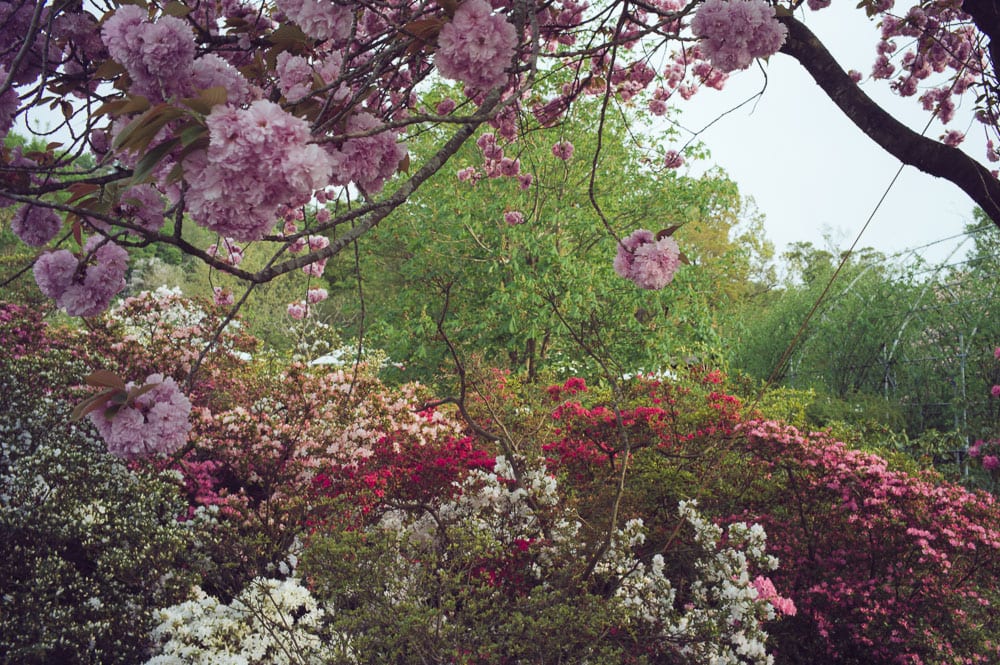 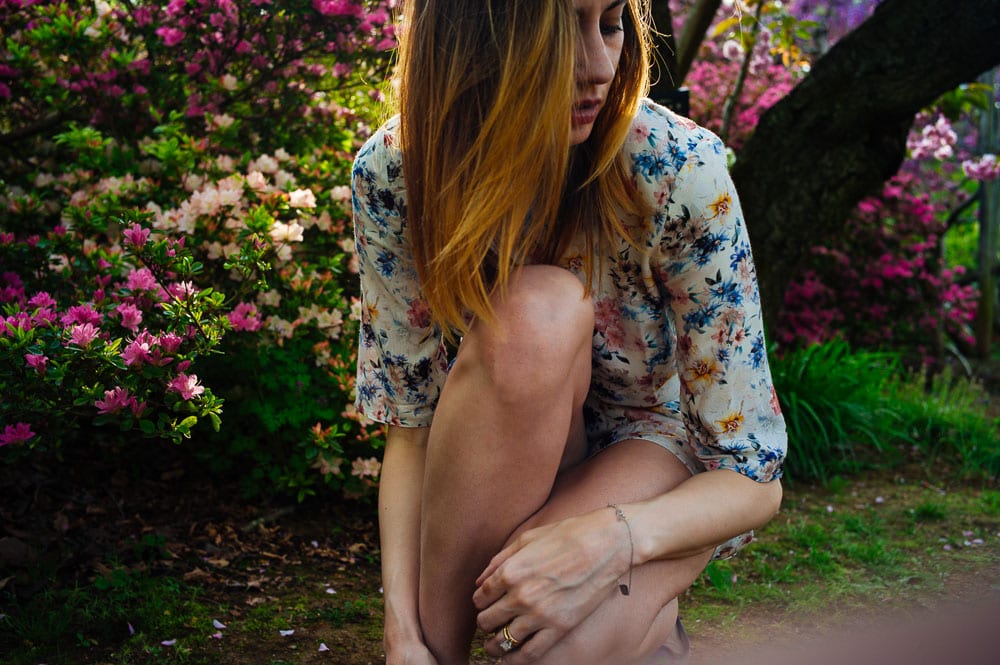 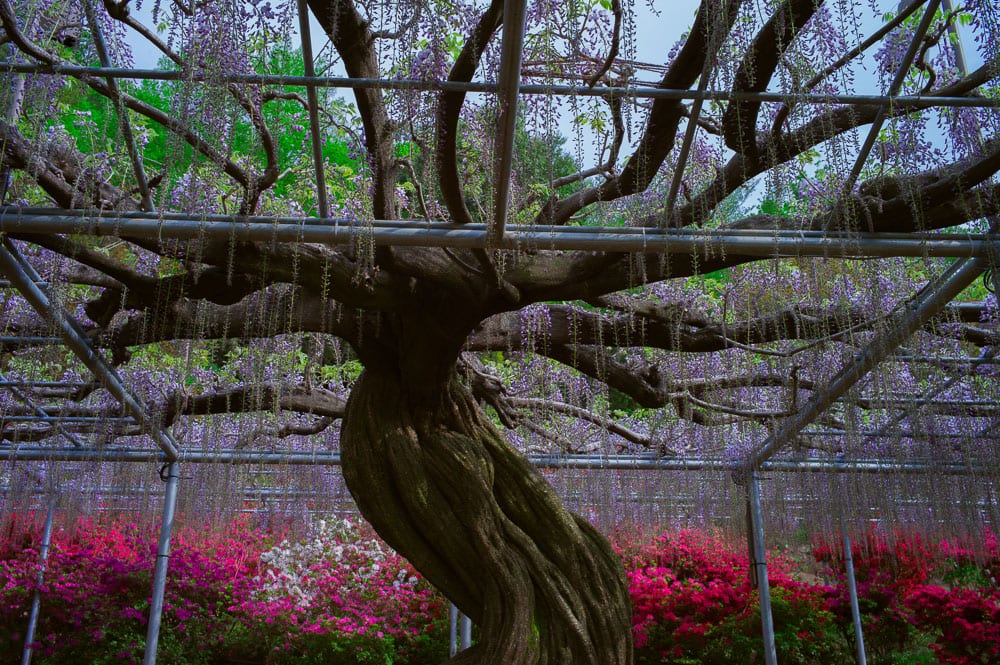 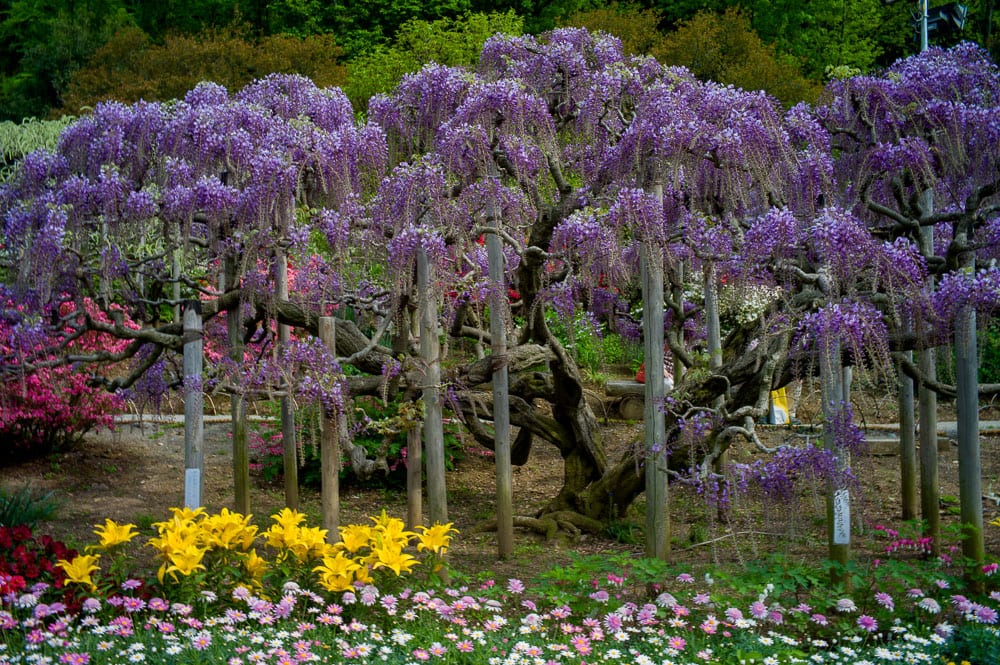 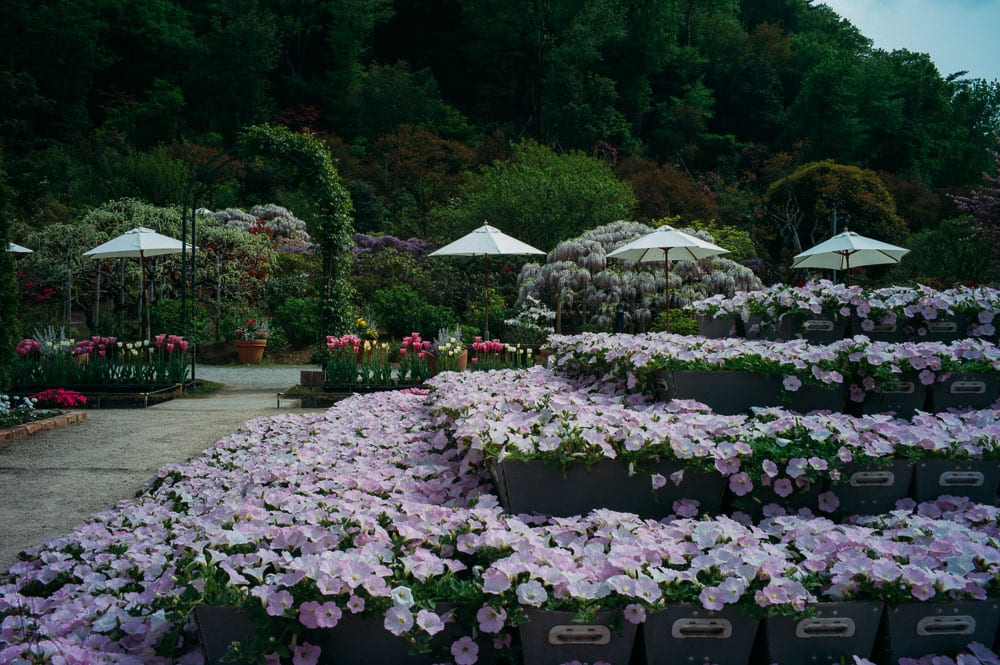 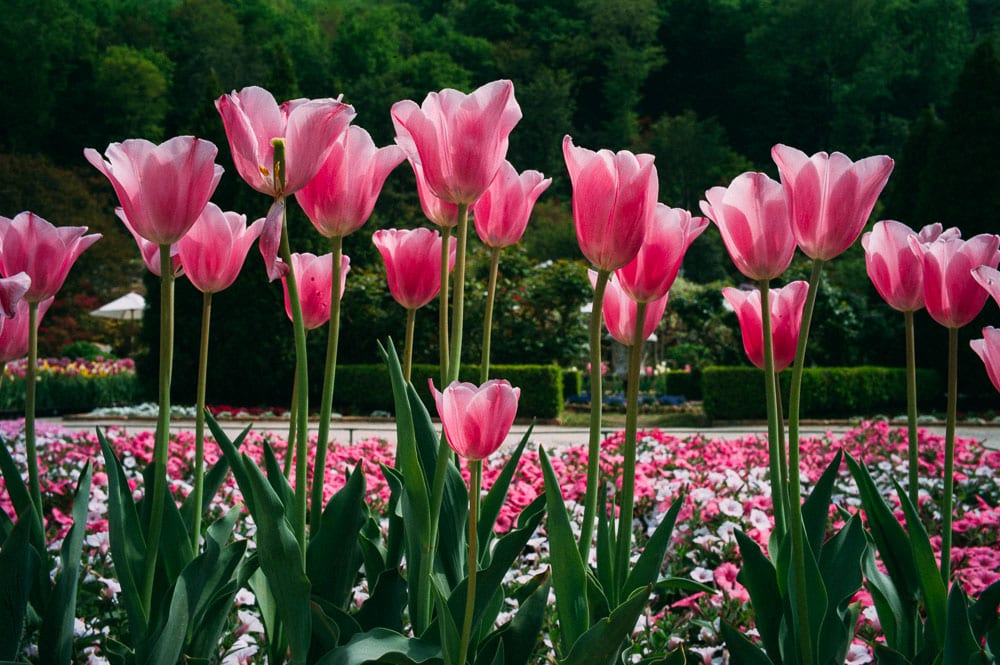