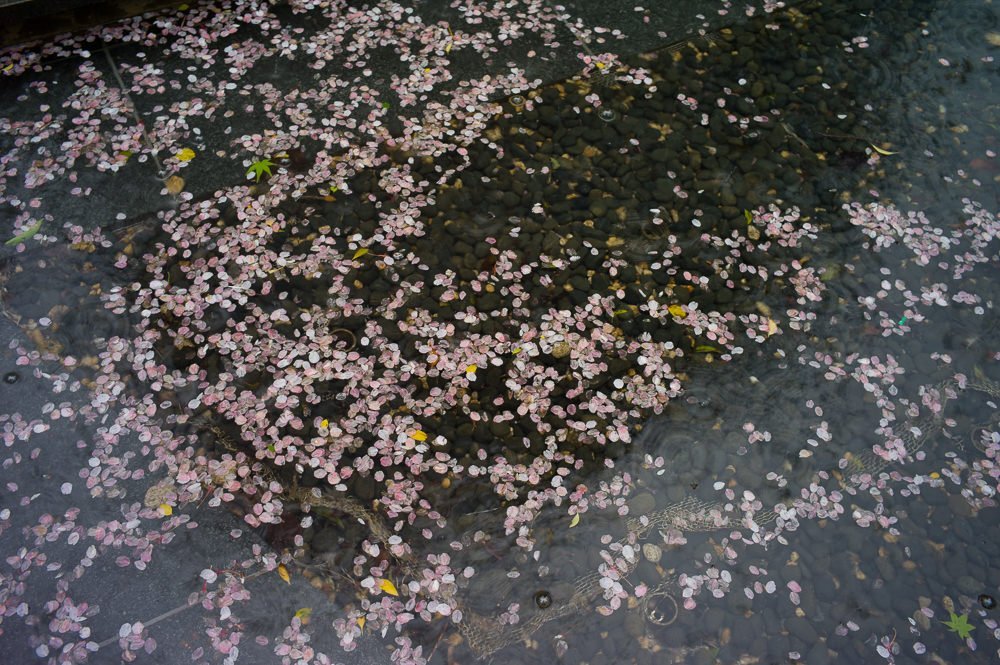 5 Super Cool Things to Do in Akihabara

Spring in Japan | An Insider’s Guide

Spring in Japan is one of the best times of the year to visit. Here’s some insight into what to expect this time of year in Japan in terms of travels, weather, crowds, and more.

When you think of traveling to Japan, most people also think about the cherry blossoms. There’s something magical about Japan this time of year that’s indisputable. But, in addition to cherry blossoms, spring in Japan has so much more. So just in case, you can’t make it for this year’s hanami festival, there are also some other options to keep in mind.

Spring is a fabulous time to visit Japan, but honestly, I love fall and winter as well. Each has its own different but equally magical feel. But if you want to head to Japan in the spring, here are some tips.

The climate reminds me of living in Southern California. You’ll likely be ok during the day, but at night, you’ll need a light jacket or a sweater, depending on how your body temperature runs. However, if you’re sitting under a cherry blossom tree, you’ll feel a lot colder.

What to Wear in Japan in April

If you’re wondering what to wear in Japan in April, honestly, it’s an excellent time to dress nicely. You can layer lightly and bring a light sweater or jacket, especially at night.

You’ll be out during the day, though. And if you’re at a hanami in the park, you’ll likely be sitting under a cherry tree so temperatures will be quite a bit lower even during the day time.

A good solution is UNIQLO. There are stores all over Japan, and it’s a fantastic idea for adding a few light layers to warm you up. Their clothes are super well made but also affordable.

UNIQLO embodies the Japanese design aesthetic of both craftsmanship and design. Their clothes are made with form and fashion in mind, which is great because layering can quickly get ugly.

If you’re wondering what to wear in Tokyo in the spring, then that depends on both comfort and your style. Tokyo has some of the best fashion in the world, so head to Ginza, Omotesando, or Harajuku to pick up a few pieces from the various department stores and vintage shops. Also, florals and pastels, of course, are always popular this time of year.

Other Things to Do During Spring in Japan 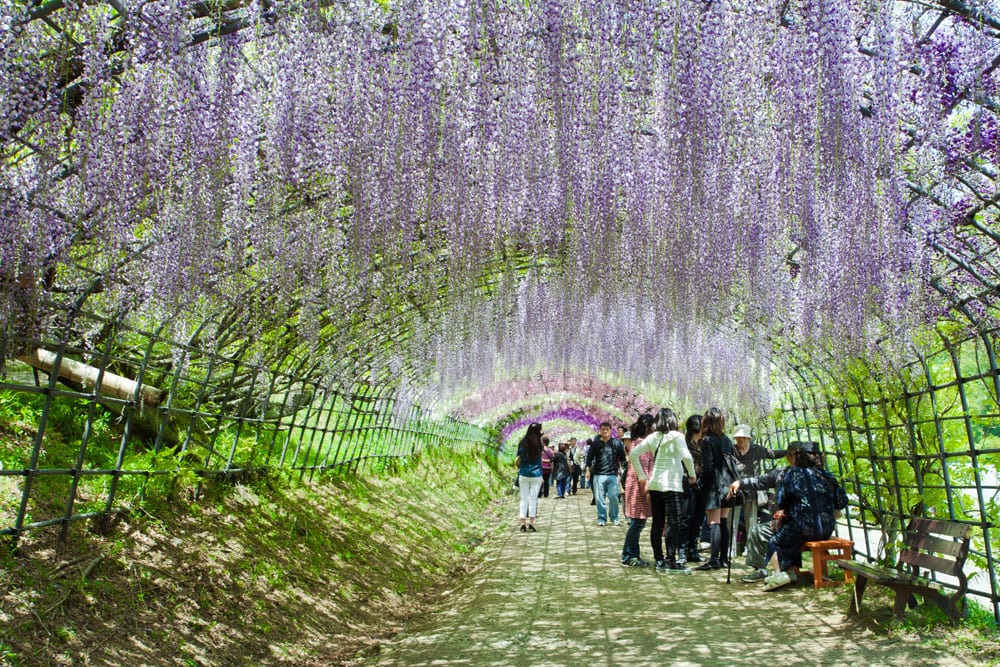 Viewing the cherry blossoms is the most popular thing to do in late March and April. But what else? Honestly, I do love sakura season, but my favorite springtime moments in Japan were unrelated to cherry blossoms. For example, you have gorgeous wisteria around the country and most popularly, at Ashikaga Flower Park & Kawachi Fuji Gardens.

These sites are breathtaking, and more and more people have been heading to Japan to catch the magical wisteria. View my article The Ultimate Guide to the Whimsical Wisteria Tunnels of Japan. As you’ll see, wisteria tends to bloom around the end of April towards early May, so nearly a month after the cherry blossoms bloom.

If you want to visit the tunnel of wisteria, you’ll need to fly or take the bullet train to Kitakyushu. But, you can visit the beautiful Ashikaga Flower Park in an easy day trip from Tokyo. Read my article for more details.

If you think Tokyo is a dense city, think again. One thing you’ll need to keep in mind when traveling to Japan in late April is Golden Week. This is the last week in April through early May. It’s essentially a massive conglomerate of national holidays that result in the entire country on leave vacation.

Each year is different depending on weather patterns, so be sure to check ahead of time. If you go visit during Golden Week, it’s best to hit up the major attractions during off-peak hours.

Spring in Japan is a Great Time to Visit an Onsen 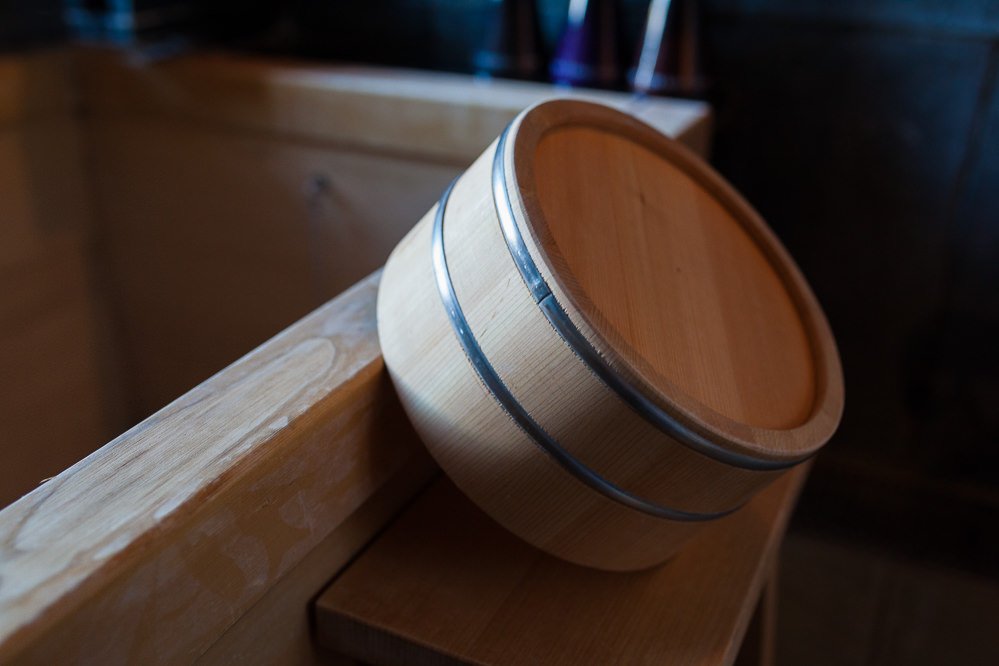 One of the things I love the most about Japan is its onsen culture. These hot springs are the most relaxing experience ever. And if you’re scared about getting naked in a hot spring with others, unfortunately, you have to take the plunge. You won’t regret it. An onsen is one of the most pleasurable activities you can do in Japan.

Spring is a fabulous time of year to enjoy onsen hot springs because the weather is still cool enough. Furthermore, you can go up to places like Hakuba in Nagano or Hakone, which are easily accessible from Tokyo. These tiny beautiful resort towns have many ryokan establishments (traditional Japanese inns) that have onsen baths.

One of my favorite trips was to the tiny town of Karuizawa. This is the small town that John Lennon and Yoko Ono used to summer at. It has a great local feel, but I stayed at a place called Hoshinoya.

There are no words to describe. It’s surrounded by nature, and there are several different onsen hot springs to choose from. This place etched a special place in my heart. I highly recommend experiencing the best of Japanese hospitality if you can. Spring is an excellent time of year to stay at a ryokan. 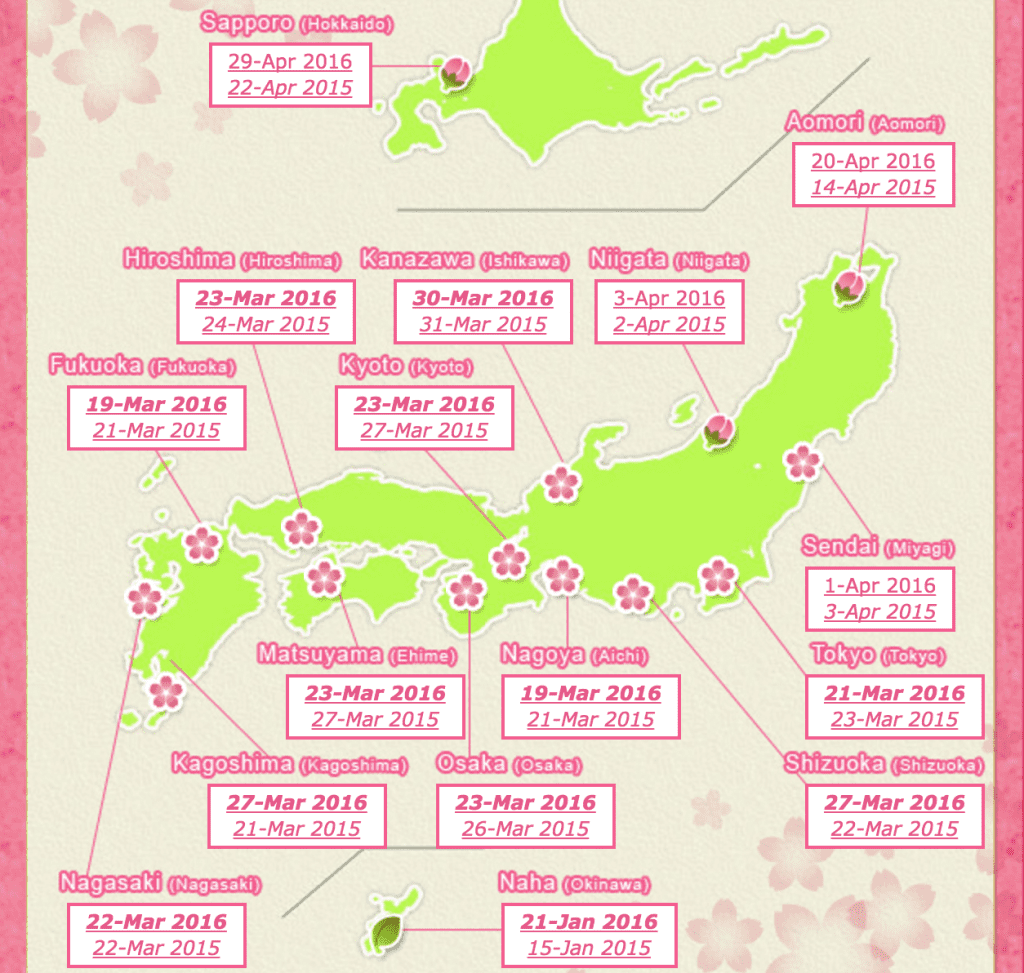 Read my article Cherry Blossom Season Japan, When to Visit? As you can see from this chart, the dates range depending on the place and weather patterns for that year.

Some Popular Festivals During Spring

There are some popular festivals around Japan during the spring, but depending on your interests, here are a few favorites around mostly Tokyo.

The Shibazakura Festival (April – May)

Are you heading to Tokyo? If you want loads of in-depth coverage, get my book Hidden Tokyo on Amazon. You won’t regret it. It’s an original neighborhood guide that takes you into over 20 of Tokyo’s most explore-worthy neighborhoods. You will find over 400-pages full of targeted insider recommendations, designed to leave you knowing Tokyo. This guide promises to help you take your trip to the next level and unlock Tokyo’s magic. Get it now.

Cherry Blossoms Tokyo 2019 | How This Year Is Different

Tokyo in April | Weather & Tips For Your Cherry Blossom Trip

Cherry Blossom Season Japan: When Should You Visit?