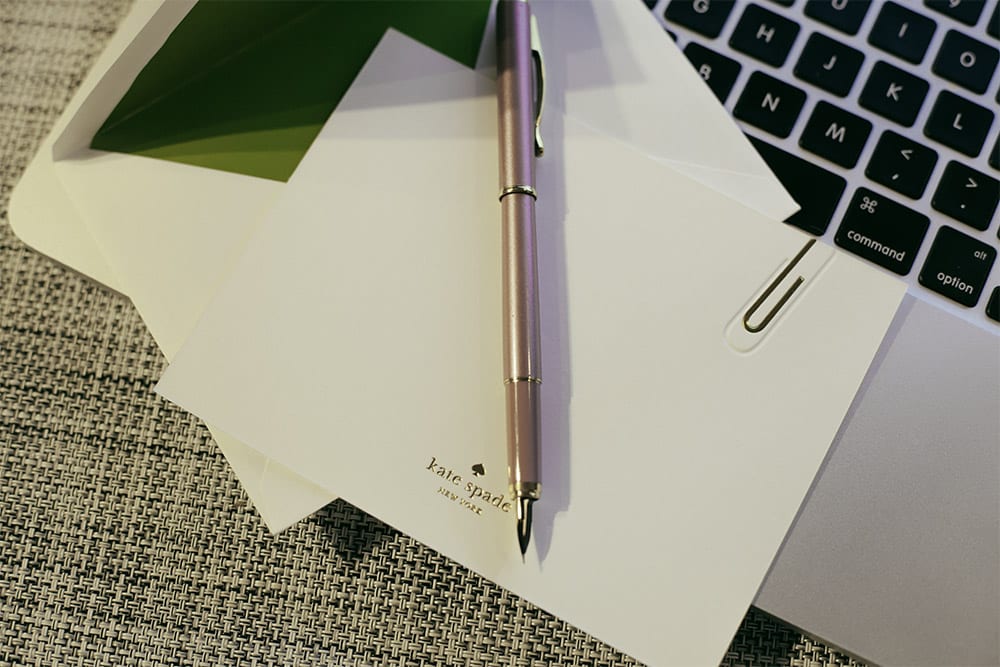 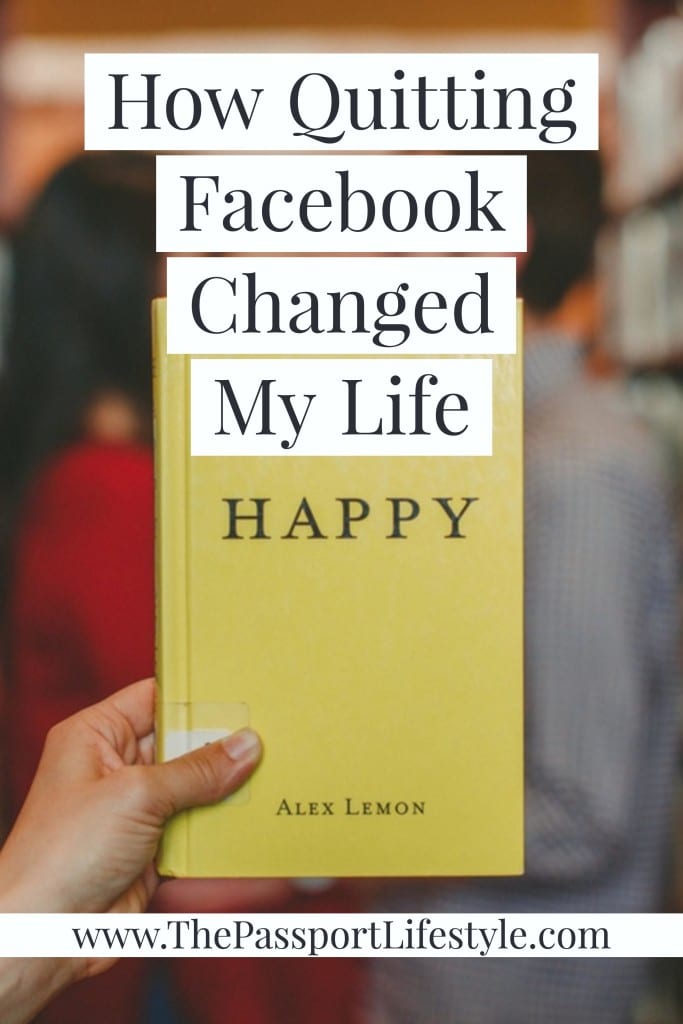 People often ask me why I quit Facebook. I clicked “deactivate” on my Facebook account about two weeks ago. Here are some reasons why you should quit Facebook. It wasn’t something I planned on doing that day or even that week, but it felt like the right thing to do, a step in a good direction. I do find myself missing some of my friends’ regular updates, but it’s mostly liberating.

This wasn’t the first time I quit Facebook, though. My last break from Facebook happened almost three and a half years ago and lasted only a few productive months, just enough to get me through the roughest patch of graduate school. Though often times when I travel, I don’t check Facebook and kinda enjoy the feeling of “being off the grid,” if you know what I mean.

I’m not one of those people who judge Facebook users too harshly, as a lot of people who are actively against using Facebook love to hate on its users and come off sounding a bit high-and-mighty because they’re not on the site. But some people have asked me why I’m no longer on Facebook, so this post will explain my quitting Facebook.

There are a lot of things I don’t like about Facebook and I guess I’ve finally had enough of it all. The fact is, though, I’ve made some incredible connections over the years from all over the world and from on my travels. One of the best things about traveling and moving around is meeting new people, but unfortunately, many of these connections are maintained only through Facebook. This is the sole reason why I won’t actually delete my account but just keep it deactivated.

I think it’s funny when you Google search “quitting Facebook,” most of the articles that pop up are all written by sites like Elite Daily, Forbes, The Wall Street Journal, and Entrepreneur.com. One of the major reasons I quit Facebook is because I prioritize my time more than anything else.

I found it not only monopolized my time more than it should, it also contaminated my mental energy and diverted focus away from my work and projects. A little bit here and there adds up to a lot of time wasted.

With Facebook, something’s different. Unlike Instagram or Twitter, it’s always there, lingering beneath the surface just waiting to derail your concentration. Perhaps this is because I work from home and distractions are simply a click away.

You either use it, or you don’t. And if you use it then it’s there 24/7 on messenger, events, tags, notifications, and of course that sheer curiosity to check out what everyone’s doing while you’re “taking a break.” However, a break can turn into thirty minutes if you fall victim to clickbait articles.

But here’s the root problem: since when do we need constant updates on everyone we’ve ever met in life? Sure some people want these updates, but do we need them? I do not. And even after adjusting Newsfeed settings, do you still need chronic updates from everyone in your immediate social network?

The problem with Facebook is that most everyone I know uses it on a daily basis which makes not using the site increasingly difficult. It has infiltrated my entire social life on levels that are pretty overwhelming. Although I cherish these friendships and even acquaintances, it’s a challenge to use Facebook in moderation. And it’s not just me who feels this way. Facebook is the SECOND most popular site in the world, right after Google, according to Alexa. There’s a reason for this ranking!!

Without a doubt, the last two weeks have been more productive! I did, however, keep my Facebook business page alive, but it’s pretty much devoid of engagement, strictly for the purpose of sharing new content published on my site.

In a way, Facebook gives us the opportunity to keep in touch with people you otherwise wouldn’t, but somehow, I just don’t feel any closer to my friends and family. Actually, I feel the opposite. I don’t like how Facebook has altered the dynamic of friendships and relationships, which is the other reason I quit Facebook.

Perhaps I’m getting older too and just feel the need to cut the b.s. or even eliminate certain toxic relationships in my life. But I honestly don’t think Facebook has done anything to strengthen my friendship with anyone.

And although it has kept me in touch with a lot of people, this is not the same thing as strengthening a friendship, considering the time the average user invests to “keeping in touch.” Facebook adds a gray zone to friendships that I still can’t understand. I love the idea of being able to keep in touch with people you otherwise wouldn’t, but that’s why I have Instagram.

Also, what I share on this site is in many ways misrepresenting. Everything I say or write on that site is completely filtered to the point where I can’t really be “me” anymore. It’s like inviting your boss, your college professors, your family members, your in-laws, your spouse’s bosses, those friends you met at a bar, and everyone you’ve ever met in life to one big party!! How are you supposed to act? You put on your best face for a start….

Instead of actually reaching out to friends and family on the phone or even email, you get small updates about people through the week. Mass announcements over status updates take the place of personal ones, (even among family members!!).

And I miss the days where phone calls, emails, or letter writing provided a more thoughtful level of communication than a “like.” In the world of Facebook, your friends are still connected to your life but in a purely virtual way. Not being on Facebook forces you to think of people rather than simply keeping tabs on people in a comparative level.

I’ve seen people I’ve known for years or long lost touch with, get married, have kids, divorce, and every other major life milestone. Honestly, it’s a little scary to have my entire life mapped out on a timeline. I miss the days when life was a more mysterious and hazy course. And that you can genuinely catch up with someone without them already knowing your course of life through some virtual synopsis of events and periodic updates. Even on a public blog like this, it’s still less personal than my Facebook account because it’s content rather than personal based.

It’s been about 6 months since I wrote this post and I lasted a lot longer than I thought. I’m still not on Facebook! For awhile, I wanted to log back in to see how my friends were doing and it nagged me a little. I do wonder how my friends are doing, but to be honest, quitting Facebook has done leaps and wonders for my productivity. I can’t even begin to describe the positive effect, but I’ve been very busy settling into Boston.

If Facebook distracts my train of thought for even half an hour, that’s significant in terms of not only lost time but lost energy, momentum, and focus. To be seriously productive, you need sustained momentum and Facebook is mental crack and will break it down.

But even still, I don’t feel compelled to check social media anymore which is something I’ve struggled to break free from.

Ideally, I’d like to set up another account where I’m friends with just a few close people, but that’s not a priority.

It’s really quite easy to quit Facebook. You can deactivate your account temporarily which is a safe option if you want to get rid of it and aren’t sure if you want to delete your connections for good. If you choose to log back in later, simply log in as usual and everything will restore to normal. Don’t forget to write your password down though in case you don’t log in for a while.