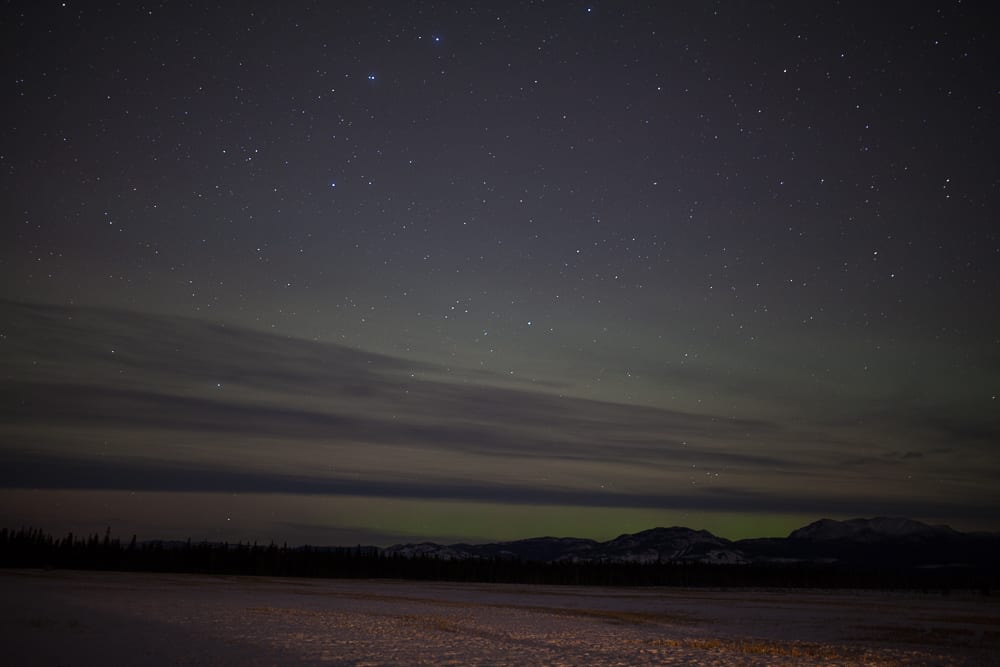 5 Fantastic NYC Things to Do in The Meatpacking District

The Ultimate Guide to Shooting Star Photography Like a Pro

Shooting star photography isn’t quite as intimidating as you might think. In fact, it basically comes down to understanding your camera and knowing how to focus the image. It’s that simple.

Here, I will share with you tips on how to photograph the stars. Pretty soon, you’ll be on the road to creating your own high-quality night photography! 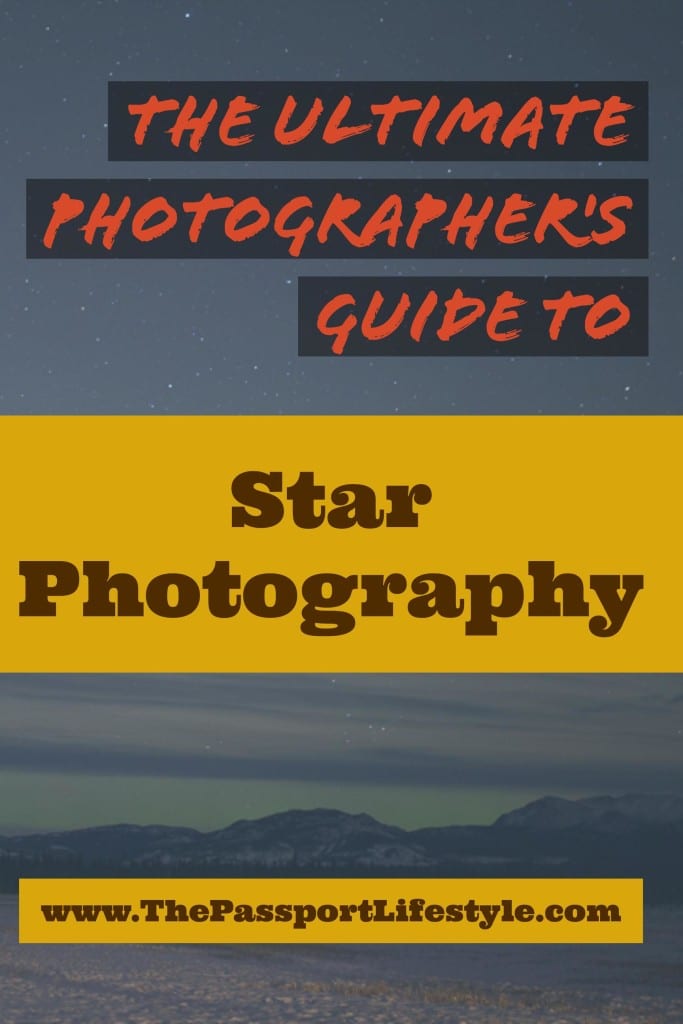 How to Photograph the Stars & Astrophotography Tutorial

For the best success on shooting star photography, make sure the night sky is dark enough and there isn’t much smog or cloud cover. It’s feasible to shoot stars in the city, but you’ll capture more if you get further away from the light. Sometimes this means standing alone in the dark in the middle of nowhere. The things we do for our shots…

2. You Need a Fast Lens & A Solid Tripod For Shooting Star Photography

Astrophotography 101 states that you’ll have the most success with a fast lens. A fast lens is simply a lens with a very wide aperture. f/1.6 to f/2.0 is considered wide compared to f/4. For night photography, the lower apertures work the best because you’re shooting in oftentimes pitch dark.

For every increase in aperture stop, your lens lets in twice as much light because of the corresponding change in your aperture’s diameter.

So, if your faster lens can capture 8 times as much light, that means you’ll be able to perhaps lower your ISO and keep your shutter speed at an optimal time to prevent your stars from trailing. More on this below as I talk about calculating star trail times based upon your focal length.

The best lens for shooting star photography is the Sigma 35mm 1.4. It’s also an excellent all-around lens and shoots at the same caliber as my Canon L lenses. It’s wider which means you get more of the night sky which is great if you’re shooting the Milky Way.

You can also use the Sigma 50mm 1.4 Art lens. Both are great prime lenses, but I personally prefer a wider lens when shooting star photography, but it’s a personal preference. The Canon 50mm 1.4 is also a great lens. I own both the Canon 50mm and the Sigma 35mm.

You’ll also need a good solid tripod. There’s nothing worse than a crappy tripod that moves with the slightest amount of wind. Remember, stability in long-exposure shots is critical to success. If your camera moves because of a cheap tripod, then your shots will be blurry and worthless.

I prefer to use Gitzo, but Manfrotto is a great company and so is Velbon. Most people are reluctant to spend a lot on a tripod, but if you buy a good one the first time around and take care of it, it should last even longer than your camera.

3. Getting Your Stars in Focus

The hardest thing about photographing star trails is getting the image in focus, but it’s also the most important.

A lot of tutorials will tell you to set your lens to infinity and then start shooting. DO NOT DO THIS. You will come back with terrible often subtly out of focus images. Remember SHARPNESS is the key to good star photography.  It takes a little while to get the PERFECT focus point. But it’s worth the effort.

There are two different primary ways to focus your lens on a dark night. I’ve described Methods 1 & 2 below.

FOCUSING METHOD 1: Using Manual Focus For When There’s Nothing Bright in the Sky to Focus On

First, pre-set your lens to manual focus (don’t forget to change it back after you’re done for the night!) and set your camera to Aperture Priority mode.

Unless it’s an exceptionally bright sky with a lot of stars, your camera won’t be able to use its autofocus because the sky is black so it has nothing to focus on. It will hunt around forever without finding something to focus on.

Second, set your lens to infinity.

Third, in AP mode, set your f-stop to f/2 or so, and temporarily adjust your camera’s ISO to around 6400. I usually set my 5D Mark II to ISO 6400. A higher ISO will allow me to test my shots a lot faster than experimenting with ISO 800. But remember, this is just for the speed of calculating your focus point. I don’t recommend actually shooting at ISO 6400 after you’re finished because the noise is too much and it detracts from the image. See my example below in Step 5.

Fourth, after properly exposing your image and securely mounting your camera to a tripod, take a shot. Then ZOOM in around 200% on your camera’s LCD screen to see how sharp your stars are.

Most likely, the first time won’t be sharp enough and you’ll need to slightly tweak the lens manually around the infinity mark. Keep tweaking, shooting, and zooming into the screen to analyze your shots until your stars are PERFECTLY in focus. This can take some time.

Once you’ve nailed a focus point, give yourself a pat on the back and move on to calculating exposure.

FOCUSING METHOD 2: Finding a Focus Point With A Bright Star or Moon

If the sky is lit up with the moon or a super bright star, sometimes you can skip Method 1 and use your camera’s autofocus instead. Sometimes, your lens will actually be able to find a focus point in the distance for you, so you won’t have to do it yourself. It’s usually a bit faster, but you still have to make sure your images are 100% sharp.

First, set your lens to autofocus.

Second, set your ISO to 6400 and your aperture to f/2 on Aperture Priority. Make sure your camera is securely mounted to a tripod.

Third, select a bright enough star or the moon via your camera’s autofocus.

Once it focuses on a star or moon in the distance and locks in on this point, switch your lens to manual focus. Be sure you make note of it and not to accidentally move the focus point set on your lens.

Lastly, zoom in on your image to be sure the star is in fact in focus.

Now that you’ve figured out how to set up your camera and nail down a focus point, it’s time to calculate your exposure.

Technically, yes. A lot of pro photographers who shoot stars more seriously will tell you to be aware of your stars trailing in your photographs. If you’re going to shoot the stars, it’s simply more attractive, formally correct, and professional to NOT trail your stars.

Ok, but aren’t star trails cool? Yes, they are and there are no restrictions on your creative freedoms.

BUT, formally, it’s also important to understand HOW NOT to get trails in your pictures, especially when the trails are ever so tiny that it ruins those perfect little stars. A sharp image and sharp stars are critical to achieving high-quality star photos.

How To Calculate Maximum Shutter Speed For Shooting Stars

Obviously, star trails have everything to do with your camera’s shutter speed, and if you don’t understand why I think a nice little refresher on photography 101 is in order.

Shutter speed controls movement and motion blur, and the stars are no different. If your shutter speed is too long, then your stars will begin to trail.

The Rule: Divide 500 by the focal length (of a full-frame sensor or 35mm camera). This gives you the maximum number of seconds before your stars start to trail.

If you use a cropped sensor camera or a camera other than your standard 35mm or full-frame sensor, you’ll need to account for this crop factor in your calculation.

Most non-full frame cameras have a standard APS-C sensor with a crop factor of 1.6. Medium format cameras have different crop factors as well. Reference this article on Crop Factors on Wikipedia to determine your camera’s crop factor.

Now that we’ve figured out our maximum shutter speed before the stars begin to trail, it’s time to mount your camera with the pre-calculated manual focus, and optimal shutter speed.

Input your shutter speed value, as calculated above. Remember, this is just a maximum value, which means you can experiment with shorter times.

I suggest you start with a wide aperture of around f/2 or f/2.6

Input your ISO based upon your other values. Generally, 800 to 1600 is a good range. I try not to shoot anything over 1600 ISO because you start to notice grain in your images. If you want less grain or a lower ISO, simply widen your aperture a stop and adjust from there.

6. Set Up a Timer or Use a Release Cord

To prevent camera shake from releasing the shutter button, set your timer to 2 or 10 seconds. You can also use a release cord for finer precision. Shooting star photography is a lot easier with a remote timer.

There is no definitive answer for the best DSLR for astrophotography. I’m partial to Canon and its full-frame line. I’ve shot with a Canon 5D Mark II for years. It’s a durable camera and can withstand a lot of the stress that comes with going out into the wild and the elements. My camera has endured subzero temperatures, snow, and rain. I shot these photographs in -10 F.

Even more important, or equally important, than your camera is your tripod. You need something reliable that’s not going to blow around in the wind and make your images blurry. If you know ahead of time that it might be unusually windy, consider getting some weights to keep your tripod in place. You can make these yourself or order them online.

Astrophotography is super fun and shooting the stars really just comes down to understanding your camera and exposure, having the right gear, and executing the shot. Shooting star photography isn’t quite as difficult as it looks, but it does require some precision.