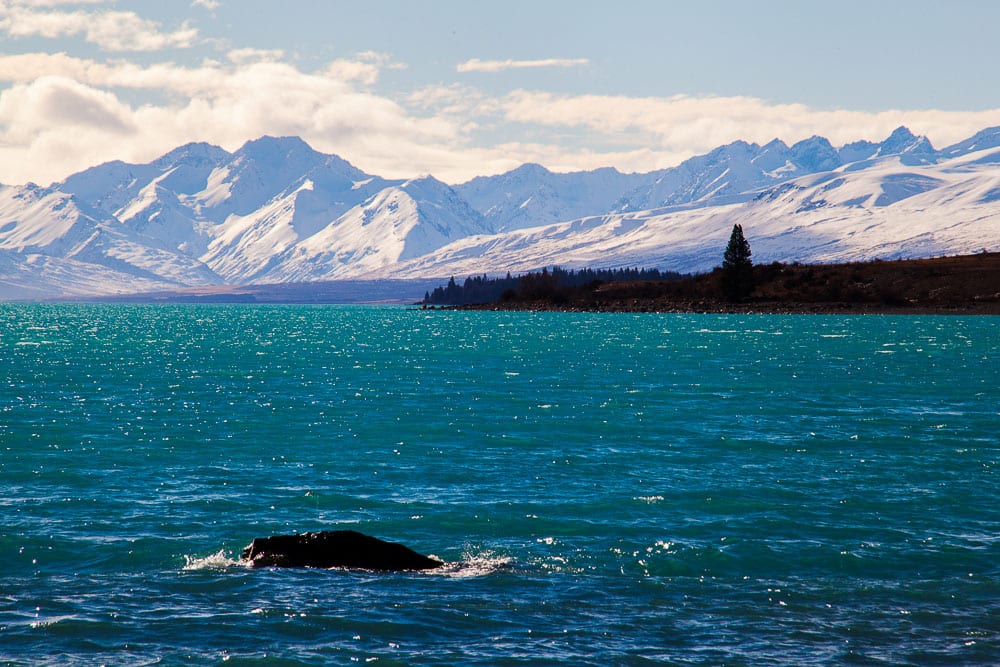 Should I travel to New Zealand North or South Island?

New Zealand is one of the most stunning places on Earth but many travelers ask, “should I visit the North or South Island?” Here’s my honest opinion. 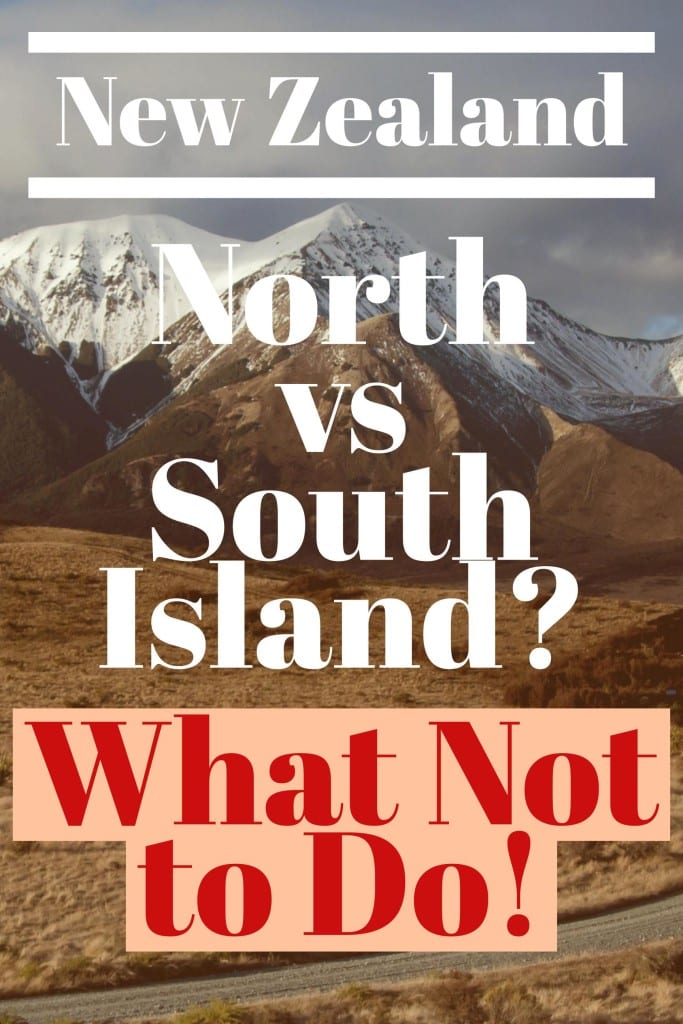 Whenever someone asks me about my travels around New Zealand, they immediately ask me, “should I go to the North Island or South Island?”

That’s a good question and it honestly depends upon what you want to see, your traveling style, and even the time of year. Whether you go to the North or South Island, you have a lot to consider.

My first trip to New Zealand was surprisingly harder to plan than most of my other trips. I knew nothing specifically about New Zealand, or any of the differences between the North or South Island. I used a South Island map to familiarize myself with the landscape.

I must have spent hours upon hours reading at least two different guidebooks and flipping through every resource on the internet before I figured out precisely where we wanted to travel.

But after spending nearly a month traveling around New Zealand, I can tell you one thing is for certain: an entire month is not even long enough to explore this beautiful piece of Earth. I vow to one day rent a car or a camper and spend at least a good three months exploring New Zealand, hiking all of its incredible trails and photographing its landscape. The islands in New Zealand are magical.

But, few things in the travel world get under my skin faster than hearing travelers say, “Oooh I’ve been to New Zealand, but I just stayed in Auckland!” This makes me cringe, it really does.

Ok, I admit, I am casting judgment on these certain travelers who fly to the bottom of the world to visit a county with a landscape that’s so jaw-droopingly beautiful it’s hard to comprehend. But going to New Zealand and only staying in Auckland is kinda like going to Italy and opting to eat only McDonald’s for your entire trip. If that makes you happy, fine. But it makes no sense to me.

Auckland is a neat little city, but it reminds me a lot of Seattle and well in the end, it’s just another city to me. So when people ask me if they should travel to New Zealand’s North or South Island, I simply have one major recommendation: don’t devote more than 10% of your trip to staying in Auckland (The North Island).

With that said, there is a TON to see on both islands, but choosing between the North Island or the South Island can be a little difficult if you don’t have more than 10 days at the minimum. Because you’ll most likely be driving around the country, it’s best to not spread your time too thin.

There are plenty of New Zealand South Island attractions. Honestly, I prefer the South Island because the landscape is much more dramatic with the mountains and Fiordland.  Road tripping around The South Island is utterly magical. The South Island has Queenstown and Milford Sound, as well as Christchurch which is an international Antarctic portal. You can fly south to Dunedin, although this isn’t recommended in the winter. Lake Tekapo is simply stunning, and you can also view the aurora Australis there or further south at Stewart Island.

We went to New Zealand both times in the winter and traveling so the South Island wasn’t a problem. Queenstown, Wanaka, Milford Sound and Tekapo were all beautiful this time of year and not too cold.

Getting to the South Island is easy. You can fly from Auckland or take the ferry from Wellington. 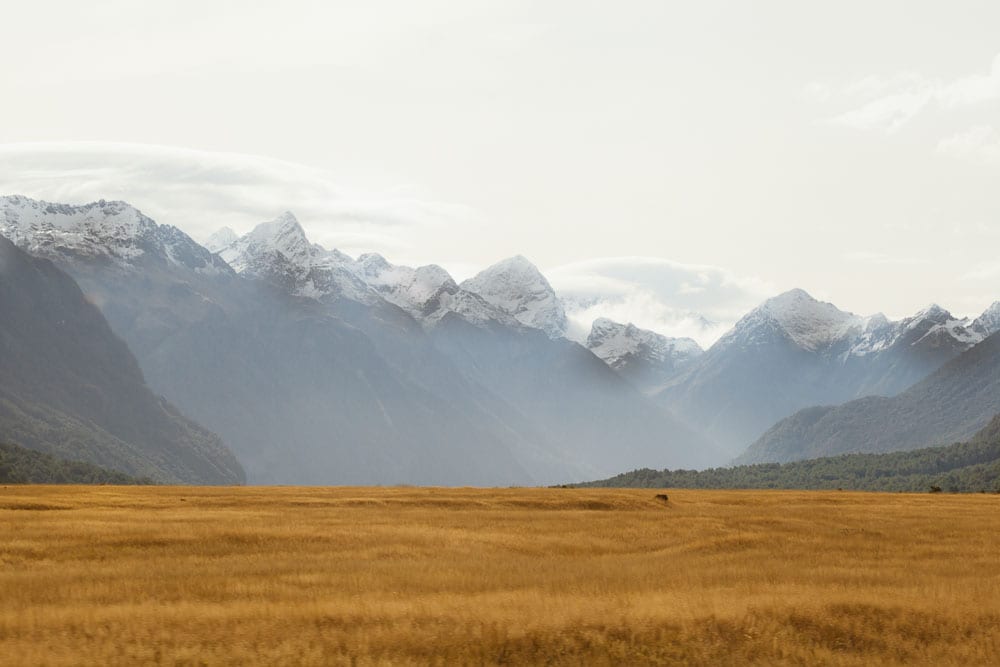 New Zealand South Island weather can vary dramatically in the winter and major parks like Milford Sound stop running tours around the middle of July. Because the seasons are opposite down under, and the South Island offers such a varied climate, it’s important to understand the varied climates beforehand. Understanding the weather patterns plays a large part in deciding between traveling to North or South Island.

Most people travel to the North Island because it’s easier to get around from Auckland or they want to just see Hobbiton. Hobbiton is a couple of hours from Auckland. The drive to Hobbiton is also very scenic and the green rolling hillside is pretty surreal. But, the North Island offers an array of stunning scenes as well, but it lacks the South Island’s dramatic landscape.

You can drive over to Rotorua and see Waiotapu, the famous geothermal park or experience the hub of Maori culture. The North Island is slightly more tropical too and has more culture. But both islands are so different and have a bunch to offer.

So for anyone wondering New Zealand North Island or South Island,  I hope this helps!

Is TripAdvisor Reliable? How Much Can We Trust Its Reviews?