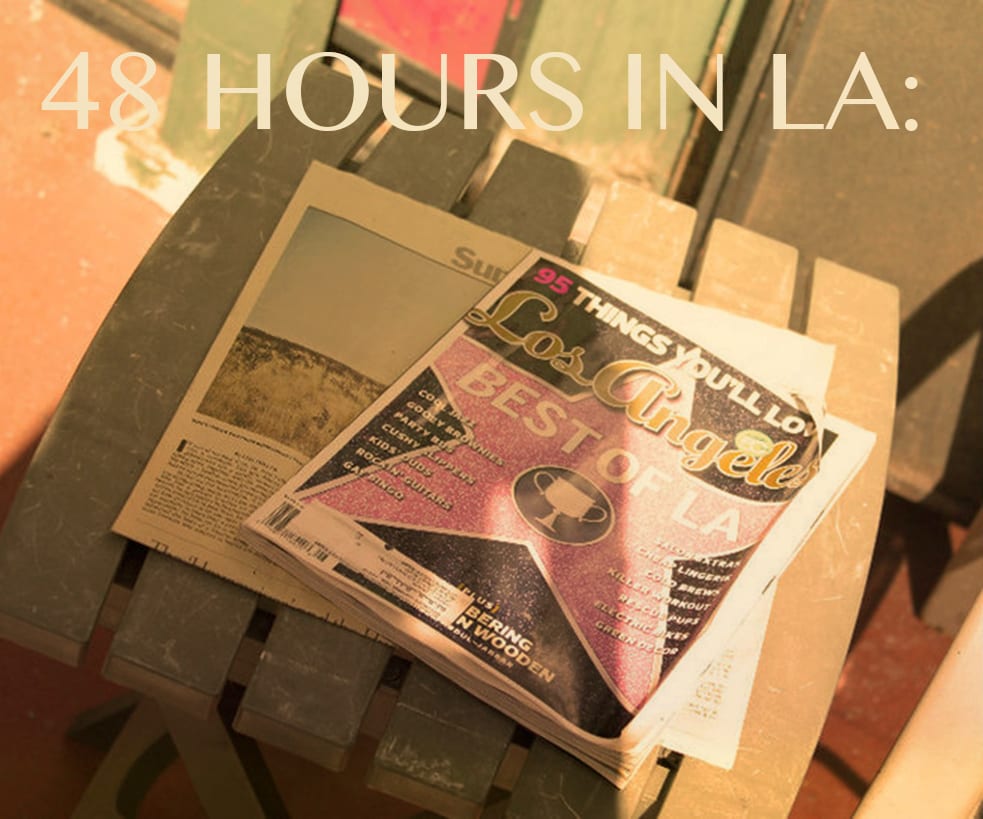 How to Live Gluten & Wheat Free in Japan

I love LA. The endless summers, convertibles, laid back style, trendy restaurants, healthy food, brilliant sunsets, and the¬Ýiconic¬Ýsouthern California lifestyle¬Ýreally makes me wish I had a second home there sometimes. LA is a state of mind and no matter where you go in the world, you can‚Äôt take it with you.

Unfortunately, living in Japan, I don‚Äôt get to travel back here often enough, but we usually make an effort to catch a weekend layover on every trip¬Ýback to Japan. It‚Äôs not a lot of time, but it‚Äôs enough to get a feel. Writing this post brings back so many great memories and makes me miss this city tons. So here are some things we love to do with¬Ý48 hours in LA. I see now it mostly all revolves around food…. 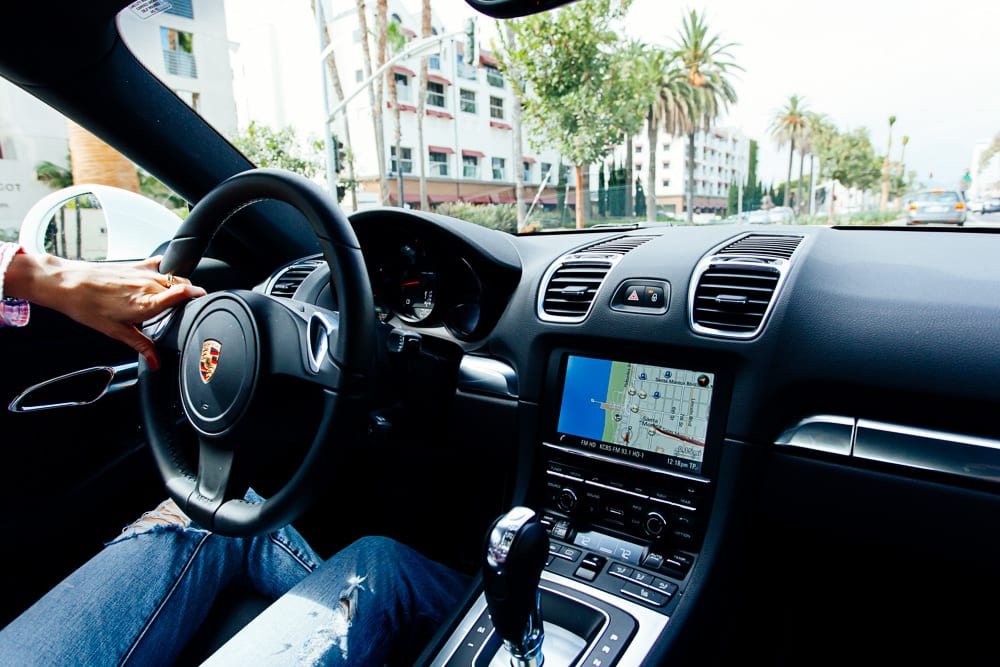 Half of our time in LA is usually spent cruising down the coastline, so renting your dream car is pretty much one of the most unforgettable¬Ýways to¬Ýexplore the city.

Nothing says welcome to California quite like sitting in that fast moving line at In-N-Out burger and then downing that Double Double like there‚Äôs no tomorrow. In-N-Out tastes way better too when I can only eat it once a year. 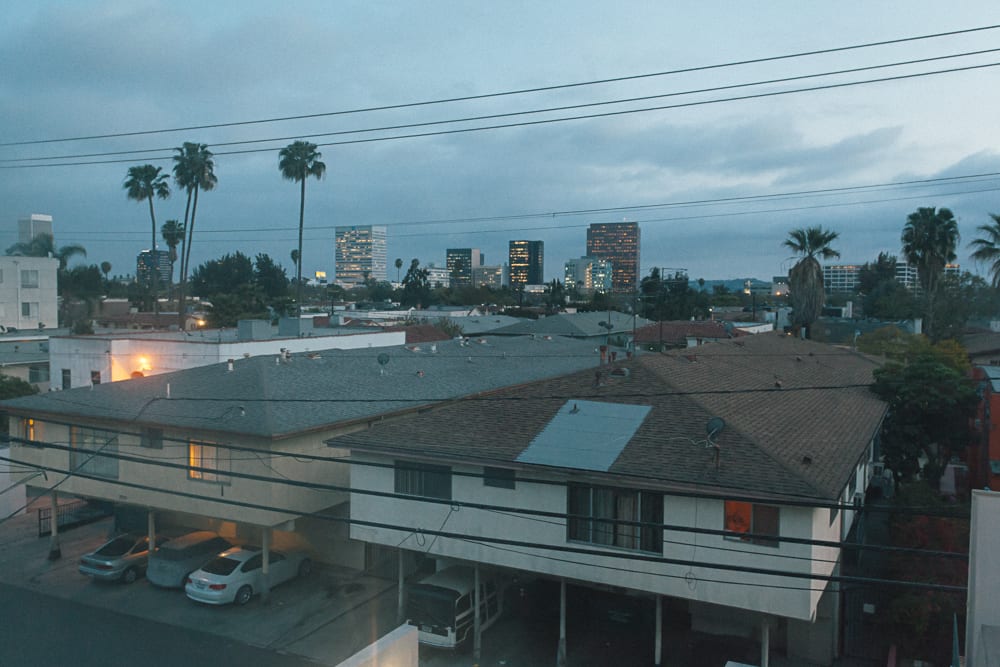 We love staying in West Hollywood. It‚Äôs in the middle of everything and has the best vibe. Our favorite hotel of choice is The Orlando Hotel. It‚Äôs a boutique hotel and is also quite affordable and located within short walking distance to a ton of shops and restaurants. And it also happens to be right across the street from Magnolia Bakery! 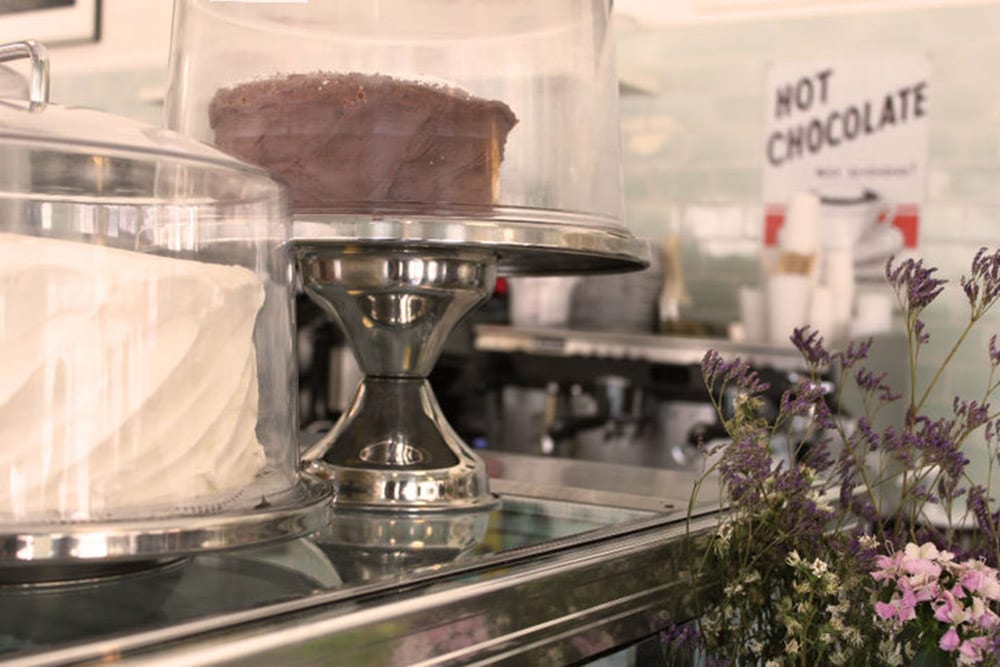 This NYC treat has made a name for itself out West. The location in West Hollywood is so charming and I personally prefer their cupcakes to Sprinkles. The bakery is prettier¬Ýand they taste a lot lighter overall. And don‚Äôt forget to try their specialty Banana Pudding. 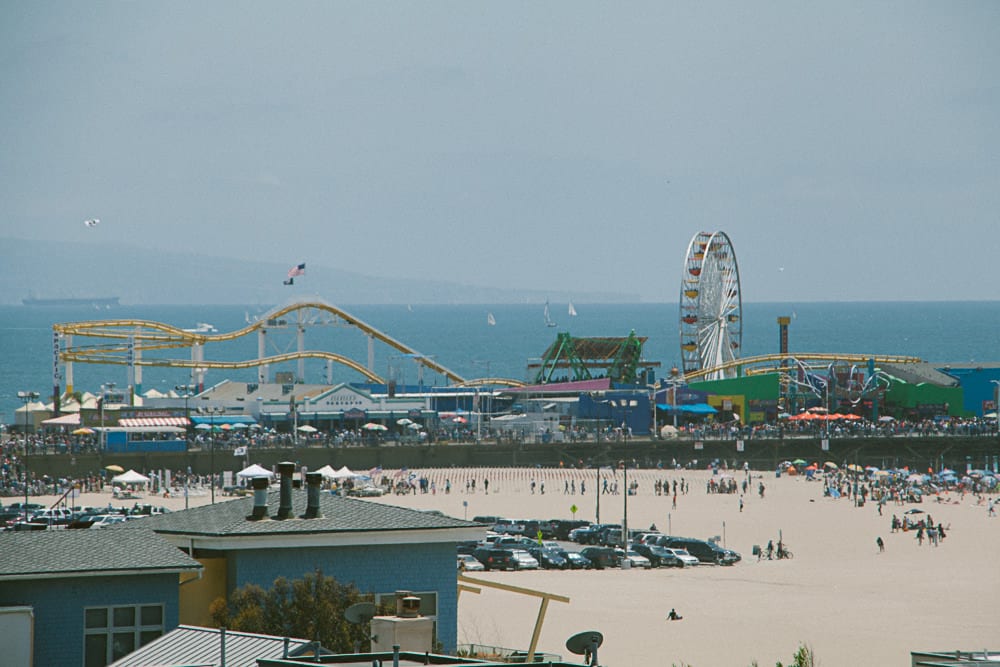 Santa Monica has been one of my favorite places in the world for as long as I can remember. There is just no place like Santa Monica! And perhaps the best thing about Santa Monica is that even after all the years I came here growing up, not much has changed with this place.

It still looks and feels exactly the same which is a wonderful feeling as time passes. Walking the promenade, watching street performers, or hanging out at the pier and renting some roller blades to ride down past Marina del Rey are¬Ýsome of my favorite things to do. 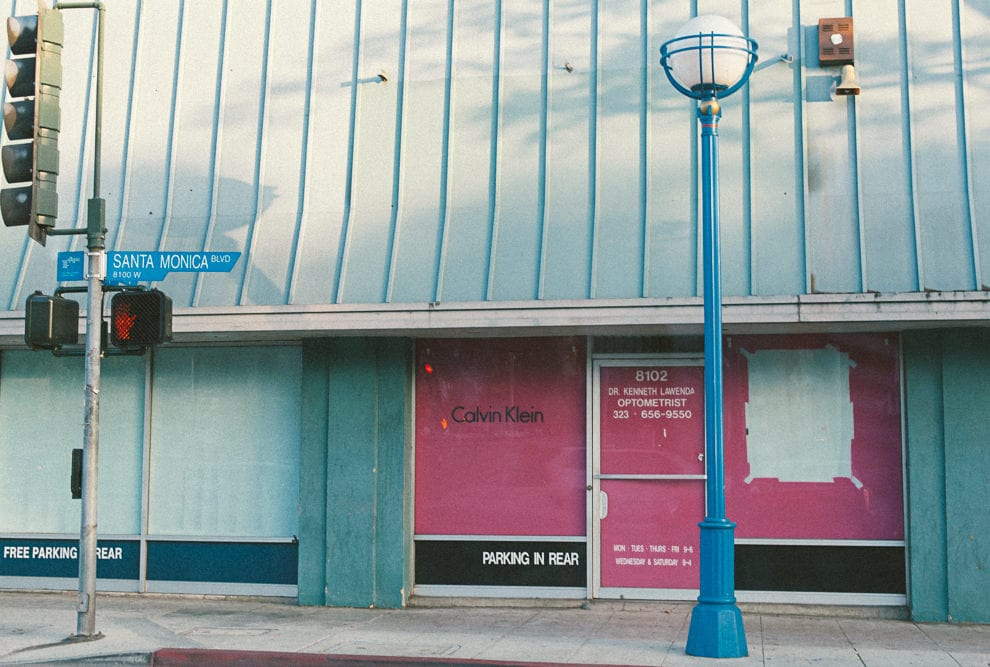 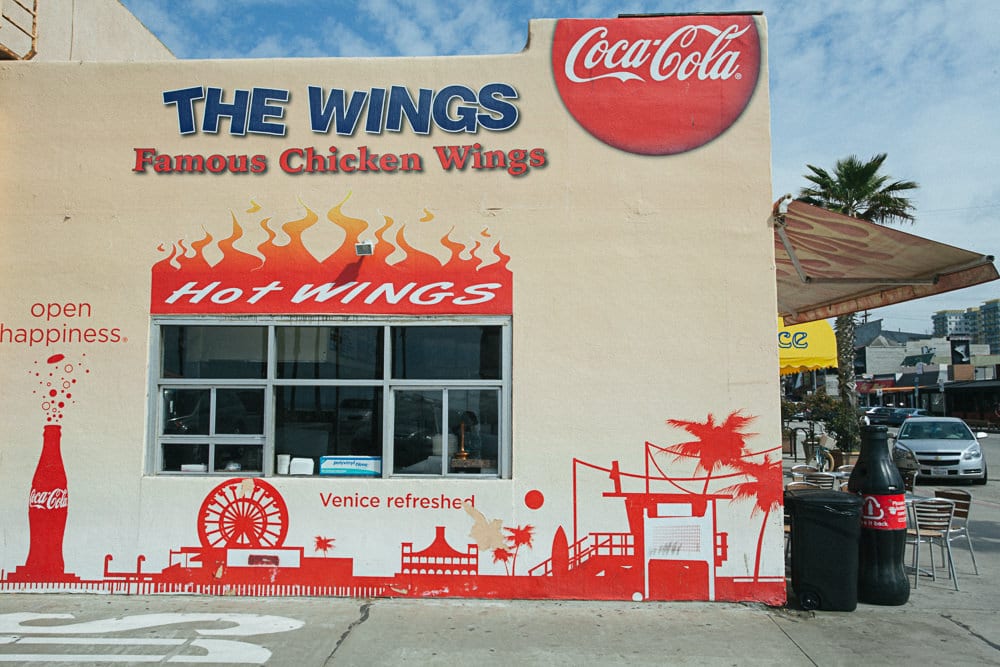 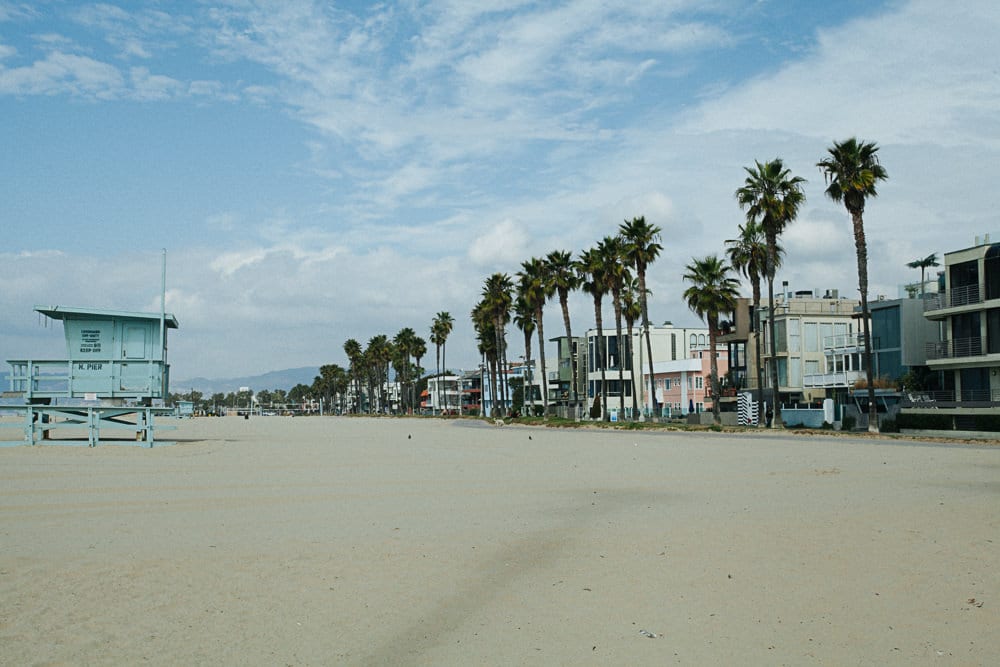 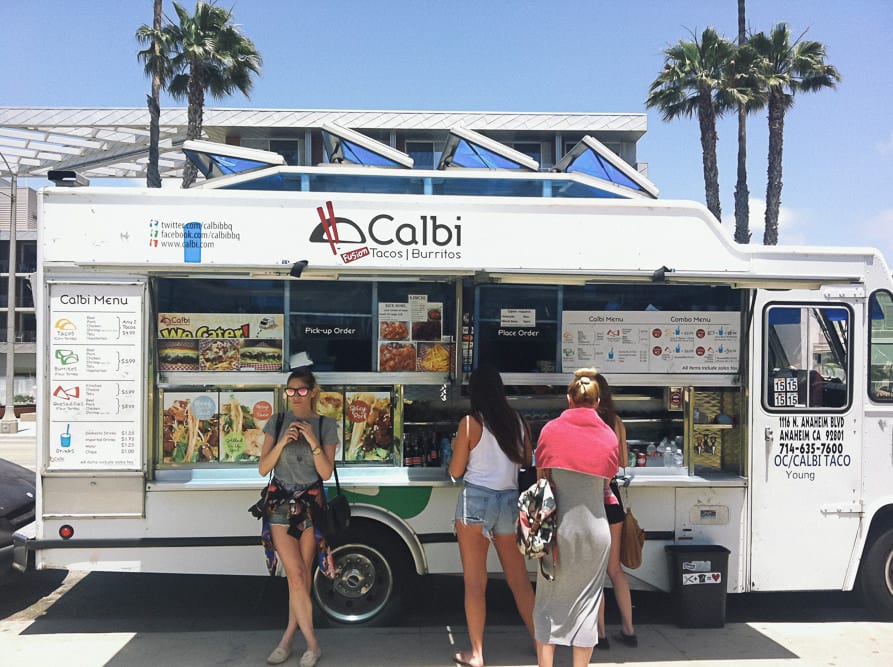 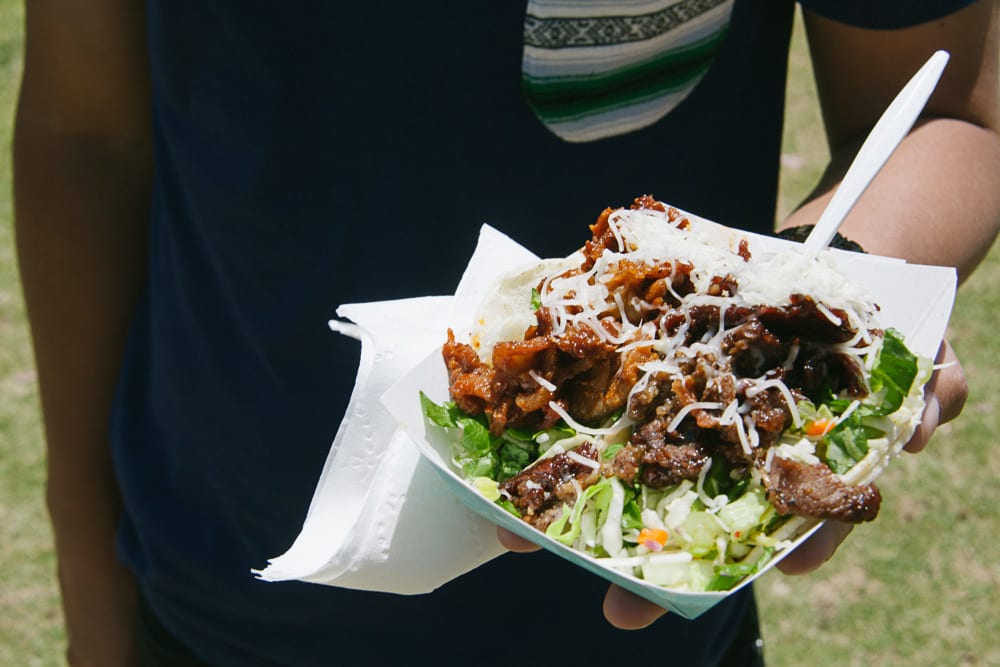 I swear I actually eat quite healthy, but short trips to the States really test my temptations. Korean BBQ taco trucks are all the rage now and well, I can‚Äôt help myself sometimes. And neither can my husband.¬ÝAlthough to be honest, I didn‚Äôt really care that much for the Kalbi tacos we had in Santa Monica. I‚Äôve had way better and the Bulgogi tacos at Kogi are supposed to be a lot better.

Drinks or Dinner at The Roosevelt Hotel 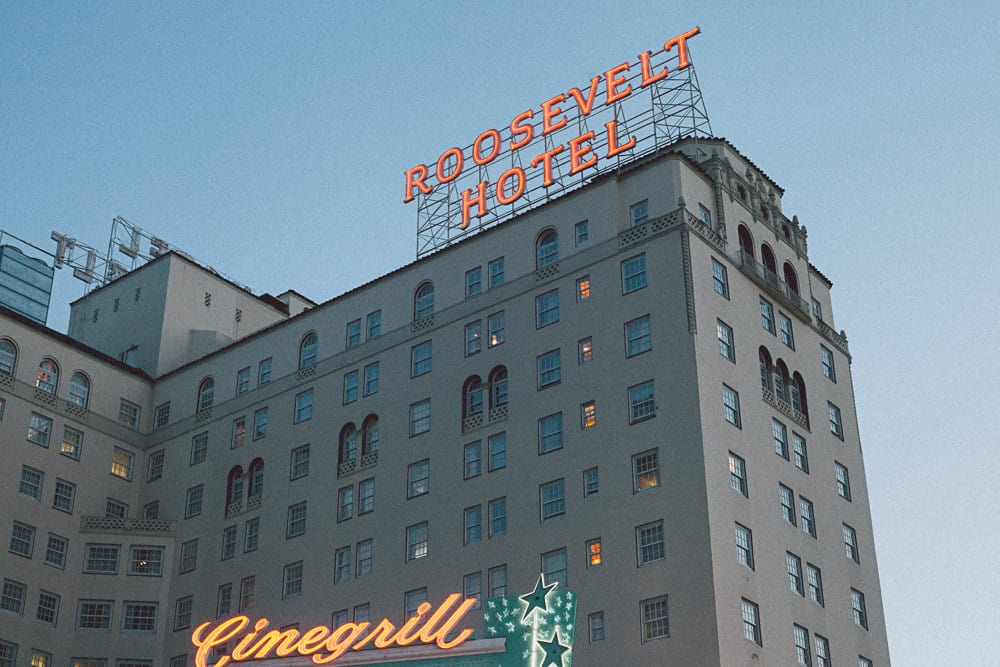 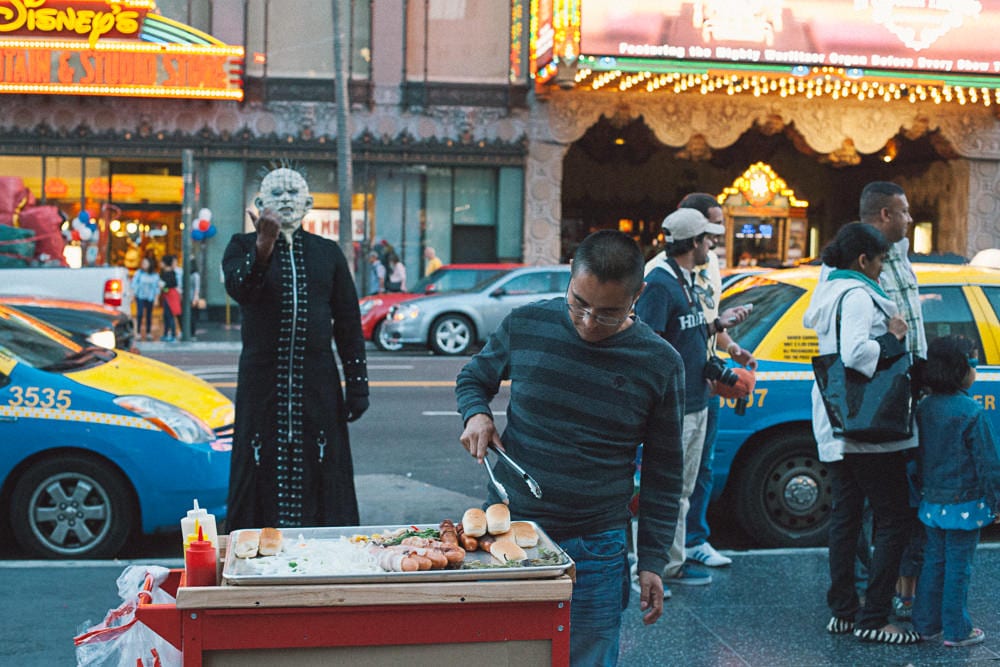 As often as we‚Äôve been to LA¬Ýwe never actually went to the Roosevelt Hotel before our last trip. It‚Äôs an icon and the home of so much old Hollywood history. Also if you‚Äôre a fan of Jimmy Kimmel, you can see who‚Äôs on and perhaps wait in line for a few hours to snag a last minute pass. We almost did this but decided against waiting. 48 hours in LA is not long enough! 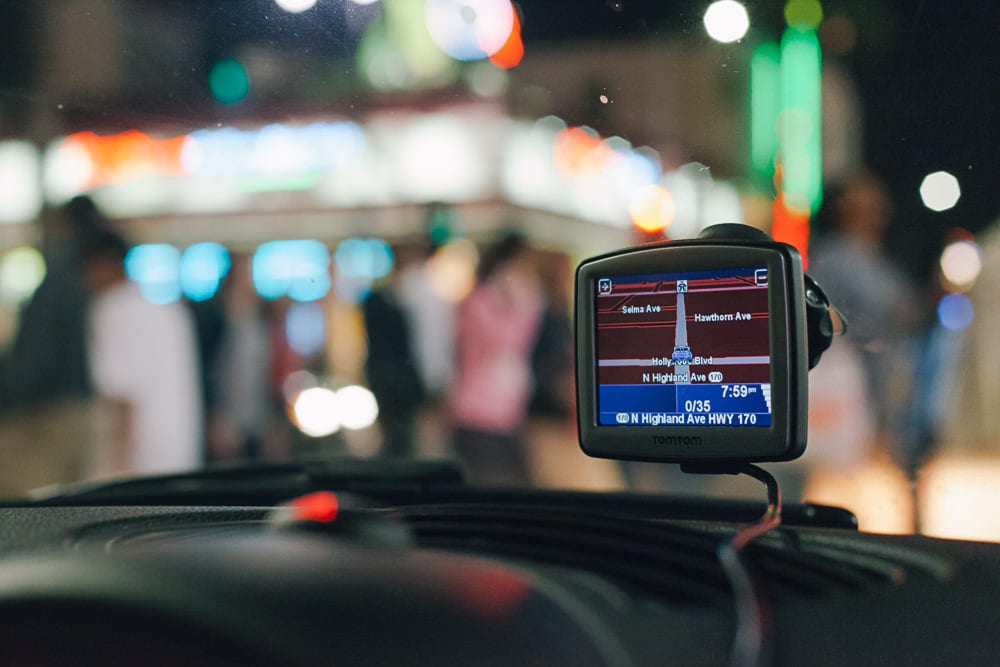 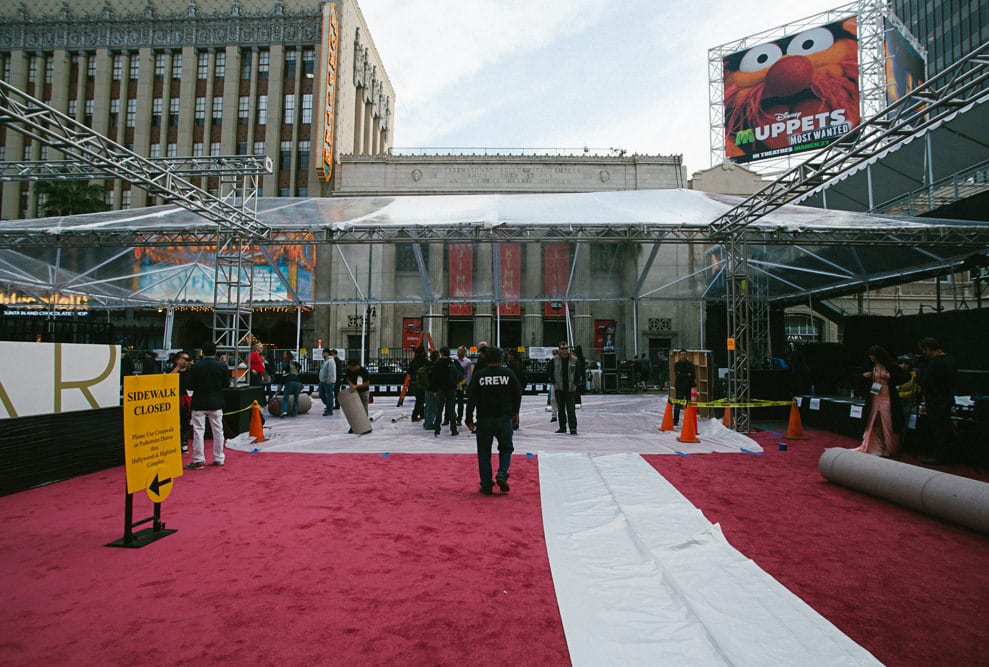 Catching a play at The Pantages Theater

We recently saw The Book of Mormon¬Ýand it was a ton of fun.

Cruise the PCH & Stopping Off at Duke‚Äôs Malibu 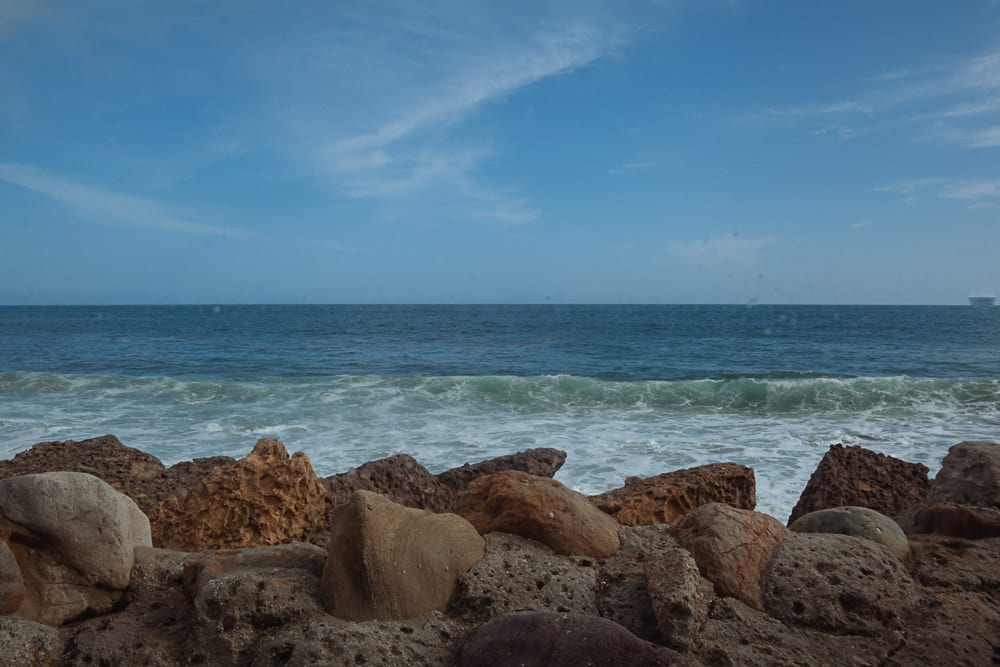 Nothing beats driving down the PCH, especially during sunset. We also love stopping at Duke‚Äôs Malibu for a drink or lunch along the way while sitting at a table next to the water and taking in the Pacific‚Äôs breathtaking views.¬ÝI kinda like the vibe of this place. Plus, a long time ago back in 2006 we looked into this place to¬Ýhost our wedding reception….so pretty. 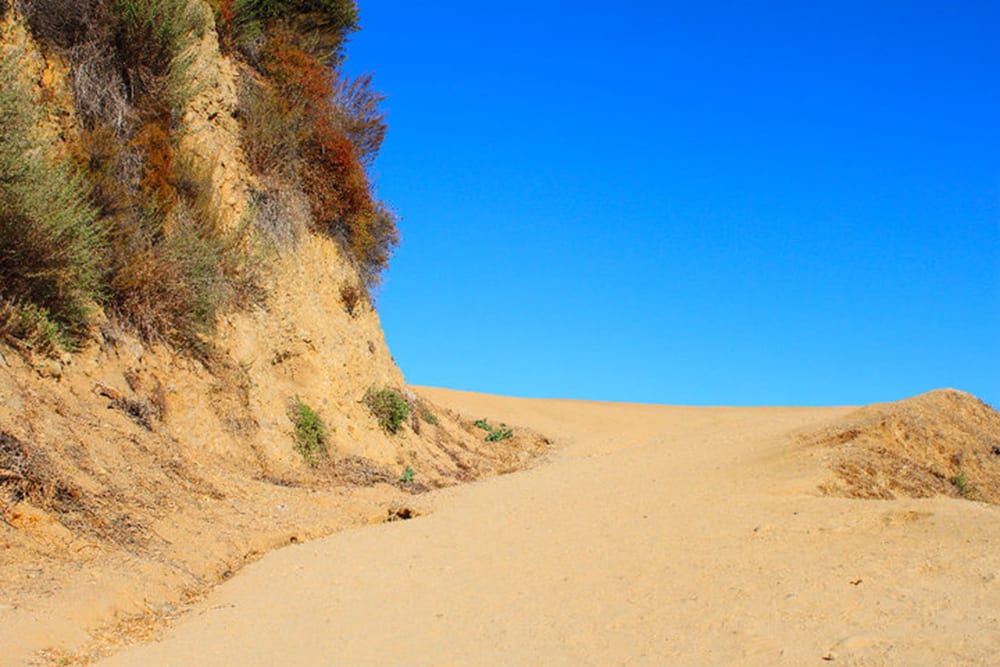 Drinks at The Bazaar at SLS Beverly Hills

The Bazaar at the SLS Hotel in Beverly Hills is definitely worth checking out at least once. The decor is over the top, but The Bazaar is pretty interesting and the food is excellent. This place is a bit dressy and it‚Äôs sometimes hard to come across a table on a weekend. But the liquid nitrogen Caipirinha is impressive and the candy bar is also fun.

As for staying at the hotel itself, I was not that impressed with the SLS Beverly Hills. Back in the day, I can see how this place was all the hype. But we even got a suite upgrade¬Ýand I felt like the room had a dirtier history than I‚Äôd care to know about.¬ÝLittle things were off and it was just too stark modern for my taste. But The Bazaar is¬Ýworth a stop. Besides,¬Ýthe Morton‚Äôs and Fogo de Chao are right next door if you‚Äôre super hungry for a nice steak dinner. 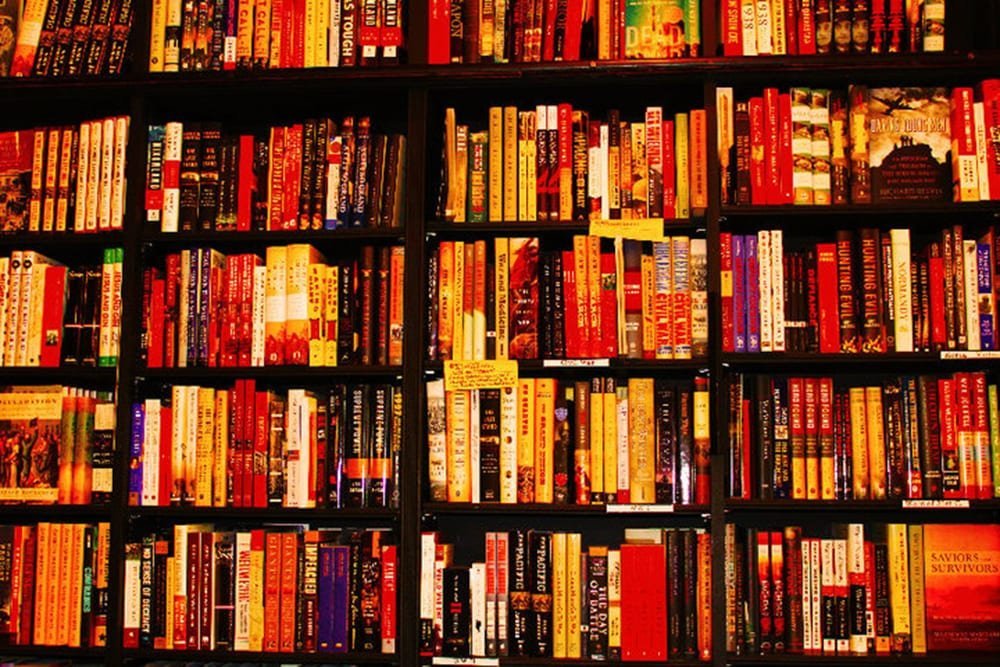 Book Soup¬Ýis like the LA version of Shakespeare and Company. Worth checking out.

Crossroads Kitchen was some of the best food we‚Äôve had in LA. Ever. We wanted something healthier so we decided to try Crossroads Kitchen because of the stellar reviews and because it’s vegetarian.¬ÝWe actually lucked out because¬Ýwe flew into town and literally made no plans at all for dinner. Little did we know, we showed up with paparazzi waiting outside the door.

We walked in, it was super packed, but somehow we managed to snag a great seat. Dining out in LA is always an interesting experience because you never know who you‚Äôll sit next to either. Our dinner entertainment came in the form of the chatty comedian sitting next to us who wouldn‚Äôt shut up about all his money. But it was an interesting night and the food was to die for…. 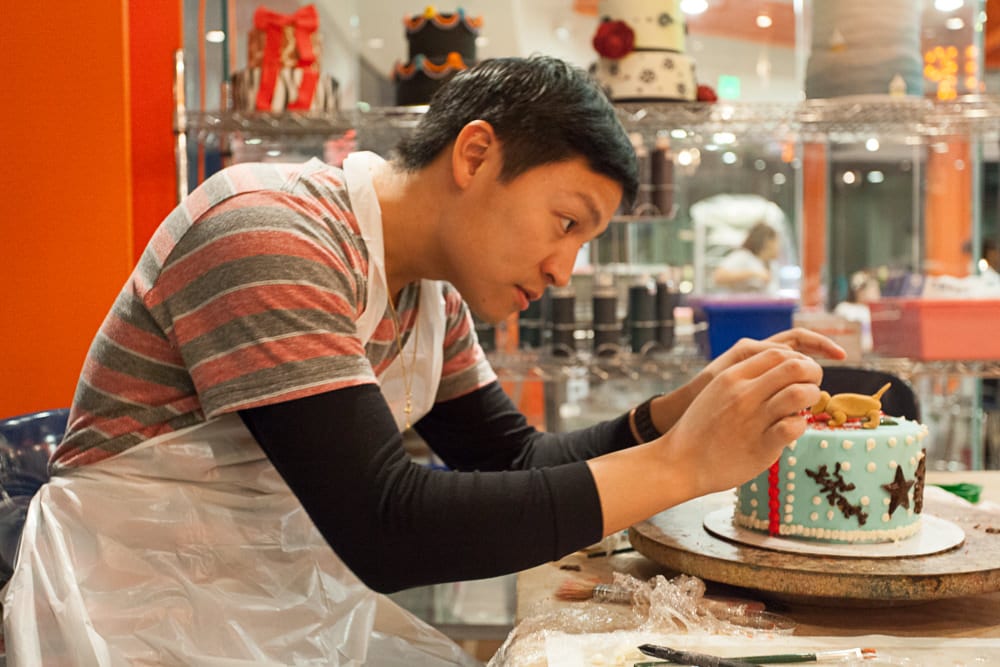 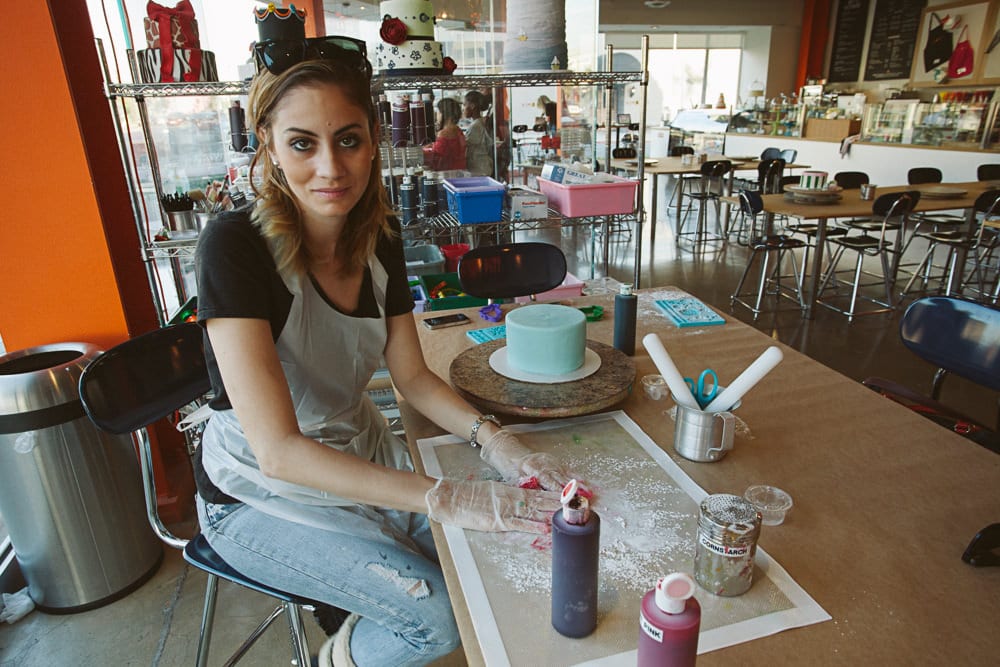 Right across from Crossroads is Duff‚Äôs Cakemix. When I first saw this studio, I had a five-year-old moment of excitement. The studio is so trendy and better yet, the entire day reminded me of an episode of Blind Date. Remember staying up late in high school watching daters hook up at random places like this around LA? I do.

Well, this place is the epitome of an LA Blind Date episode.¬ÝBut it‚Äôs perfect for girlfriends and families too. We decorated a fondant cake and Daniel even spent twenty minutes sculpting a chihuahua model of our dog. He‚Äôs never baked in his life, but he had the best time too. I have a ton of fun pictures from our excursion here so this week I‚Äôll write a post on Duff‚Äôs and link it back.

That said, I‚Äôm not sure if there are any gluten-free alternatives. I have a slight wheat allergy so although I had the time of my life decorating the fondant cake, I couldn‚Äôt eat that much of it. I gave it to a friend though :(.

LA is home to some pretty awesome Jewish delis such as Langer‚Äôs and Canters. And well Canters has been in a number of TV shows and movies over the years (including my favorite show Curb Your Enthusiasm). Both of these places are iconic establishments in LA. 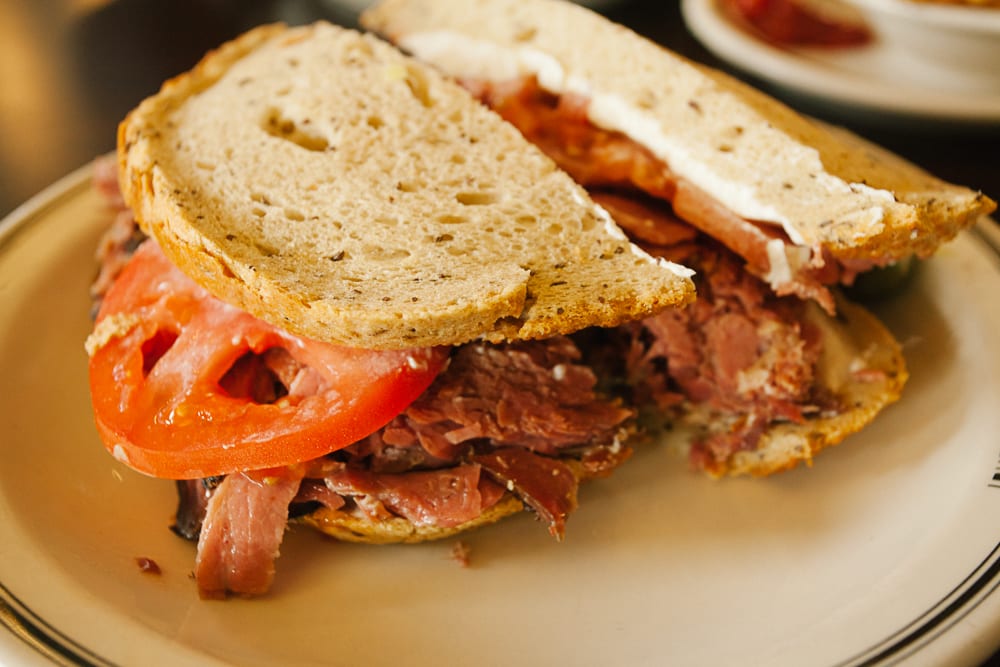 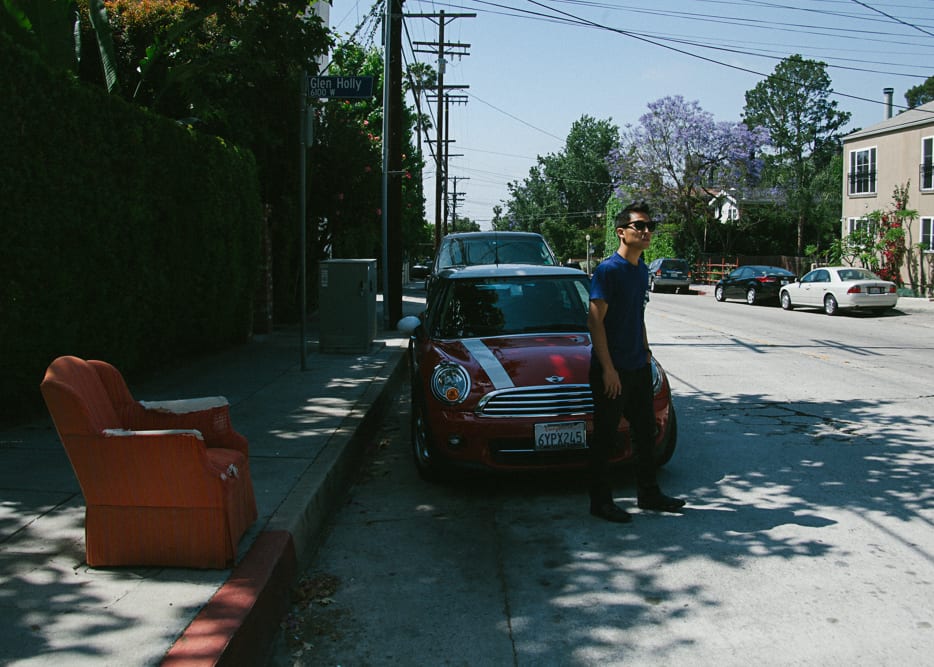 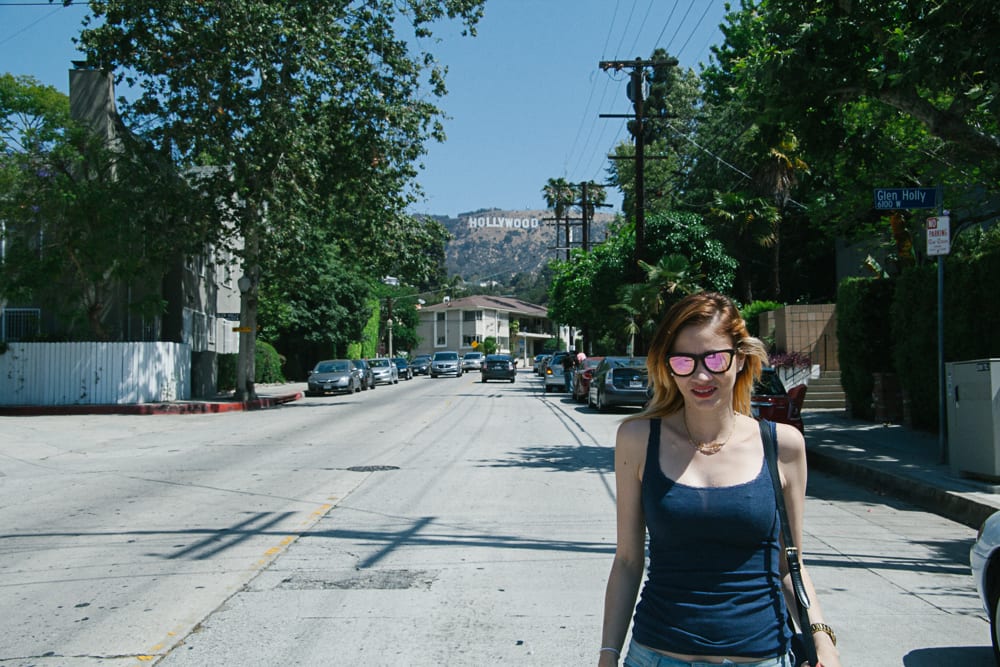 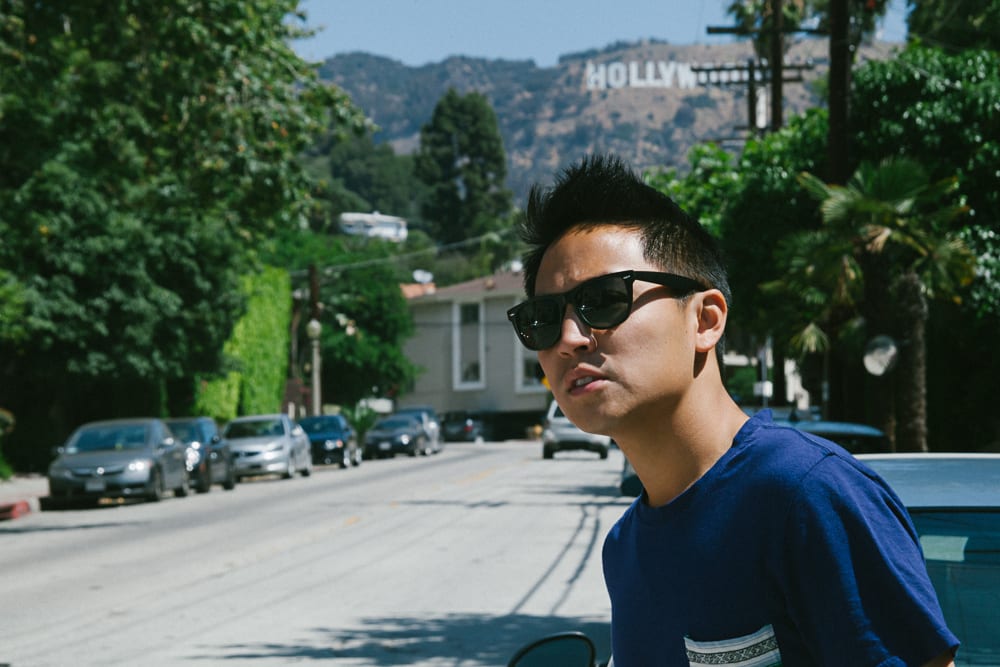 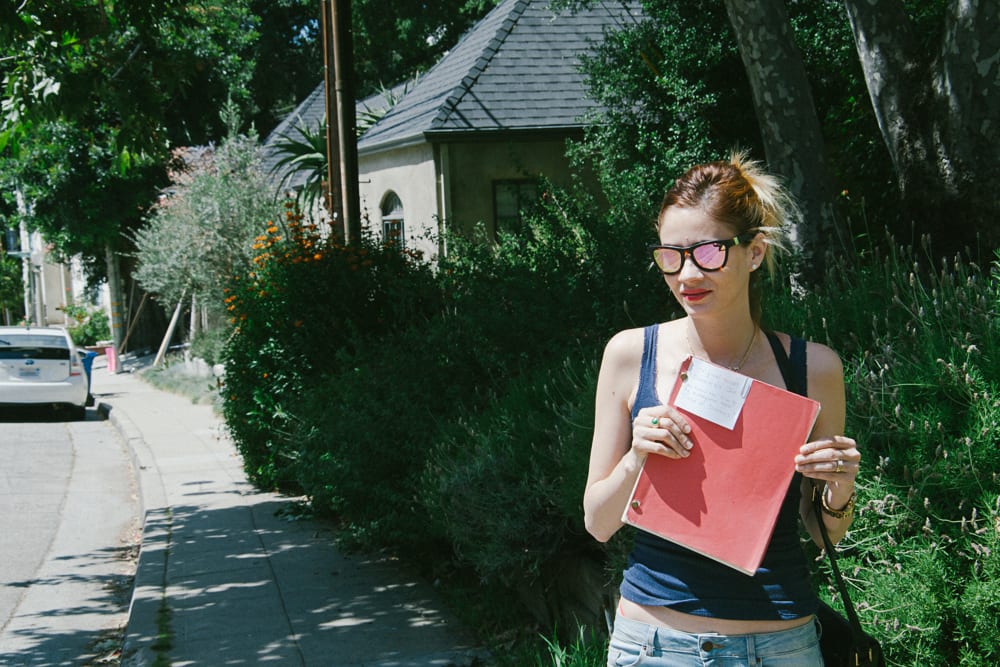 We drove around Hollywood Hills in search of garage sales and stumbled upon a movie producer‚Äôs home. She had a ton of vintage magazines and interestingly, an original script from the movie Field of Dreams which is now on my coffee table.

Actually, Bull Durham is one of my favorite movies of ALL time but Kevin Costner plays a similar role in Field of Dreams so I figured this was the next best thing. But as I browsed around the sale I chatted with the producer who also worked on the set of Bull Durham!!

Too bad she didn‚Äôt have a script¬Ýfrom that movie, but she also agreed¬Ýabout how brilliantly BD captures the culture of Southern baseball…and how gorgeous Susan Sarandon is.¬ÝSeriously a great way to spend an afternoon.

The Brentwood Country Mart is one of the more upscale complexes in LA and I‚Äôm not sure why it‚Äôs so famous.¬ÝNevertheless, I read about brunch at Farmshop so we decided to go…and we went twice. We liked it that much! I also discovered the wonderful world of homemade chocolate Almond Milk LA. I wish this could be our weekend brunch spot…

Watching the Sunset From Santa Monica Pier or Griffith Observatory 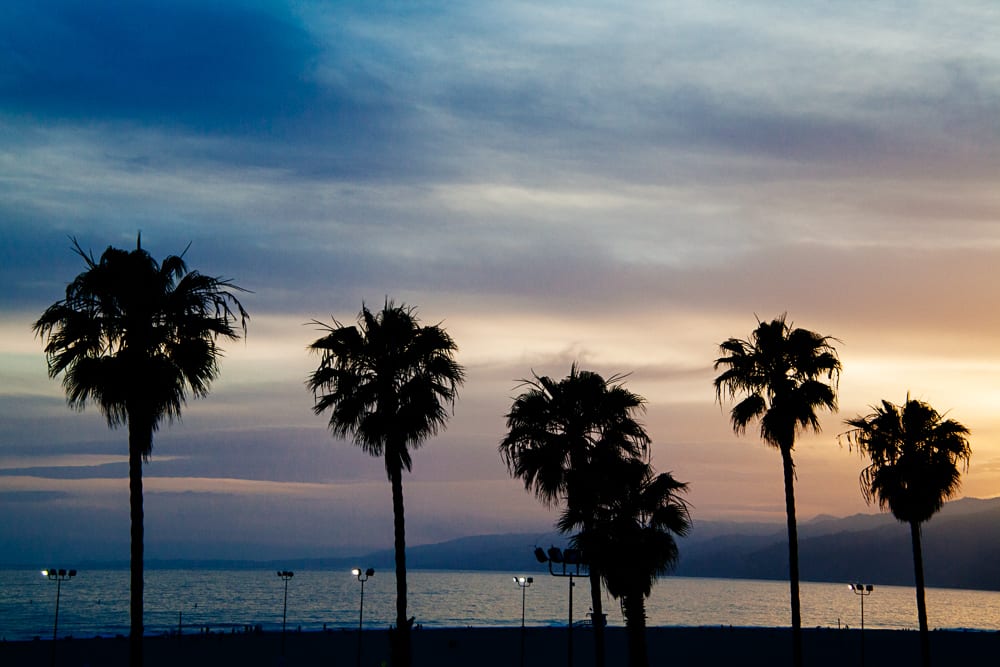 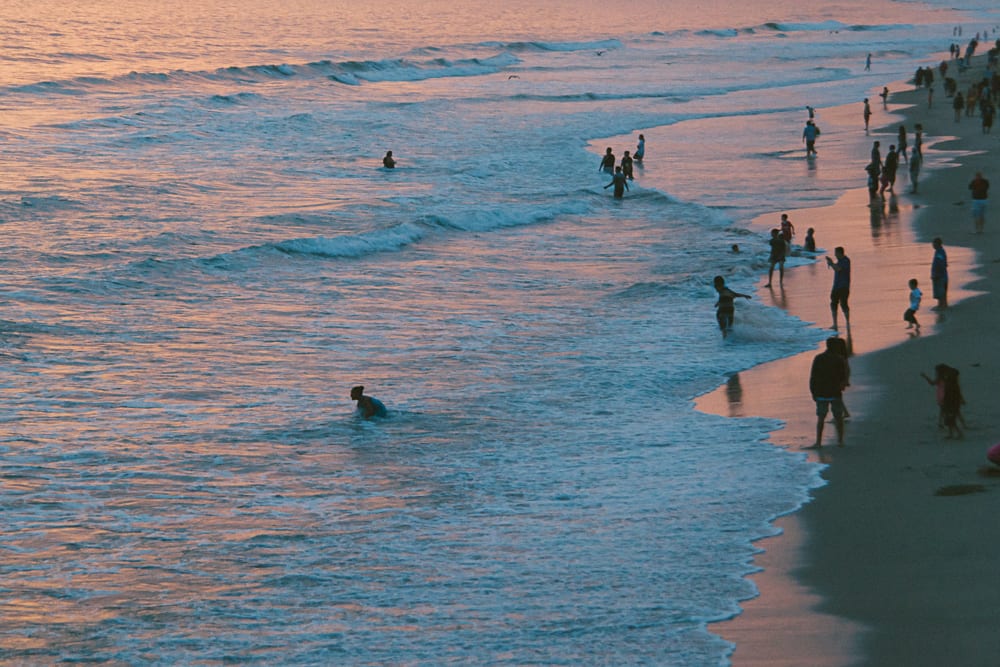 This view never gets old. I’ve watched this sunset almost every year since I was 14. Hope to get back here soon again.

These are some of my favorite things to do in a short weekend in LA and it never gets old. 48 hours in LA is never enough time, but enough to get my fix of So Cal. 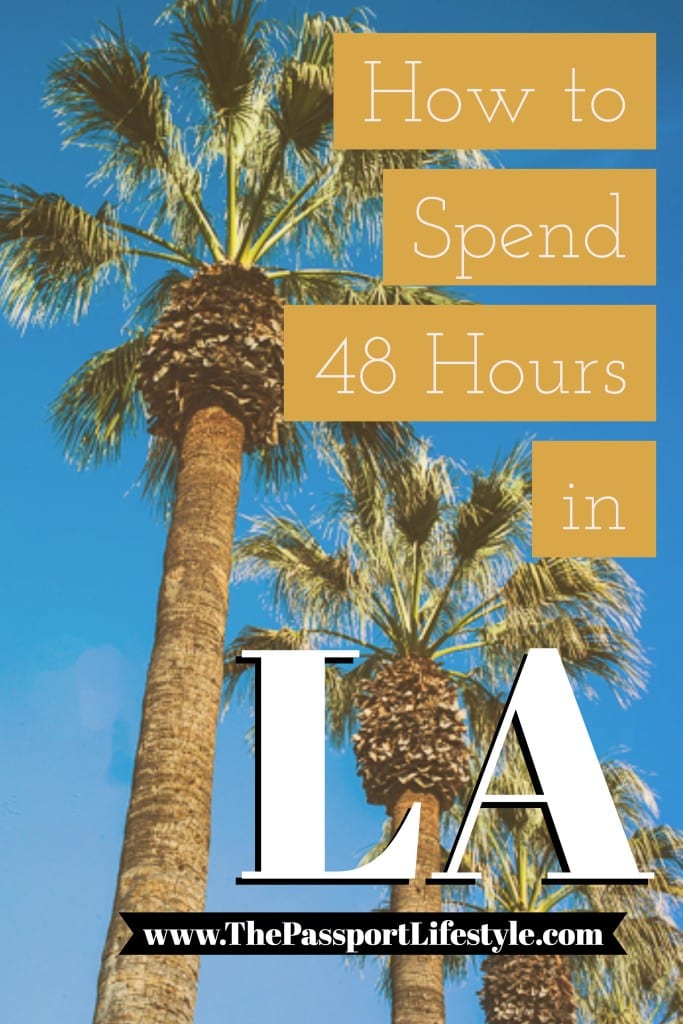 Traveling to Yosemite in March

Whaley House Tours: My Experience at America‚Äôs Most Haunted House