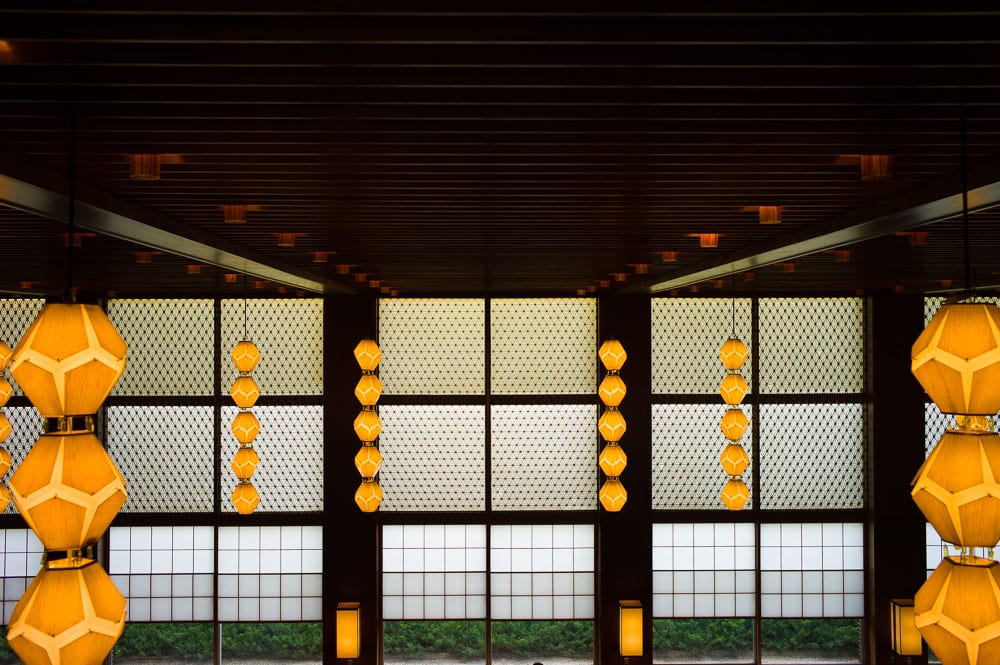 A Photo Essay of Our Stay at The Hotel Okura Tokyo

The Hotel Okura Tokyo is hands down one of my top favorite hotels on this Earth, but the government is tearing down the main building of the hotel next month in order to rebuild a “newer and better” Hotel Okura, just in time for the Olympics. Why you may ask? Tokyo has a horrible habit for side-stepping history and art and moving forward with these kinds of politically motivated developments. And in case you didn’t know, they’ve also decided to get rid of the iconic Tsukiji fish market (GASP! WTF!), another devastating loss to the city.

But the reason that I and many others are absolutely heartbroken about this particular destruction is that the Hotel Okura Tokyo represents so much. It’s a timepiece of both art and history and in many ways, it’s a priceless piece of art itself.

The Hotel Okura has cultivated an energy and a spirit of its own over the years – something not easily done. In a world of rapid development and cookie-cutter landscapes, this place stands alone. Like the Palace of Versailles, you have a structure that has so beautifully preserved its original period architecture, history, and design.

And when Mid-Century Modern design declined, The Okura remained strong and embraced its beautiful hybrid of Mid-Century Modern and Japanese design. Today, you can literally walk back in time into the Cold War Era. On the Seiko world clock in the lobby, if you look closely, you’ll even see an option for Leningrad.

One may be inclined to think that such an old hotel straight out of the Cold War Era may feel antiquated or unkept, but this couldn’t be further from the truth. It’s extremely polished and well kept.

Every U.S. President since Nixon has stayed here. It’s played host to Princess Diana and Prince Charles and countless other dignitaries, including James Bond in the novel You Only Live Twice. It’s the quintessential spy hotel.

Immediately when you walk in, you will notice a large presence of men in black with ear pieces standing in the corner, in addition to large black security cameras positioned around the entire perimeter. I can’t describe how cool The Hotel Okura is, but if you appreciate cinema, history, politics and art, you’ll find yourself vastly overwhelmed with every detail of this place. I know I did.

The Hotel Okura Tokyo is located right down the street from the Prime Minister’s residence and the American Embassy. It has played a massive role in American and Japanese political history over the last fifty-plus years.

Inside the hotel, you’ll find a gallery, proudly displaying photographs and even letters written over the years on White House stationery, thanking the Okura for its hospitality and role in elegantly hosting so many heads of state.

It’s the most cinematic and historic hotel I’ve ever stayed at. Salarymen and heads of state congregate in the lobby. Their Chinese restaurant, Tohkalin, feels more like an upscale ballroom you’d find deep in the heart of Shanghai. And good luck securing a breakfast reservation the next morning in their main dining hall; but if you do, keep an eye out for CIA or global leaders.

We stayed here during our last week in Japan, which felt like an apropos goodbye to the city we’ve fallen in love with and called home for 4 years. We found ourselves wandering around Akasaka one night after dinner at Nobu. After we ate, we decided to waltz next door into the Hotel Okura and make a reservation for the next night.

One night I went for a bath at the spa, only to find myself alone in the small public bath. The walls were tiled white, contrasted with a single strip of burnt orange tiles complimenting the key-lime green shower curtains. I sat there for half an hour by myself, relishing one of my last spa experiences in Japan, and of course, dying for a photoshoot and simultaneously imagining the creative potential of such a room.

For a second I forgot where I was and felt like I got teleported back into a 1960s high school gymnasium or perhaps I’d stumbled upon a Stanley Kubrick film set from A Clockwork Orange. I wondered how many women over the years had sat there too, decade after decade, likely in the exact same spot looking at the exact same color scheme on the wall.

There’s something timeless about this place as if it represents the ushering in of new decades though it stands as a bulwark against unfettered development and post-modernism. Yet ironically, in the end, The Hotel Okura lost the battle to time.

Since the hotel will be gone by the next time I return to Tokyo, we honestly couldn’t have found a better way to spend our last few days in Japan. 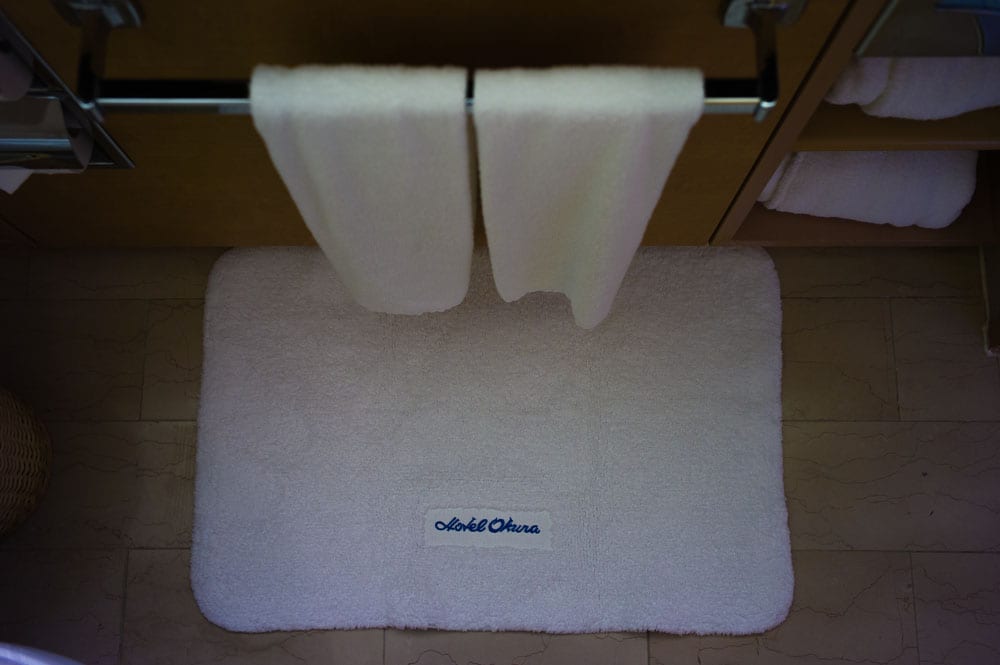 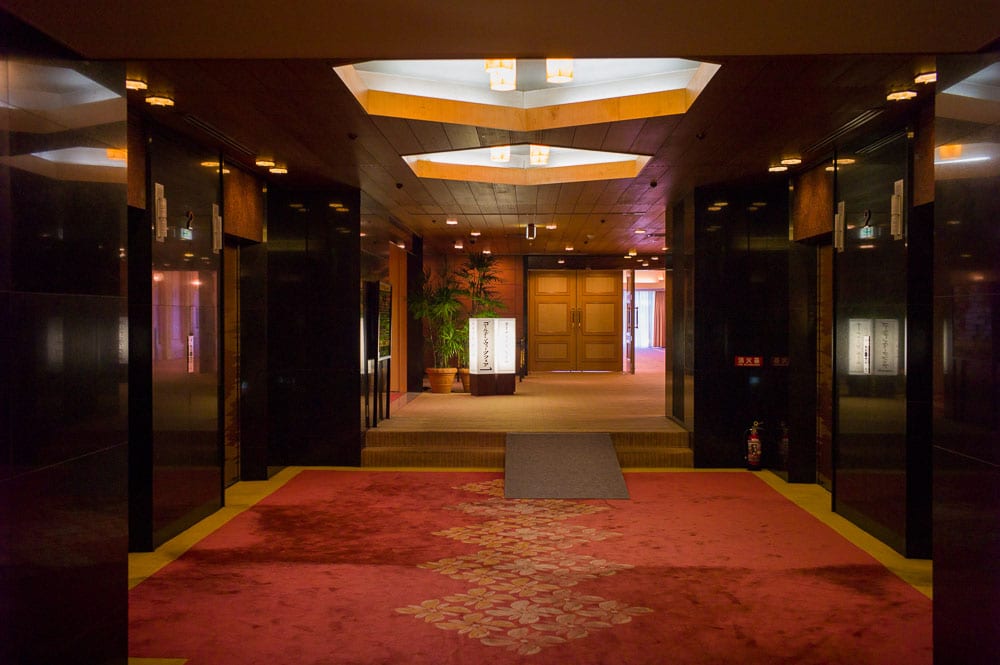 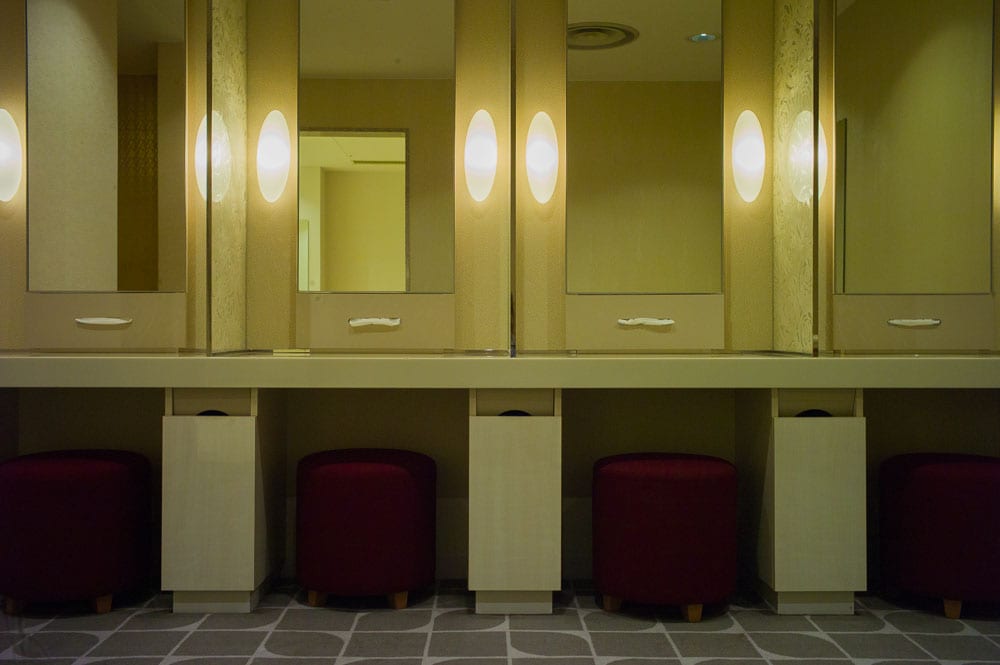 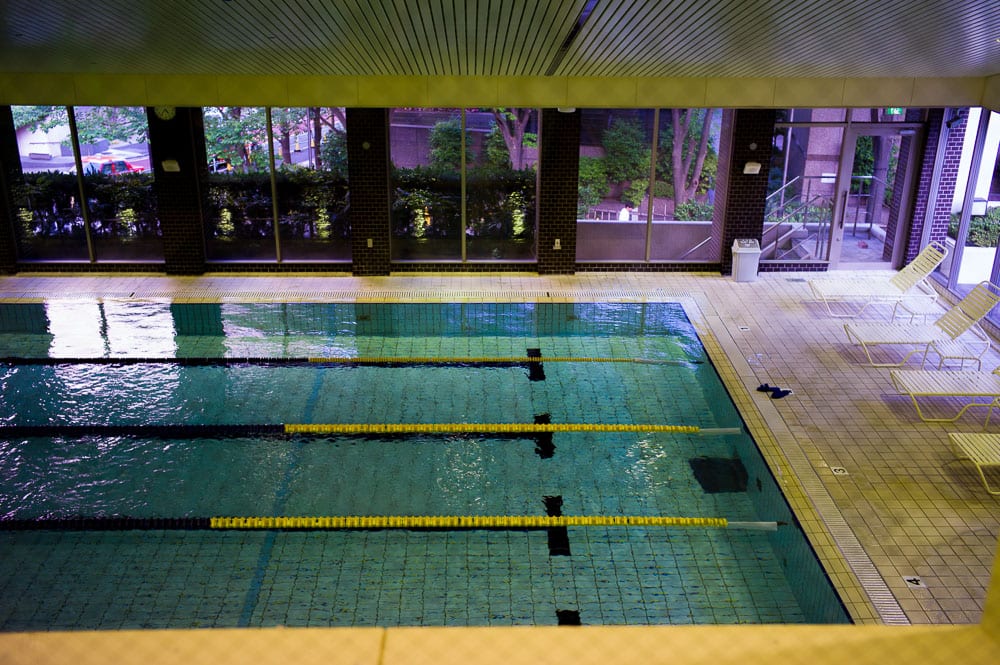 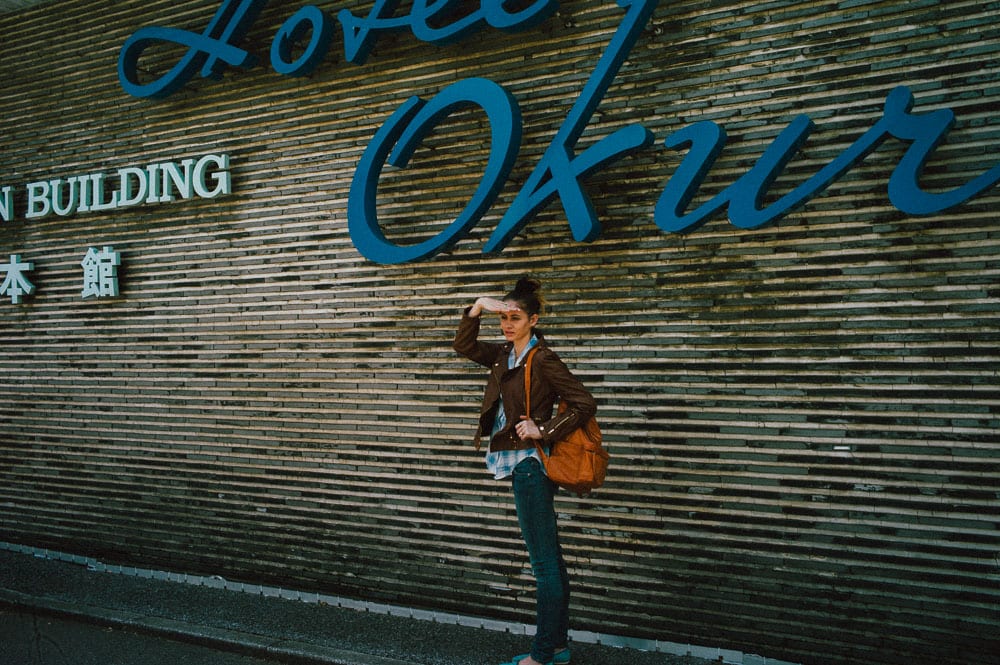 This hotel is utter perfection. I hope I’ve been able to show you a glimpse of why The Hotel Okura Tokyo is so special.

Please sign the petition against destroying this priceless work of art. Save the Okura.