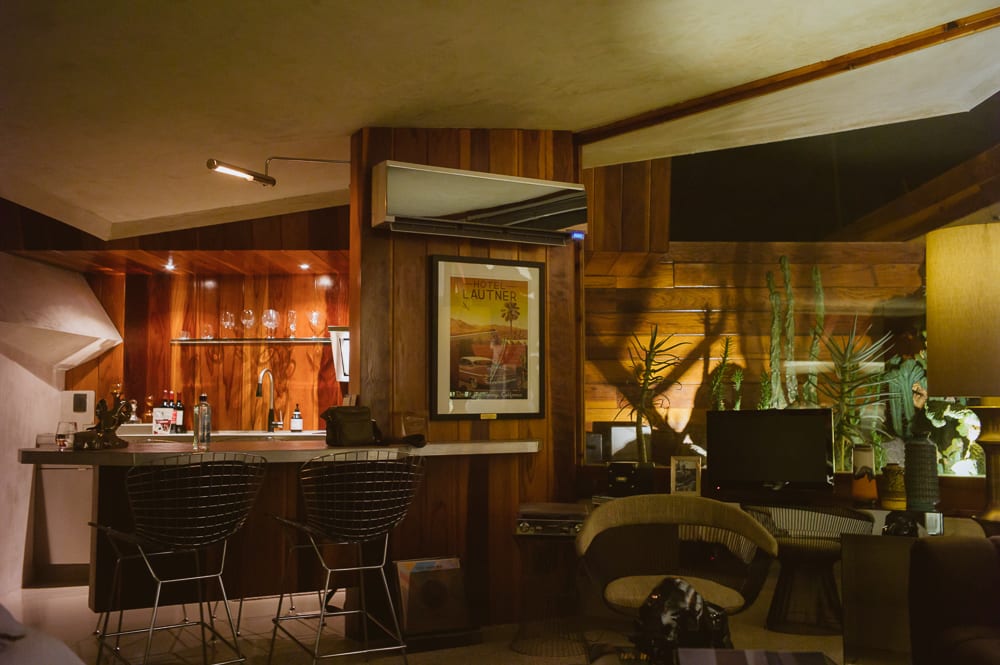 My stay at Hotel Lautner in Palm Springs goes down as one of the most interesting and generally awesome hotels I’ve ever stayed at. For anyone who appreciates Mid-Century Modern architecture, this place is a goldmine.

More than any other style of design, I love Mid-Century Modern the most. The geometry, the symmetry, the mood. There’s something inherently cinematic about it. You can’t help but feel like you’ve walked into a James Bond film, yet my eyes lust over every detail of thought that is seamlessly coordinated. 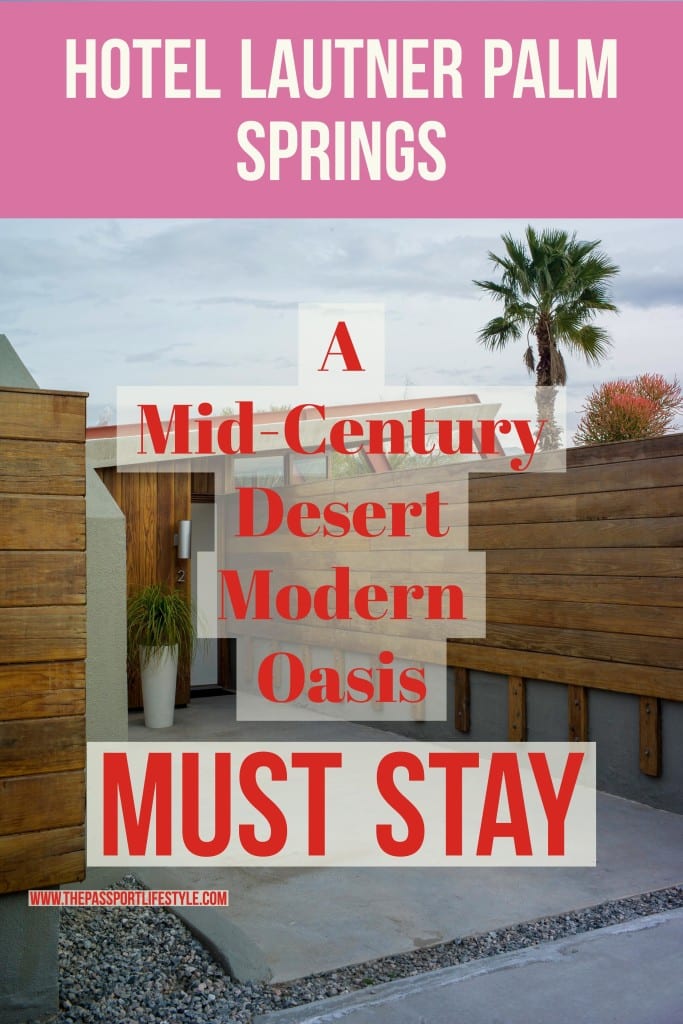 Desert modernism feels almost martian but in an aesthetic, that’s devoid of traditional gender preferences. It’s the perfect hybrid of nature, but with the tranquility of a zen garden. Maybe that’s why you see so much Mid-Century Modern design in Japan.

Earlier this year, one of my best friends and I headed out to the desert towards Palm Springs. I desperately needed an escape from Boston’s unforgiving slew of cold and ice and we needed a girls weekend. We decided then to make Palm Springs a yearly retreat.

I went to college in the Southern California desert, somewhere between LA and Palm Springs. I grew up in Texas. I’m not cut out for colder climates, need I say more!

We headed out towards Coachella Valley to a spot called Hotel Lautner. This is named of course after the famed architect John Lautner. 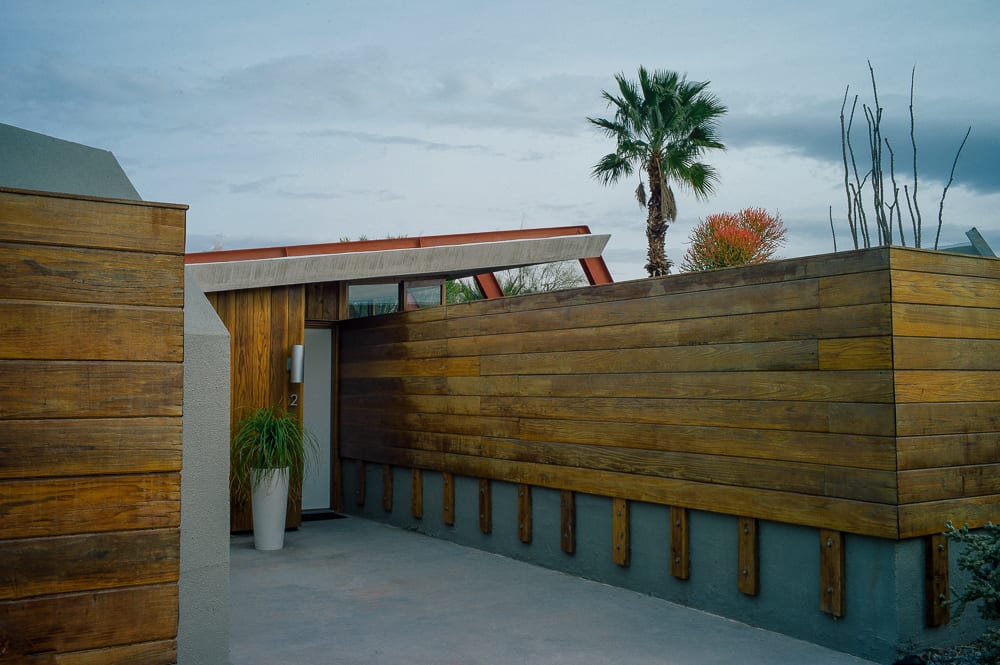 In 1947, Lautner built this four suite motel called the Desert Hot Springs Motel and ushered in desert modernism. The hotel was originally host to some of Hollywood’s elite.

After years of decay, the new owners purchased the property with a vision to remodel it to its former glory. So I guess you can say it’s more post-modern. The structure hasn’t changed, but the hotel was updated with sensible decor and high-quality products such as Frette linens and L’Occitane products. Every item and every piece of furniture was artistically designed, arranged, and placed with the same thoughtful intention of John Lautner. These rooms are simply works of art. 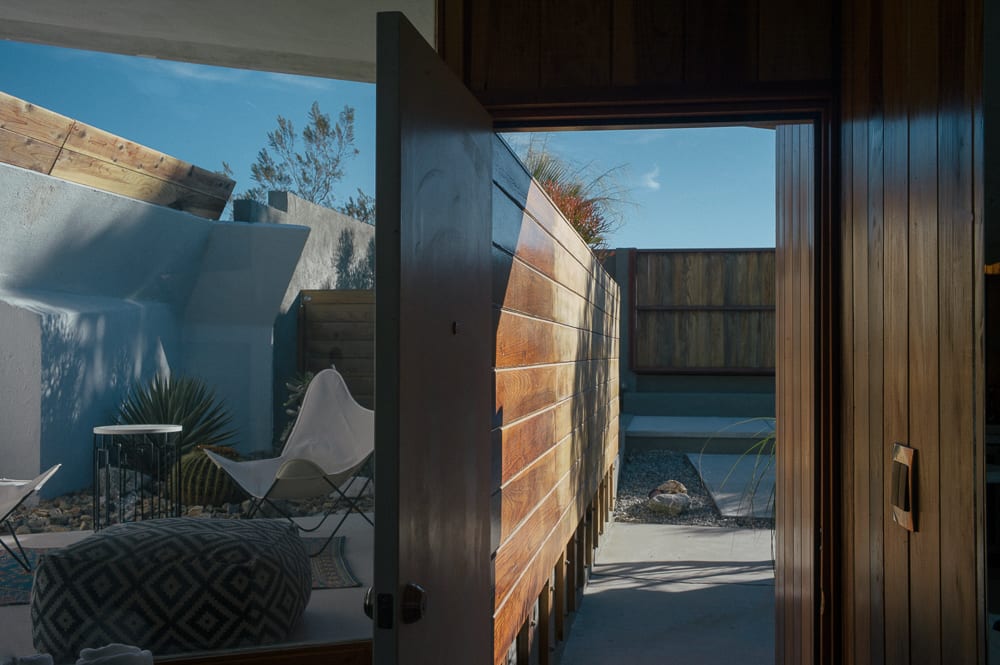 My friend and I are both lovers of Mid-Century Modern so you can imagine our reactions when we walked into our room, the Desert Retreat. We were stunned and couldn’t figure out what we loved most. The private succulent garden, outlining our floor to ceiling windows? Or perhaps the interior design that left your eyes scanning every detail of the room? It felt like stepping back in time, or inside an issue of Architectural Magazine.

The hotel merges with the desert landscape and not only creates a distinct mood, but the hotel itself takes on qualities of the desert while simultaneously transporting you back in time to the Mid-Century.

Cars used to drive up and park in front of the angular units. You can still see these classic driveways, except they are now converted to cement walkways. It’s easy to imagine a line of Thunderbirds parked in front of each door. It’s hard to imagine an era when there was such a consistent style of cars and design which is why it photographs so well. 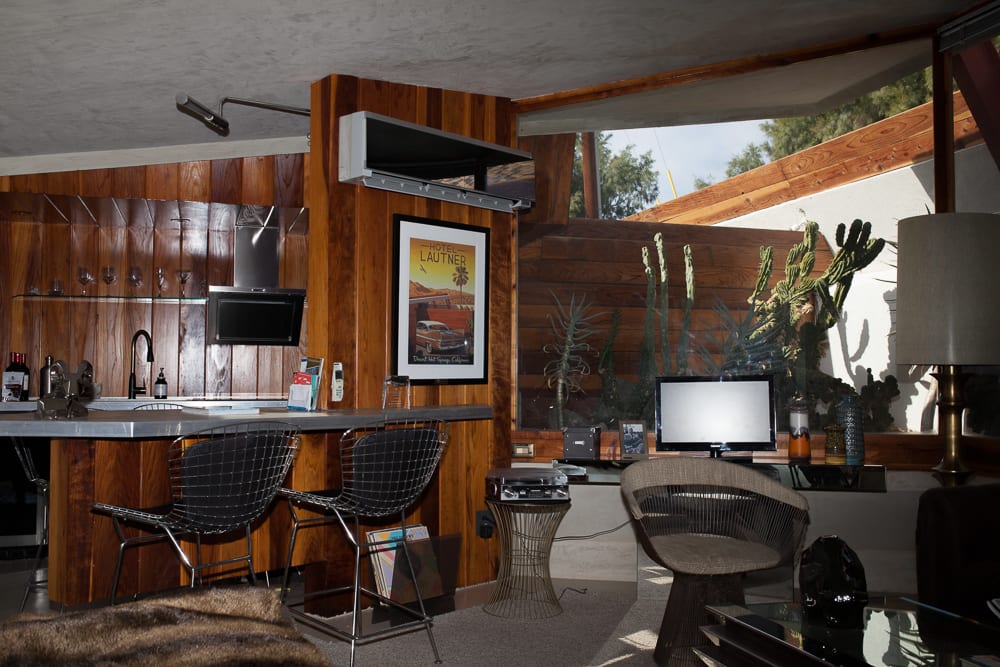 Next to the modest-sized TV, you’ll find a set of DVDs including a documentary on Mid-Century Modern architecture and the famed documentary Visual Acoustics: The Modernism of Julius Shulman. You’ll also find books about the property.

We spent two nights at our desert retreat. There was a zen-like tranquility to our stay. You can’t help but feel that way when design and nature are in perfect harmony.

Save The Hotel Okura Tokyo: A Night at a Fascinating Mid-Century Modern Icon

Save The Hotel Okura Tokyo: A Night at a Fascinating Mid-Century Modern Icon