Do you want to actually see Tokyo?

Japan is endlessly, endlessly interesting to me...and even after going on nine filming trips there, i don't think I've even scratched the surface and I don't think I ever will....Tokyo is deliciously unknowable.

Tokyo is an incredibly complex city and it’s so easy to feel lost, but if you can peel back those layers and map out the city in such as way that’s both specific and digestible, then the average traveler will be able to leave, knowing this city, but more importantly, leaving as a different person for having seen and experienced its true richness.

Travel truly is the best form of education.

This books contains over 400 pages & over 50 chapters of specific in-depth Tokyo recommendations & secrets.

Take a Peek Inside the Contents. Just Scroll.

When I first traveled there in 2010, I left with just a passport, a small bag, no wifi and a sentence of directions to my hotel. From the beginning of the adventure, I knew I had to move there. Eight years later, this guide was born.

It’s is a complex city, which is what makes it so endlessly fascinating, exhilarating, and the FUNNEST city in the world. But sadly, so many travelers are only skimming its surface.

Unlike Paris or London, Tokyo’s magic often remains elusive to travelers who are intimidated by either the language barrier and simply don’t understand what makes Tokyo so fascinating – its neighborhoods.

Traditional guidebooks group the city into over-simplified chapters like “East Tokyo” or “Central Tokyo.” I’m amazed at how these books really don’t capture the spirit of Tokyo & Japan.

Did you know that Tokyo actually has cities within this great city? And that the neighborhoods of Tokyo are what make this great city so complex and rich.

If Tokyo is the most complex city in the world and the country of Japan is structured from the top-down, it makes sense to not just create a guidebook about Tokyo, but to more specifically create a neighborhood guidebook.

If Tokyo’s neighborhoods are what makes it such a fascinating and complex city, then obviously you need to know its neighborhoods in order to actually know the city.

Yet, I haven’t found a guidebook yet on Tokyo that approaches the city in this way.

Hidden Tokyo breaks down nearly 30 of the major districts & neighborhoods into separate chapters, and provides specific insight for each neighborhood that’s designed to actually help you learn the essence of each district.

It’s straightforward and to the point and arms you with expert insight in a very organized fashion.

This book is designed to be the ultimate reliable and quick reference guide for those who want to experience Tokyo’s brilliance – suitable for everyone.

So you will leave actually knowing this city.  This truly is the ultimate Tokyo guide.

I dare you to find another book on Tokyo like it.

Tokyo’s complexity is what makes it the best city in the world. But, I truly believe that if you can peel back the layers and approach the city in a methodical, more specific and digestible way, you can get to know this elusive city. That’s my goal at least in writing this book. Without knowing its neighborhoods, it’s impossible to know this city. 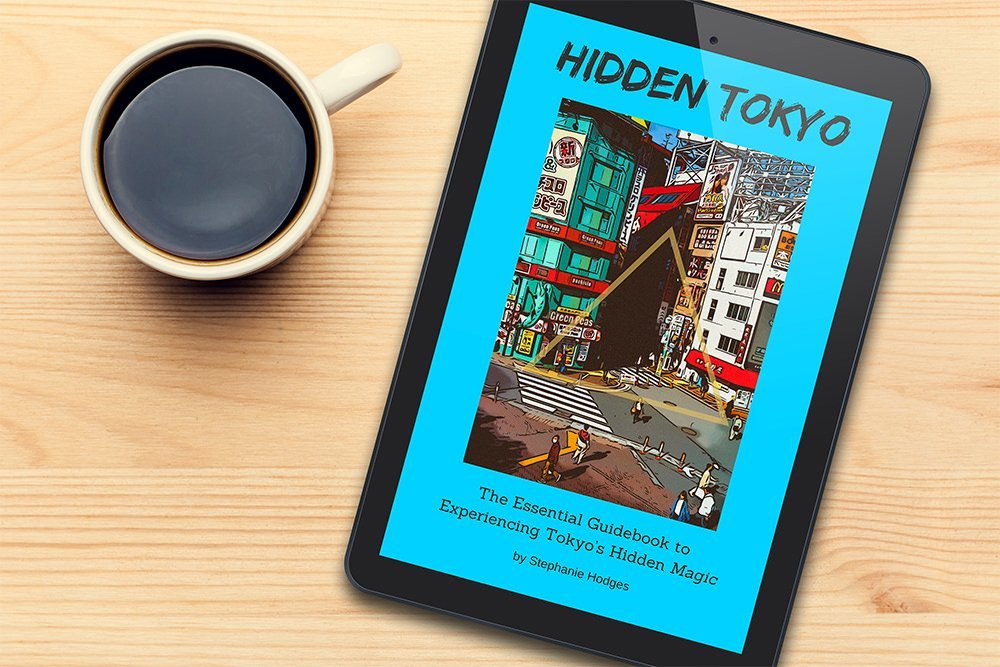 take your trip to the next level

Hidden Tokyo harnesses my 4 years of living an extensive Tokyo lifestyle into one amazing book. I was fortunate to have the  opportunity to fully explore this city & with that, I’ve accumulated a vast wealth of information. And so I turned it into a book.

To me, this book is an invaluable resource to anyone traveling to Tokyo who wants to truly have a deeper experience.