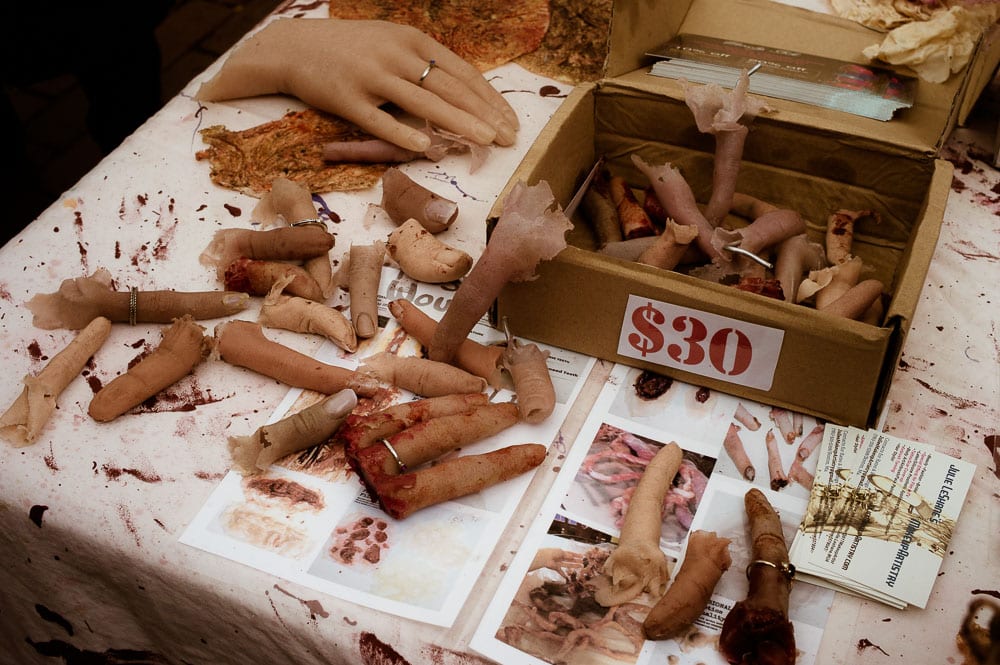 Traveling to The Kennedy Compound & An Epic Cape Cod Sunset

Halloween in Salem has long been on my bucket list. I remember the movie Hocus Pocus from my childhood, as do most normal 90s children. So, getting to see Salem for Halloween was always a curiosity.

Aside from that, Halloween is my favorite holiday. I’m a ghost story and horror movie connoisseur. I like spell-casting shops, I practice Wicca, collect crystals, and enjoy the sort of spiritual interests that my Baptist upbringing would clearly label as Satanic. For someone pretty far down the rabbit hole, Salem is a spiritual mecca.

But, I also slightly enjoy being scared. Don’t ask me why, but the thrill of weaving through a dark haunted forest excites me. I suppose it’s because I enjoy the natural high.

Research shows that during a thrilling situation in the context of a safe environment, the brain in many individuals releases dopamine in the fight or flight event, thus creating a natural high.

But my husband’s brain is not quite the same and unfortunately, my natural high translates to his boring fear. One obvious consequence of such a difference is a slight rift in joint activities on Halloween. He refuses to go with me to any haunted houses (really sucks), but thankfully Halloween in Salem does offer enough fun for us both.

Salem is actually a real witch town. The city is very walkable, and the main street consists of the store after store of spiritual shops.

There are plenty of Wiccan shops, you know the kind that offer actual spell castings with herbs charged under the energy of full moonlight.

And although I spent some time in Japan at numerous energy shops in Chinatown, the shops in Salem are a step beyond Eastern energy readings and Feng Shui. Wicca I think is a step beyond practicing Feng Shui but it’s interesting to see some overlap in both practices.

Halloween in Salem is an unusual experience. I’ve never seen this many people dressed up with so much zeal.  And unlike Slut-o-Ween, people get really into costumes and horror, some maybe too much.

We spotted a few dressed up so disturbingly gruesome that I found myself photographing facial expressions of those passerbyers who couldn’t stomach the gore. It made us wonder why some people felt the desire to create such gruesome exhibits of dead babies.

Heads up on the number of photographs in this post. We went to Salem two consecutive weeks in a row and I want to share them all. But you may find yourself a little intrigued at this real-life Diagon Alley. But be warned, some of the pictures are a little disturbing. Halloween in Salem is pretty morbid, actually. 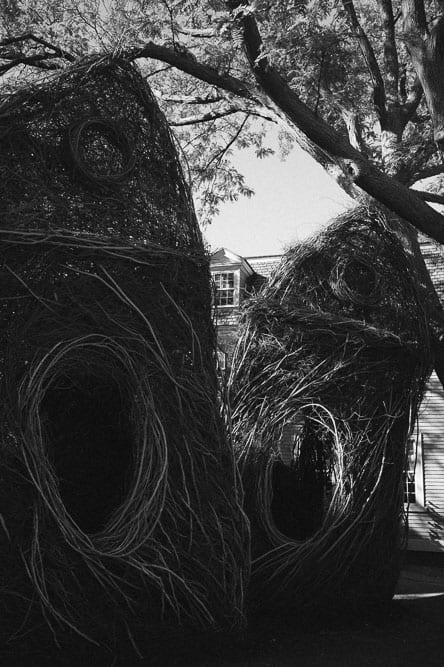 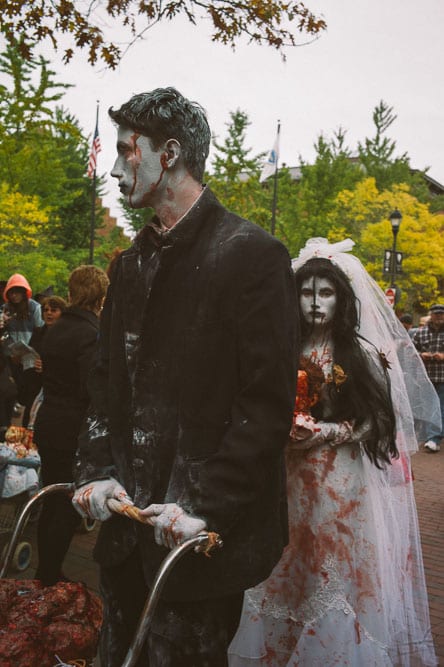 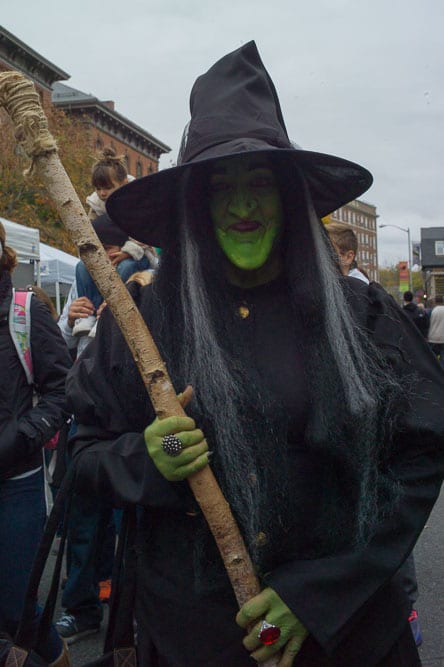 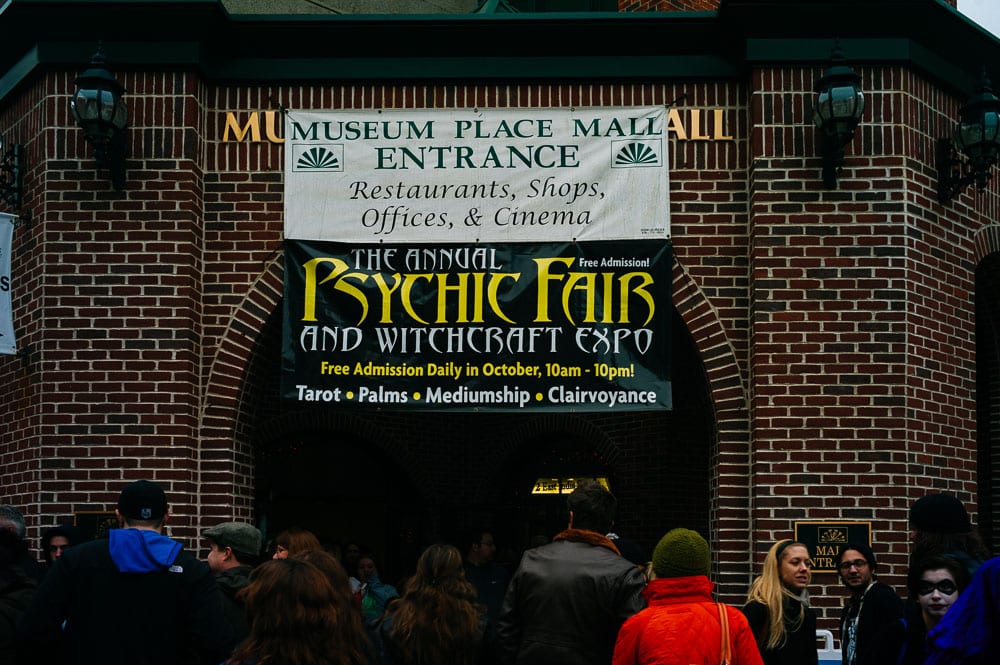 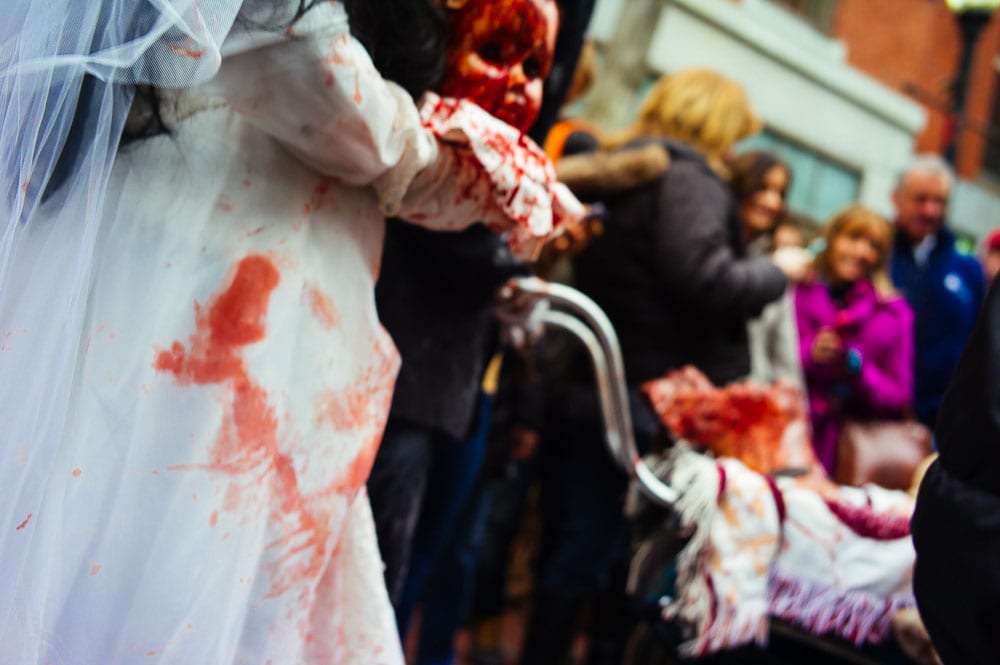 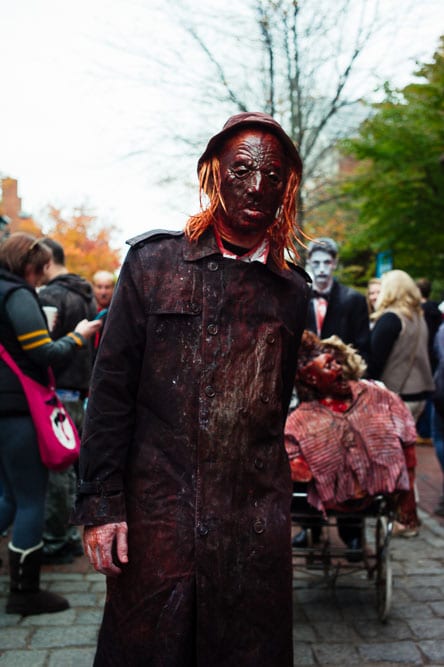 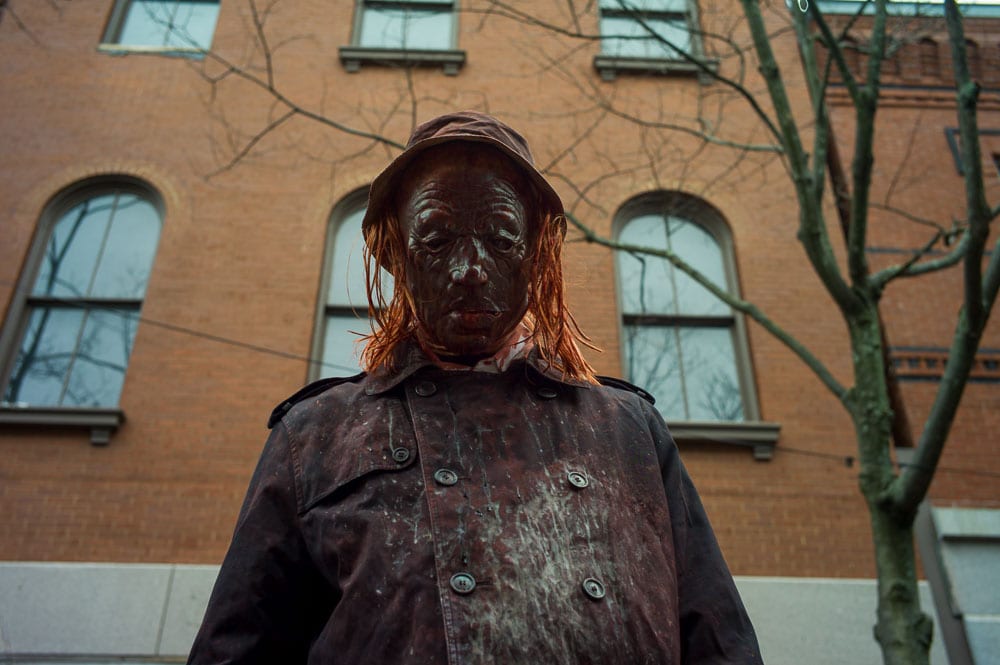 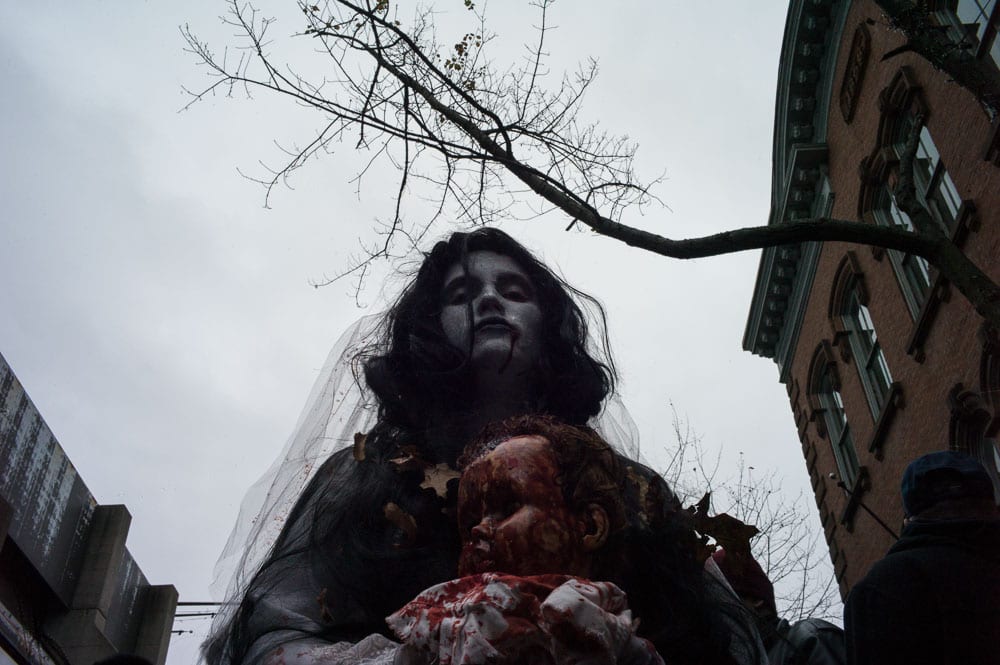 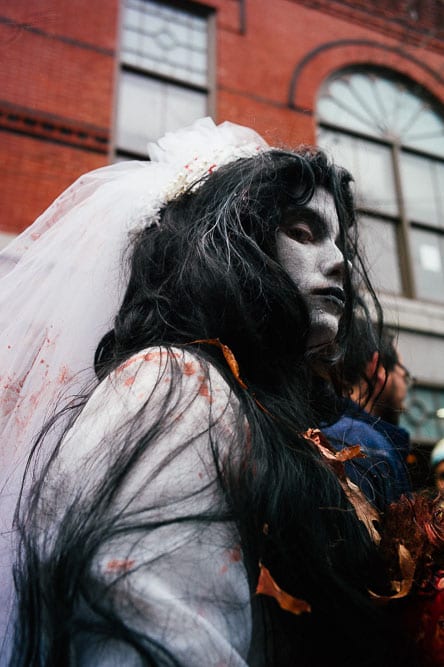 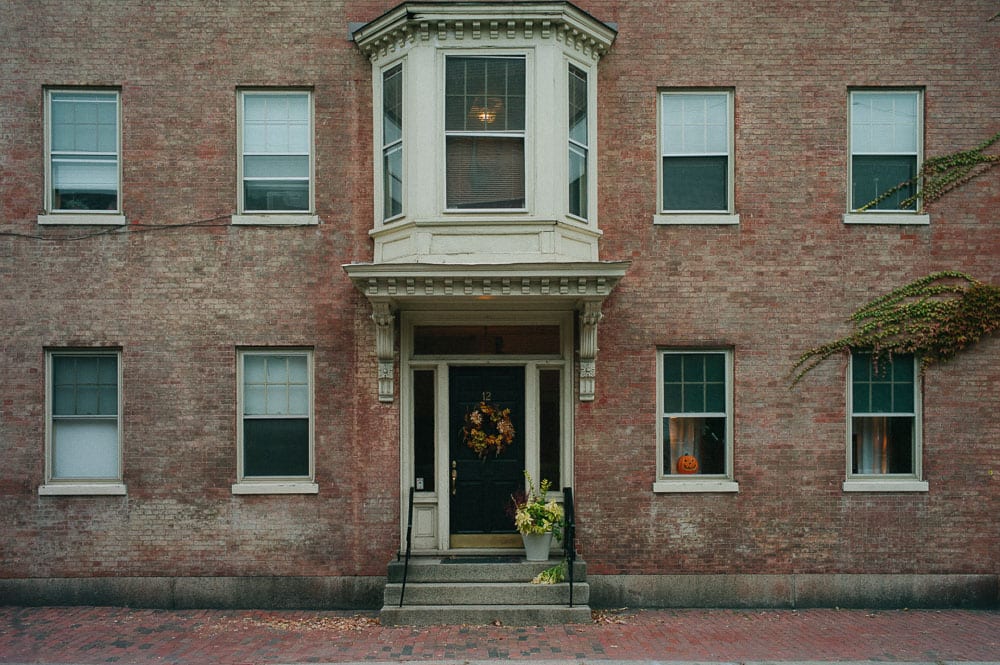 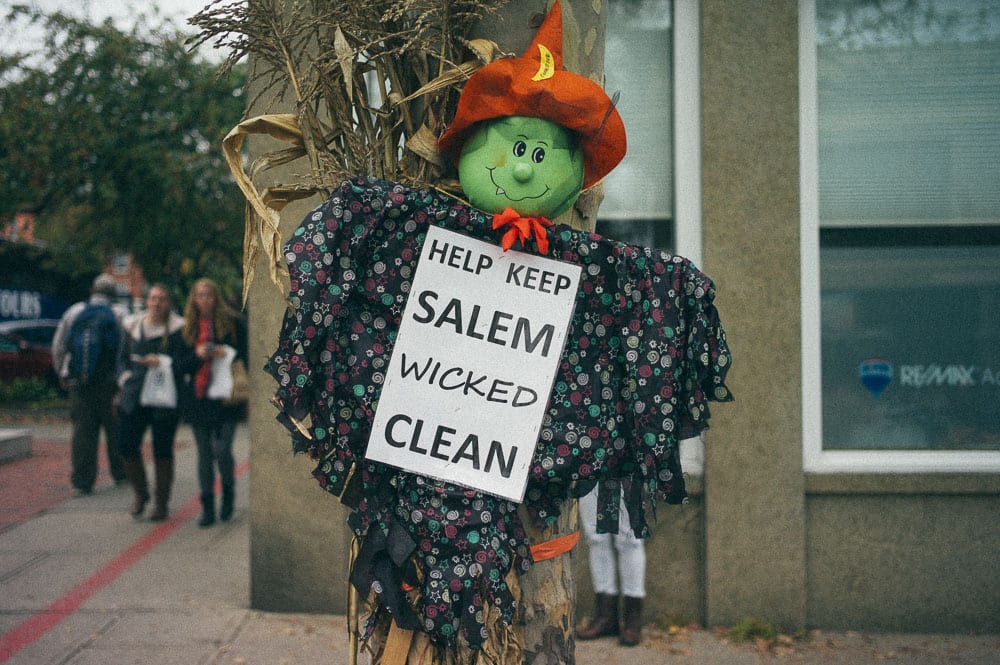 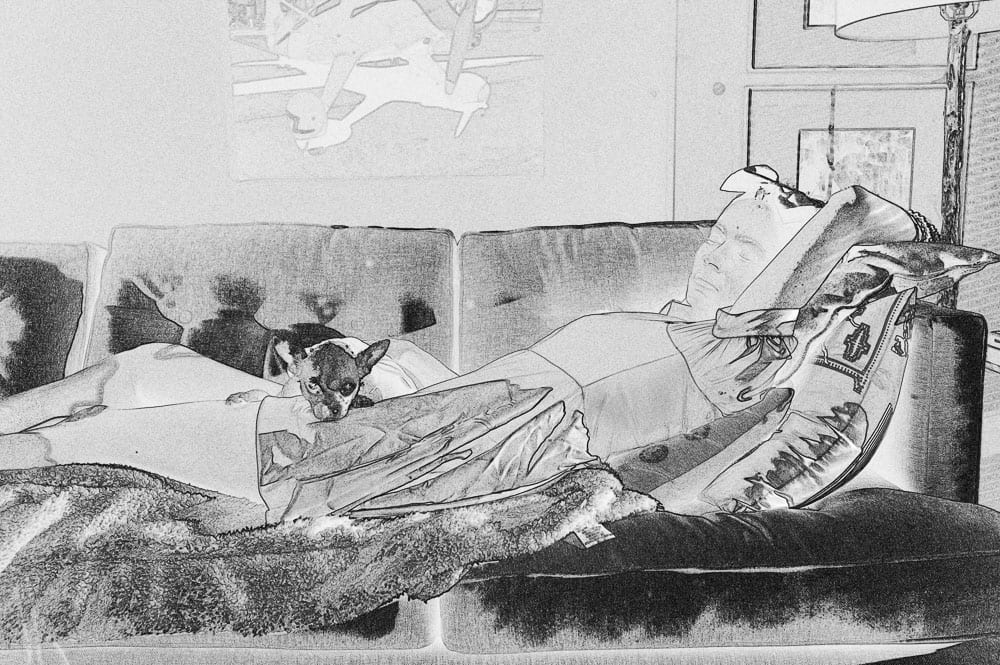 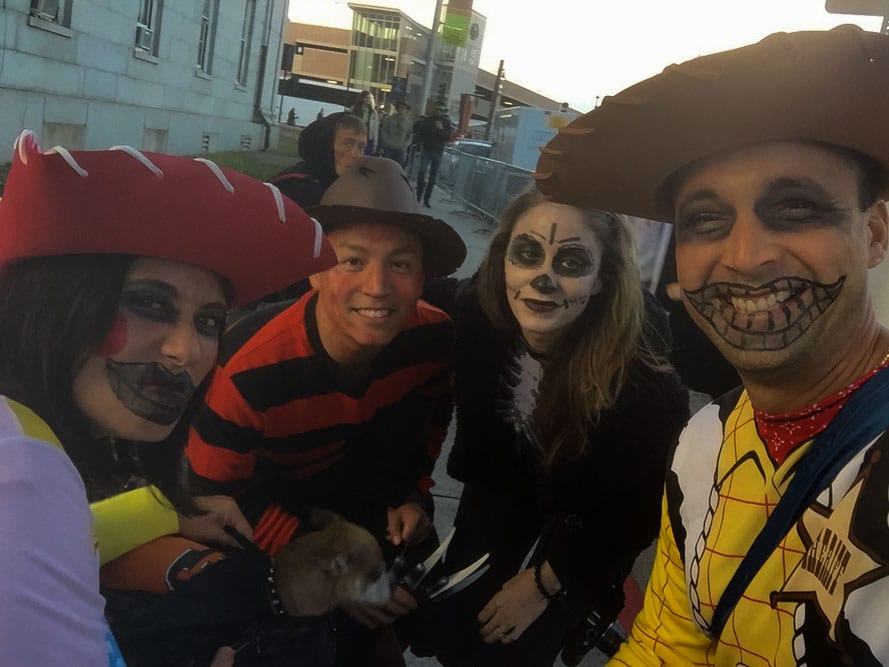 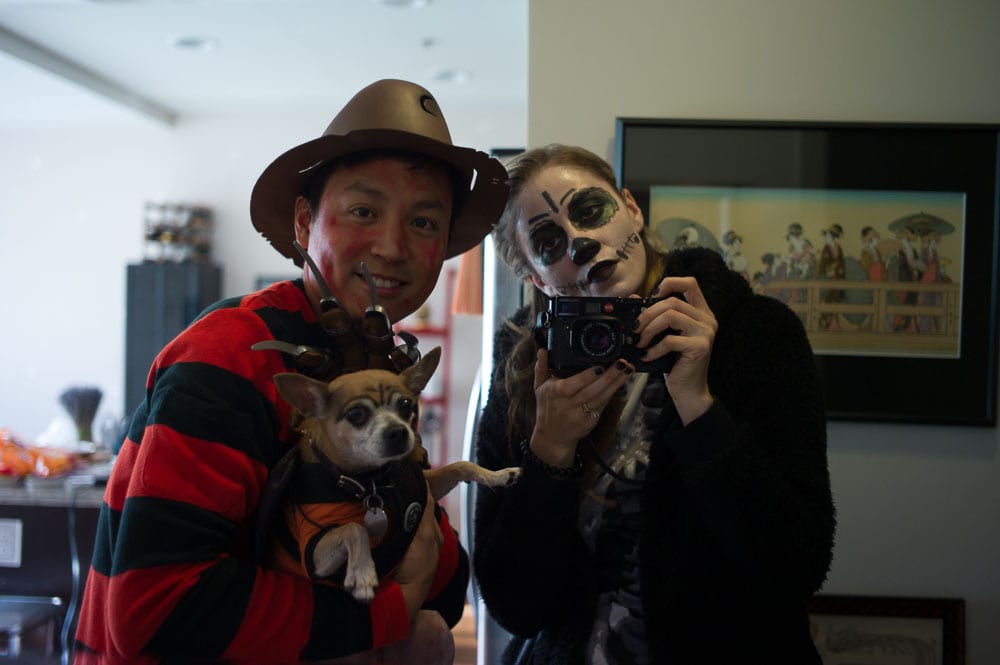 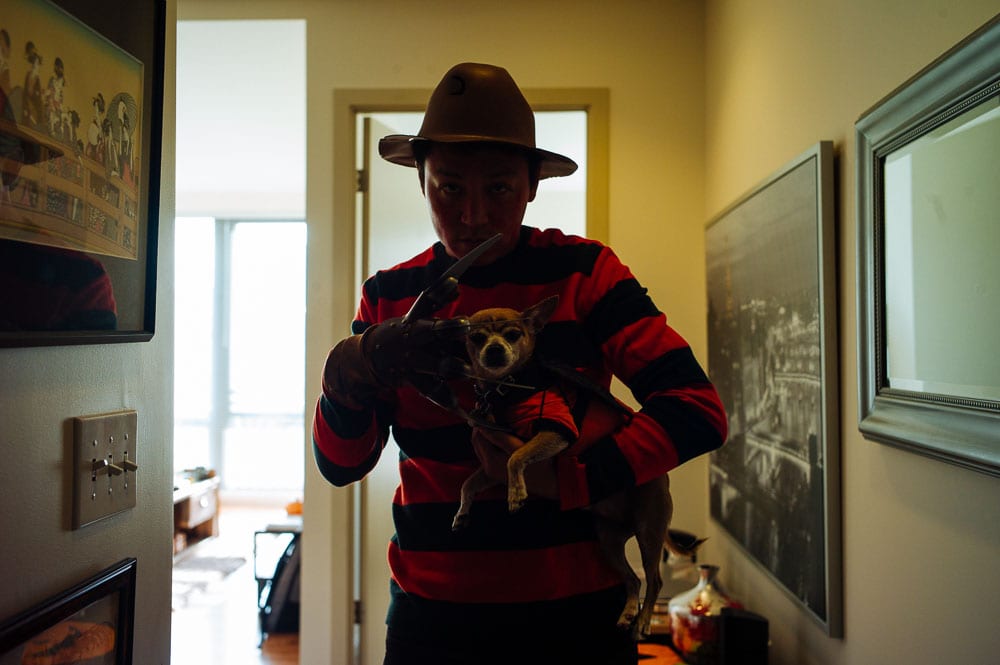 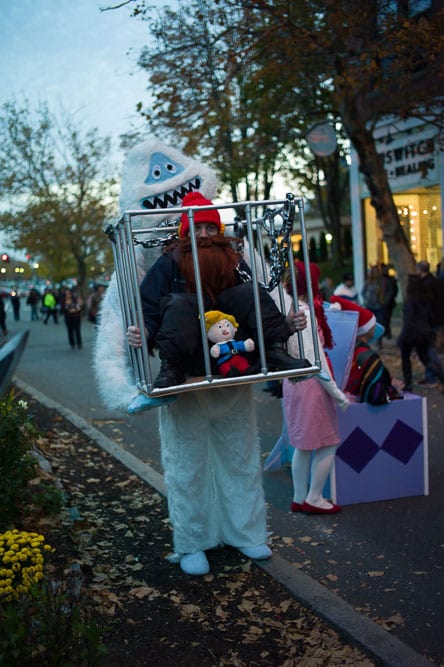 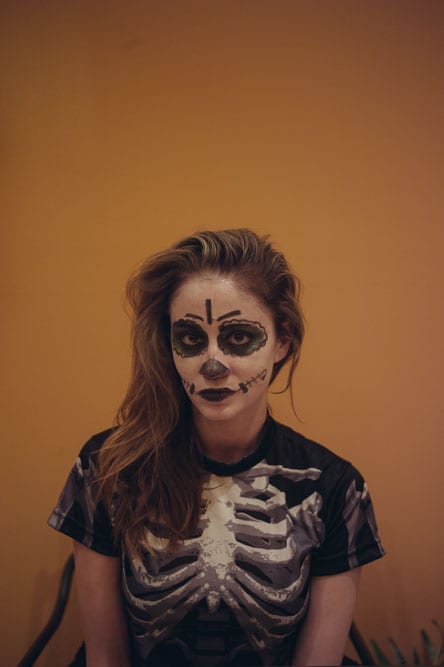 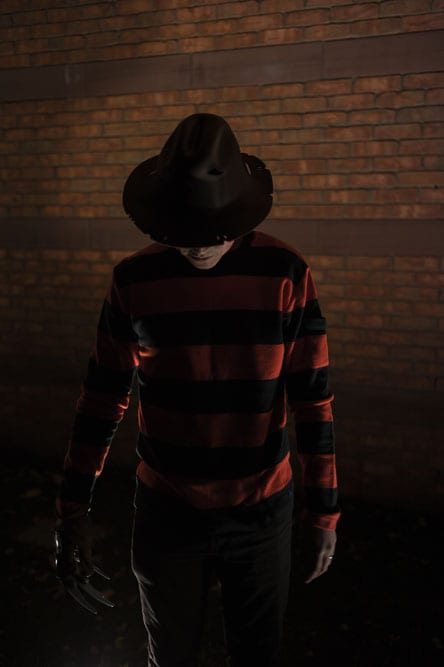 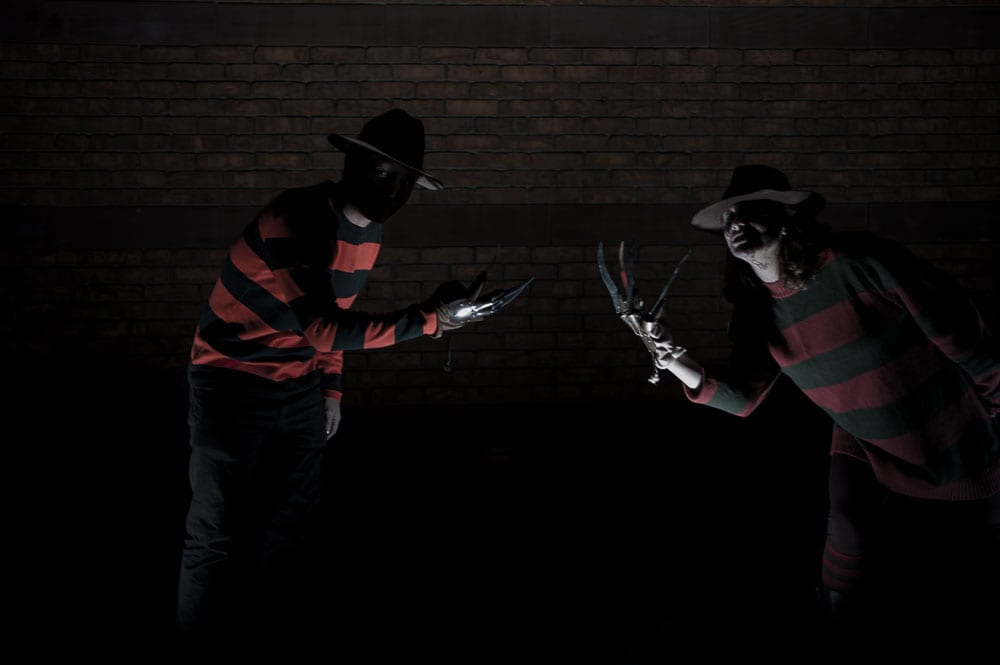 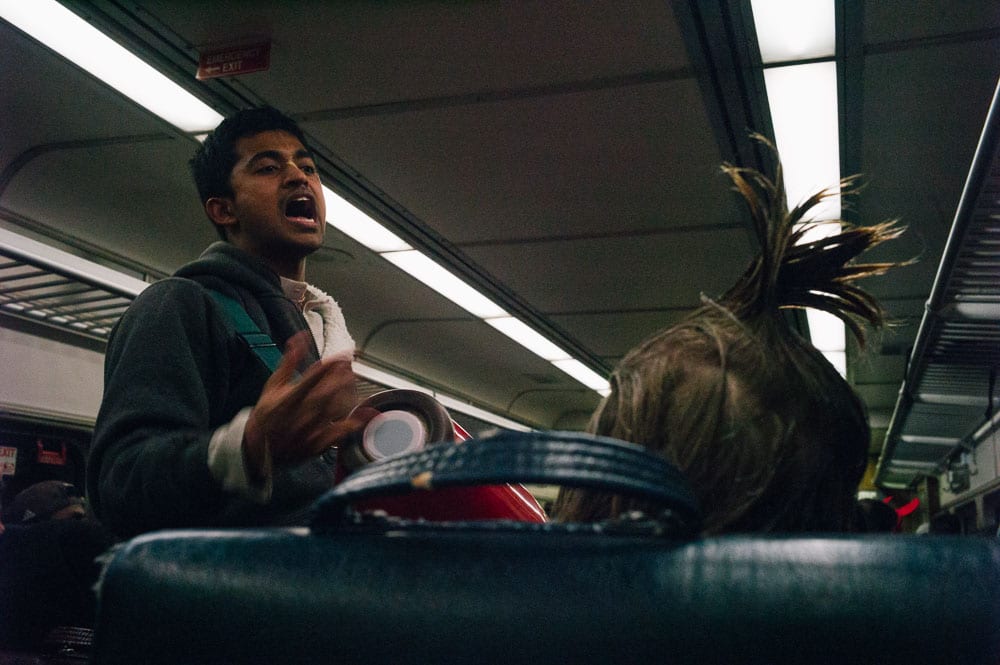 And if seeing actual witches, dead baby costumes, attending spell castings, and a psychic fair wasn’t an odd enough experience, let’s just say our train ride home topped it all.  I found myself sitting next to a group of Hare Krishna members on the crowded train ride home to Boston.

A bohemian woman sitting next to me started to chant softly, while I sat there frigid desperately trying to look away. A man attempted to clap the seat behind us. The group’s noise level steadily rose as members’ chanting increasingly grew louder and completely oblivious to other passengers.

Come to find out, Krishna members don’t bust out in full song, but they start off very quietly and build up their strength before they attack in full-force. Before we knew it, we found ourselves in the midst of a full-out drum circle.

We sat on the train for twenty minutes and listened to them chant loudly without inhibition. I swear, I’ve never had an odder experience in America. For that time, it felt like I was on a train to Bangladesh, yet everyone on board was dressed in costume. One member whipped out a tambourine, the guy to the left of me started beating a drum set, and the kid in front of me was beating a drum standing up in the aisle, worshipping at the top of his lungs. It was loud, very loud. But perhaps the most entertaining part of it all was observing the facial expressions of the Bostonians on board.

My dog was definitely a little off for a few hours after we got home. Finding himself in the midst of a Hare Krishna drum circle really freaked him out. I guess Benji got his scare on Halloween after all.

Fall in Concord: A Photo Diary of One New England Afternoon