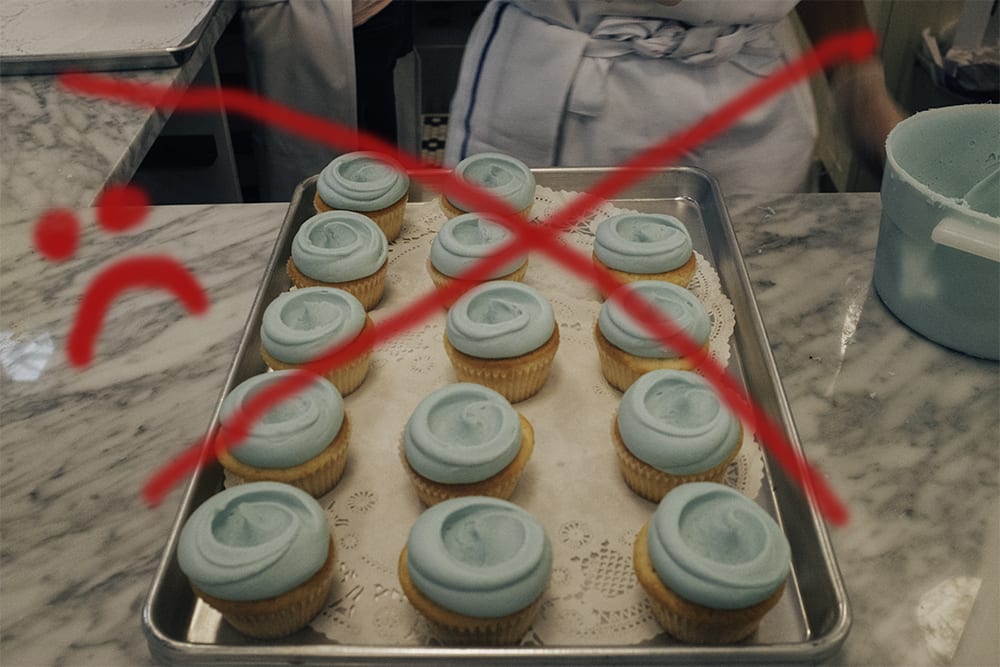 Living in Japan with a food allergy feels like an uphill battle. I won’t sugar coat it, it sucks. When I discovered I had a wheat allergy, it felt like death. For my entire life, I practically lived off bread and pasta. These were my favorite foods for as long as I can remember. And no one loved cake more than I did. Not even Marie Antoinette.

In Japan, eating wheat free is a challenge I face daily. A frustrating challenge at that, but I’ve discovered that the best way to deal with this problem is to cook your own food. Unfortunately, when you don’t live here, this can be a problem.

I don’t want to discourage anyone from visiting Japan, because it seriously is my favorite country on Earth. But I won’t pretend to say that traveling here as a Celiac or having a wheat allergy is easy. It’s going to take some serious vigilance and preparation on your part to stay healthy. But it’s doable.

Foods that Secretly Made Me Sick in Japan

Despite being super careful, I’ve gotten seriously ill numerous times traveling this country. I’ll end up eating an innocent-looking piece of mochi or Daifuku and hours later, I’m ill. I’ve eaten soba noodles, thinking buckwheat can’t hurt me, only later to find myself sick as a dog. Evidently, some soba noodles have real wheat mixed inside. I’d find myself ill after a night out eating shabu shabu. As it turns out, gomadare sauce is heavily wheat-based. These are all things I learned as I actually developed a severe allergy to wheat while living in Japan, interestingly.

Japan for the most part has not really jumped on the bandwagon of food allergy awareness. People will be more than kind to help assist you (SUPER KIND SERVICE), but restauranteurs and local businesses haven’t exactly catered to gluten-free folks.  I’ve encountered a lot of confusion in general just asking about gluten-free food. It’s often met with the translation of a “hmmmm.”

In fact, after living in Japan for 4 years, I can’t really recall any single instance of actually finding a place, or a menu, or a restaurant that actually explicitly advertised “gluten-free” on the menu or pastry. This dietary limitation is just not a part of their culture at this moment. Perhaps the 2020 Olympics will bring about some change, I hope.

And a lot of times, I don’t really trust the wait staff when I ask them if there’s wheat in my meal. Japanese people are often super helpful, but sometimes it’s just not possible to know for sure what’s in your meal.

How to Say Wheat In Japanese

Komugiko 小麦 is wheat flour, and mugi means wheat. This is the most universal symbol you need to know while in Japan and it’s relatively easy to spot. Most stores and food stalls have soy, dairy, and wheat allergies Kanji printed below their products.

Here are some other types of wheat you should know.

How to Ask “Is there Wheat in My Food?”

A BREAKDOWN OF THE SENTENCE

Some Bakeries and Pancakes

Pierre Herme – these are the best macarons in the world, from Paris. And they’re mostly all gluten-free. You can find Pierre Herme around Tokyo in food basements and in Shibuya

Mochi – unlike daifuku, most mochi is simply rice-based, but be sure to confirm

Chocolate Drinks – one awesome thing about Japan is the fact that you can find the best hot chocolate and cold chocolate. And best of all, it’s usually all gluten-free.

Japan doesn’t offer a lot of options but it’s still possible. As I learn more, I’ll continue to update my findings throughout the year.

My Photo Journey of A Typical Amazing Saturday in Tokyo