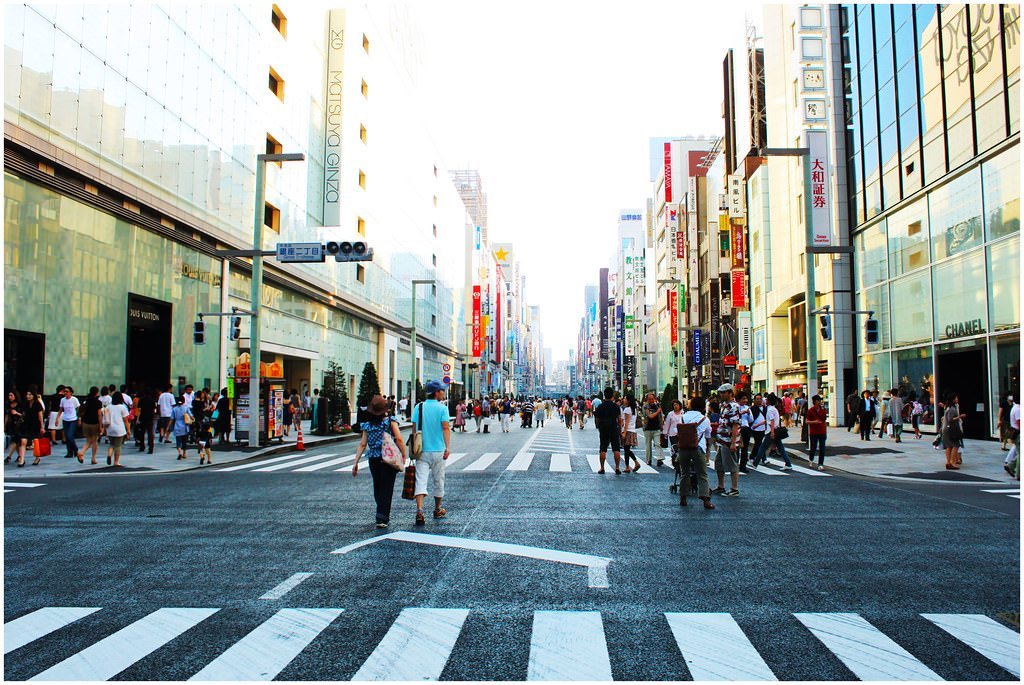 10 Fun Local Things to Do in Hoi An, Vietnam

Ginza is one of Tokyo’s most interesting districts to explore. Read more to learn about what Ginza has to offer.

Ginza is a district in the Chuo Ward which is located more on the eastern side of Tokyo, in the area where you can find a lot of Shitamachi influence. If you’re curious to learn a little more about Shitamachi, or Old Tokyo, read my article, What is Shitamachi?

Ginza is a hub of Shitamachi influence as it used to be the center of Edo-Tokyo. But, it’s also where you can find a unique mix of modern as well as traditional influence. Ginza has a very traditional high-end feel. You’ll find Ginza-dori lined with some of Tokyo’s most upscale high-end shopping. But underneath, there’s a much older Tokyo that almost reminds me of Kyoto’s Gion District.

In the late 1870s, there was a fire that destroyed much of the area after which, the government developed Ginza into a model for modern Tokyo.

Ginza is located within a close walking distance to many attractions and other neighborhoods in Tokyo. Not only can you find the best public transportation in the world, but you can also so easily walk from neighborhood to neighborhood. As you can see from the map, you can stroll west to Toranomon and then Roppongi or up north towards Yurakucho and Marunouchi.

How to get to Ginza: Take the train to Ginza Station, Ginza Itchome, Yurakucho, or even Tsukiji. You can easily reach central Ginza from several access points beyond these major stations.

Ginza is home to Tokyo’s most dense selection of high-end department stores. You don’t need to be on a high-end budget to enjoy their free rooftop gardens.

The Major Department Stores in Ginza

Ginza is especially known for its abundance of high-end department stores. Ginza is one of the wealthier shopping districts in Tokyo, next to Omotesando (near Harajuku). But, Ginza is different than Omotesando and Aoyama in the sense that it just has an older luxury kind of feel to it.
Therefore, you can find a lot of high-end department stores that also carry an array of traditional Japanese goods.

The Wako Building is one of the most iconic and historic buildings in Tokyo. Its parent company is Seiko Holdings, for which you can find the clock tower and a selection of Seiko inside.

If you’re curious, you can read about the history of Seiko via the Seiko Museum’s website. But, the Seiko Museum is located in Sumida and is a cool place for those interested in crafted timepieces.

Mitsukoshi Ginza is the other popular department store in Ginza and it’s also known for its food basement or depachika. Be sure to watch this video for some great depachika food finds!

The Ginza Six is Tokyo’s newest luxury department store. But, what makes this place so special is its incredible architecture and design. Come here simply to take a peek inside, even if you don’t want to buy anything. 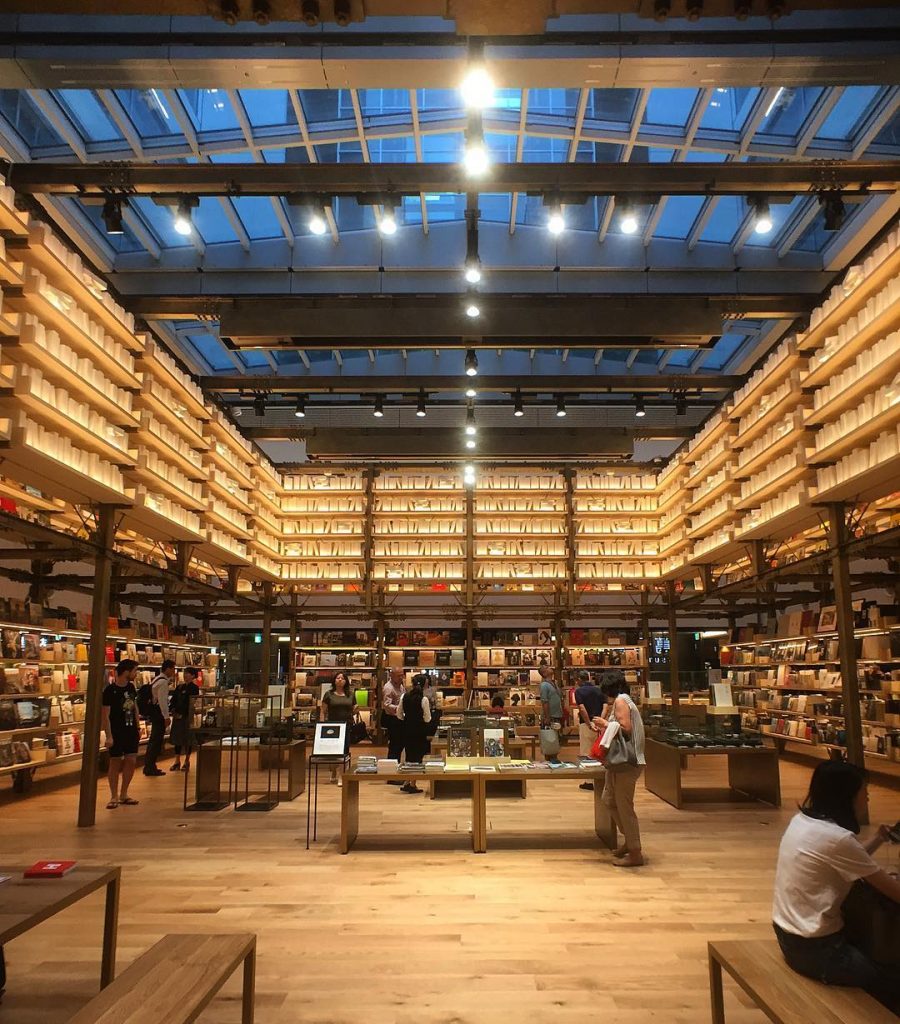 Inside the Ginza SIX, you’ll find one of Tokyo’s nicest bookstores, the Tsutaya. If you’re a fan of beautiful bookstores, here’s another bucket list item for you (next to the T-Site in Daikanyama).

What Else is There to Do in Ginza?

To be honest, Ginza is one of the densest chapters in my book Hidden Tokyo. There’s honestly so much to do in Ginza, you can easily spend an entire day there exploring the antenna shops, the stationary shops, and the tea rooms. But, generally, from a general tourist perspective, Ginza is also widely known for its Kabuki Theater. You can catch just one act or an entire play. The shows are in Japanese but it’s still very enjoyable.

Gado-Shita or “below the girder” is a great local post-war vibe with yakitori stalls below the train tracks. This is one spot you don’t want to miss. 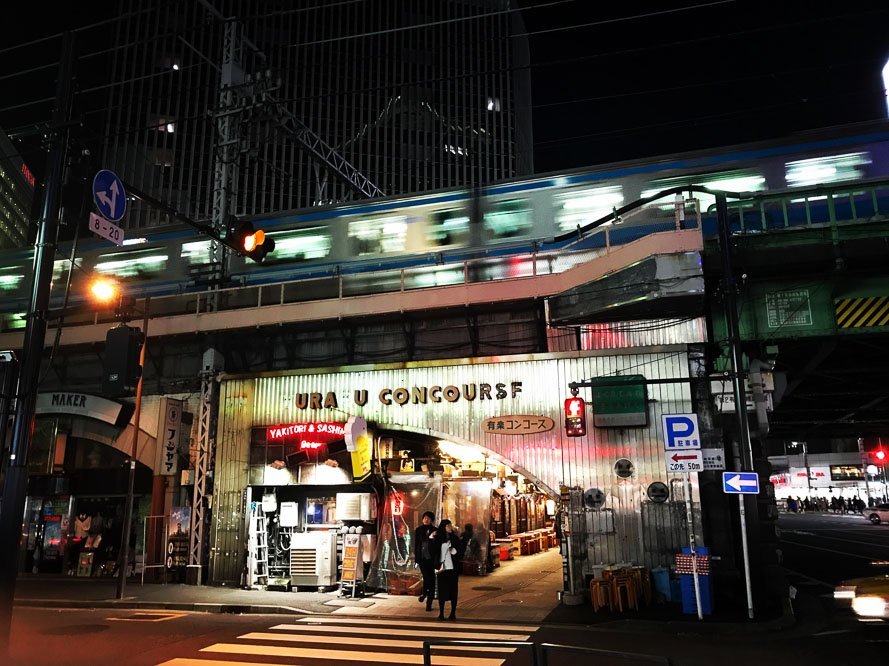 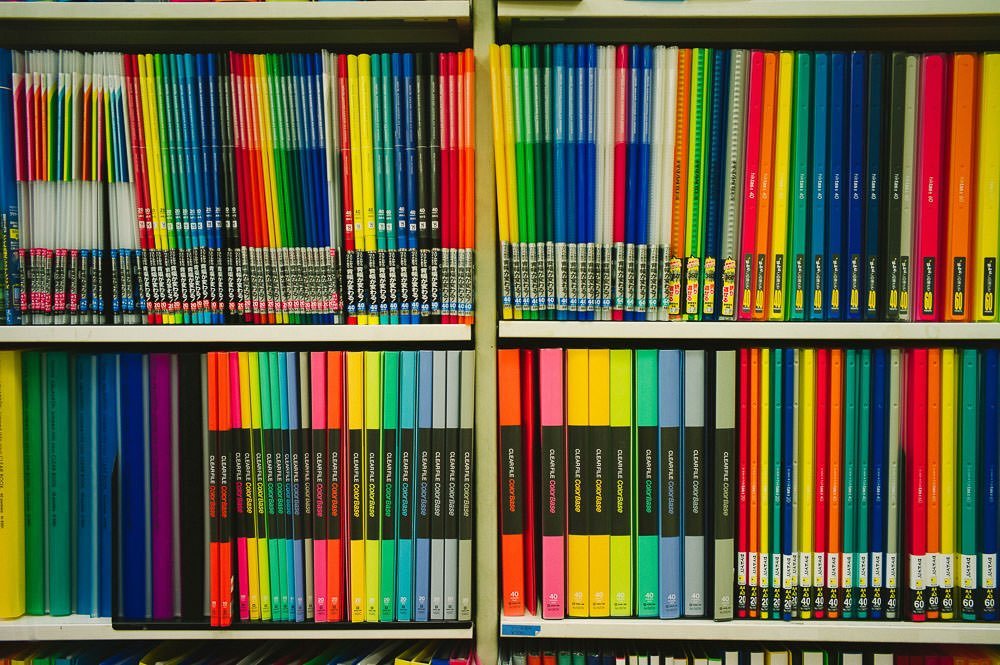 Ginza is an epicenter of modern and traditional and nothing captures the traditional craftsmanship of Japanese culture quite like its attention to detail with stationary. Even if you’re not a fan of stationery, you’ll likely find Ginza Itoya fascinating. Wander its many floors where you can find thousands of pens and modern as well as traditional Japanese stationary. This is an excellent spot to find souvenirs.

Traveling Outside Tokyo? Get a Rail Pass Here.

5 Fun Local Things to Do in Ginza Tokyo