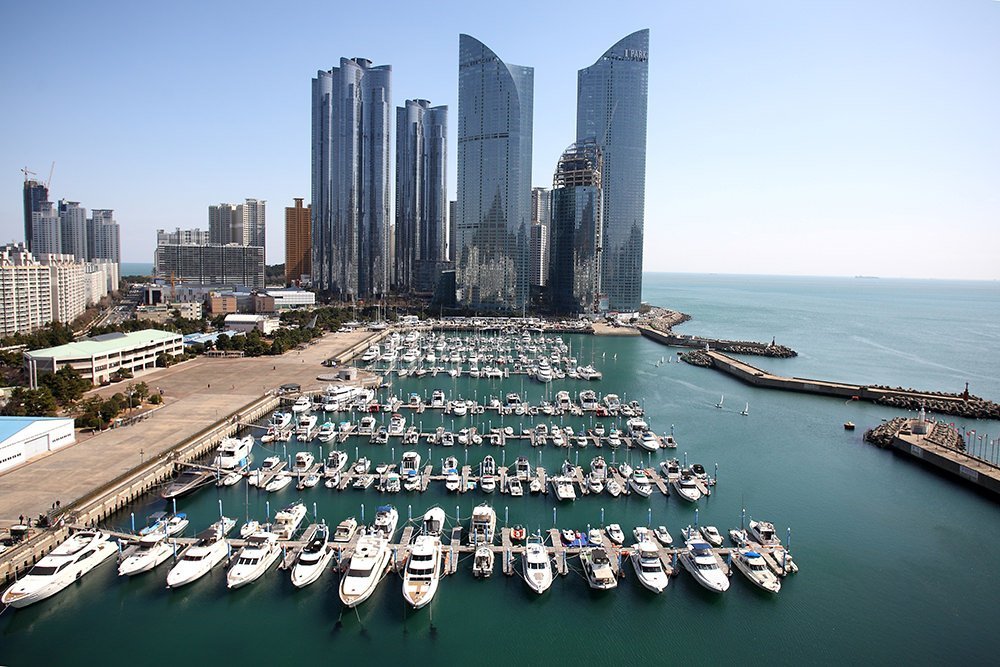 Busan, South Korea has some incredibly fascinating architecture. It’s not on the typical tourist path to Asia, but here are a few reasons why you should consider a stop here.

When I first moved to Japan years ago, Busan was one of the places I spent a lot of time in because Daniel’s job took him there a lot. I was fortunate enough to be able to see this city and spend over a month there. The Gimhae Airport quickly became my second most traveled airport (other than Narita).

Traveling to a city you already know about has its perks, but it’s an even better travel experience when you explore a city totally foreign to you. It’s here where you open yourself and your reality to a new experience.

Most people know about Seoul, but Busan is growing in popularity. It’s located at the southern tip of South Korea and is a hop from Fukuoka. When you travel a lot, you find there are a number of cities that you feel you can take it or leave it. Busan stands out.

This is mostly because of the combination of stunning architecture and traditional culture. South Korea is a cool place, a different vibe than Japan. This city is rapidly developing and is taking a stride into the future.

I spent time in Busan around the time when I first started learning how to take pictures. I remember sitting in my hotel on Haeundae Beach with a thick book, trying to read about how to use my new Canon 5D Mark II. These were the days when I read more than learned on YouTube….

Busan was the first place that inspired me to want to learn to shoot architecture. And so I spent days wandering around the Marine City District taking lots of experimental pictures, as well as at the Busan Cinema Center. Sadly, those pictures have seemingly disappeared, and it’s hard to find photographs to use that convey this city’s impressive architectural feel against the city.

The skyline is small, and yet, it’s reminiscent of a real-life science fiction cityscape. And in the right light, it looks like The Emerald City. One day, I’ll travel back there to photograph this city again, but until then, here are a few creative commons images and some interesting links below.

Check out these articles on Busan’s modern architecture. You’ll find even more interesting pictures that unfortunately I can’t directly re-post on my site.