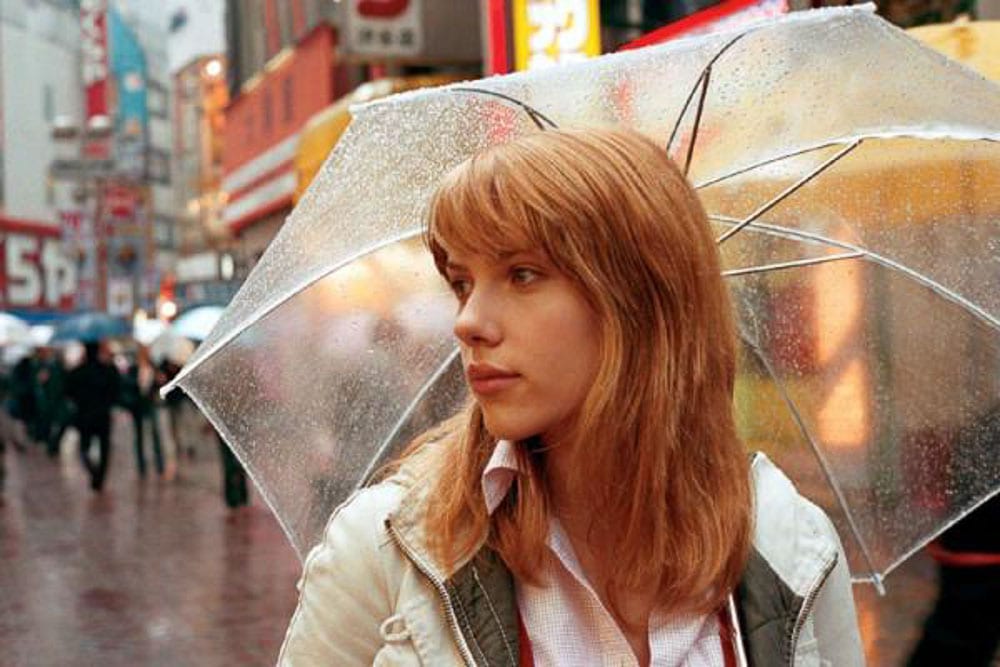 the 20 best travel movies' and their film stills 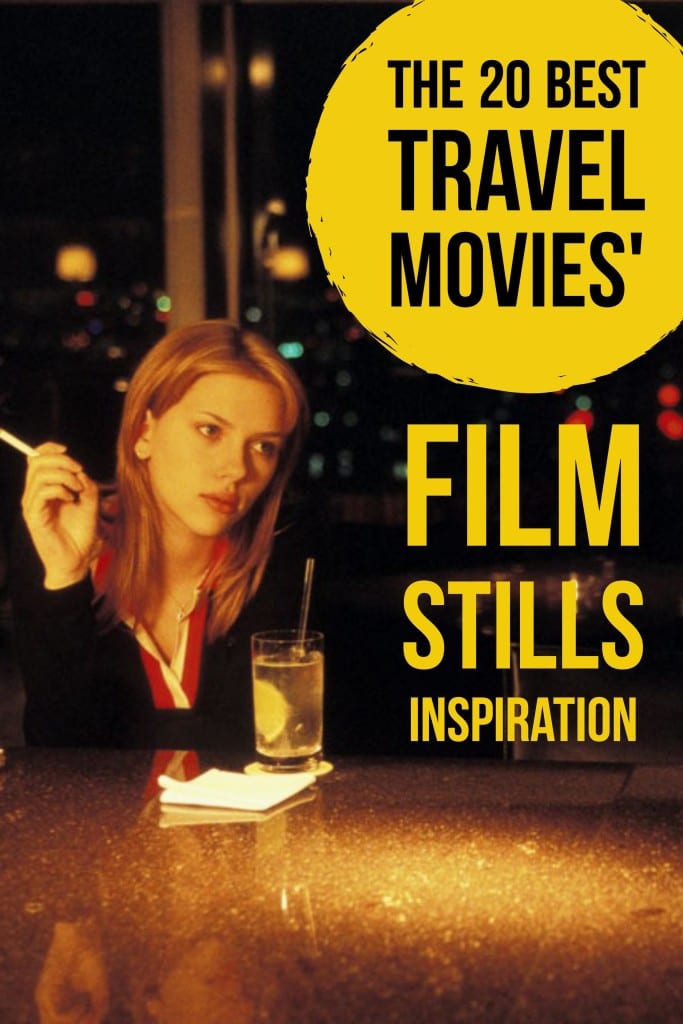 Writing a post about the best travel movies (in my opinion) has been fun. For one, I love searching through movie stills. And two, these movies all bring a smile to my face. I don’t know about you, but I blame Hollywood partly for my ongoing case of wanderlust.

Well no, I blame Steven Spielberg in particular. Not that I long to eat monkey brains, but the Indiana Jones movies capture the very heart of adventure. So, here are the 20 best travel movies of all time, in my opinion, of course. These pics are sourced legally, btw. 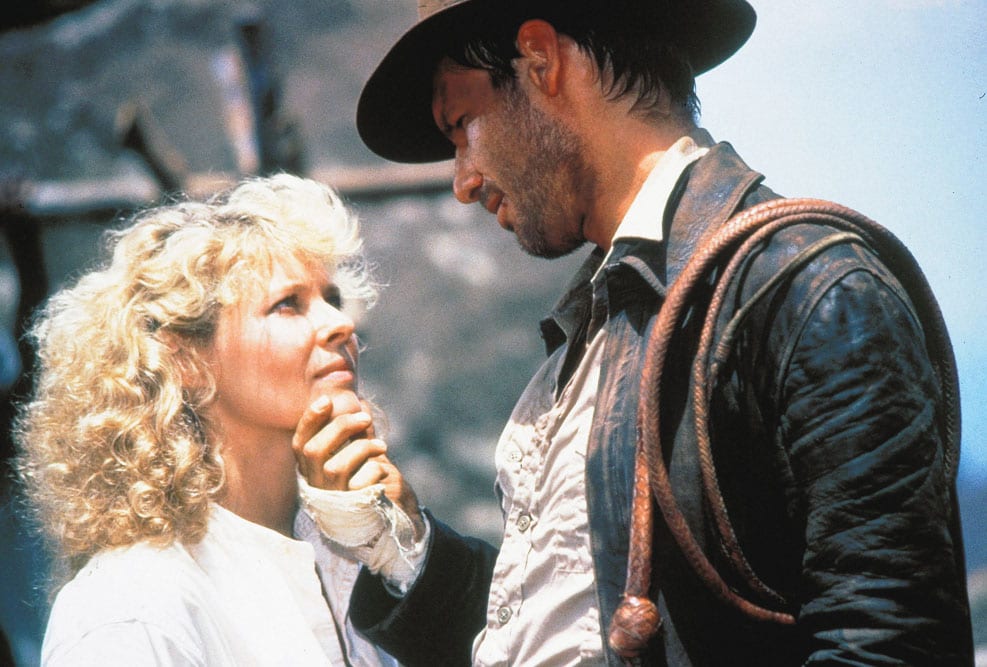 This is hands down one of my favorite travel films, though it’s hard to say which movie I like the most. The Temple of Doom, Raiders of the Lost Ark,  or The Last Crusade? They’re all brilliant. 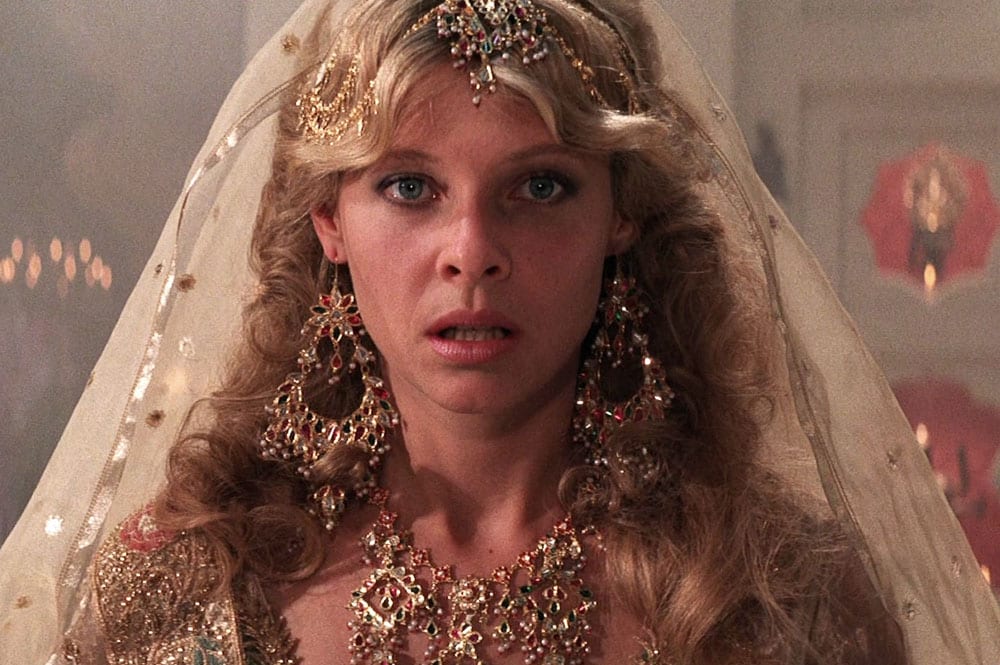 How can you forget this moment? 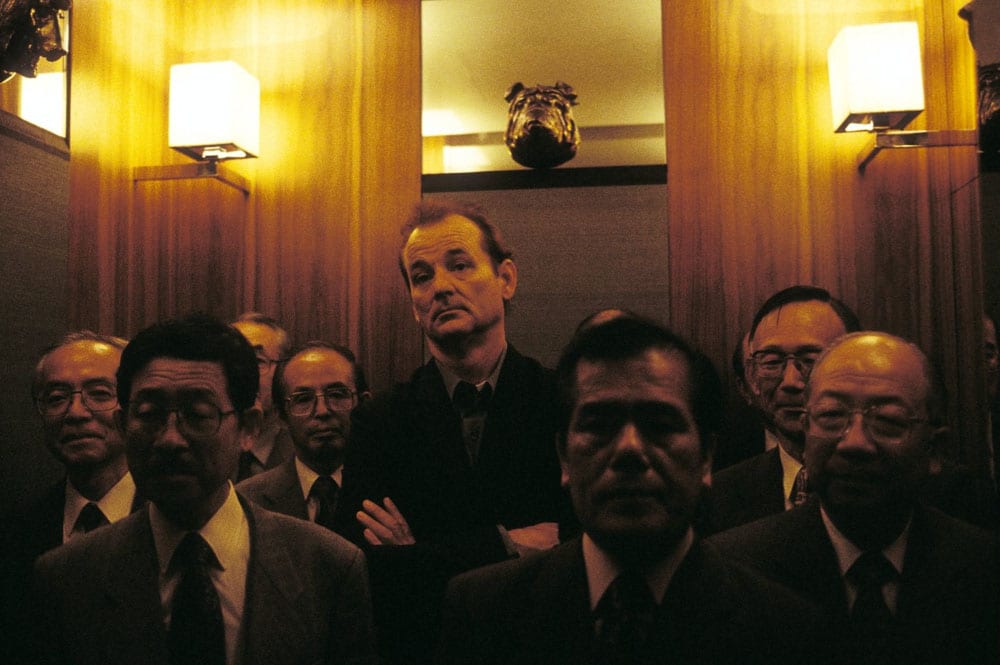 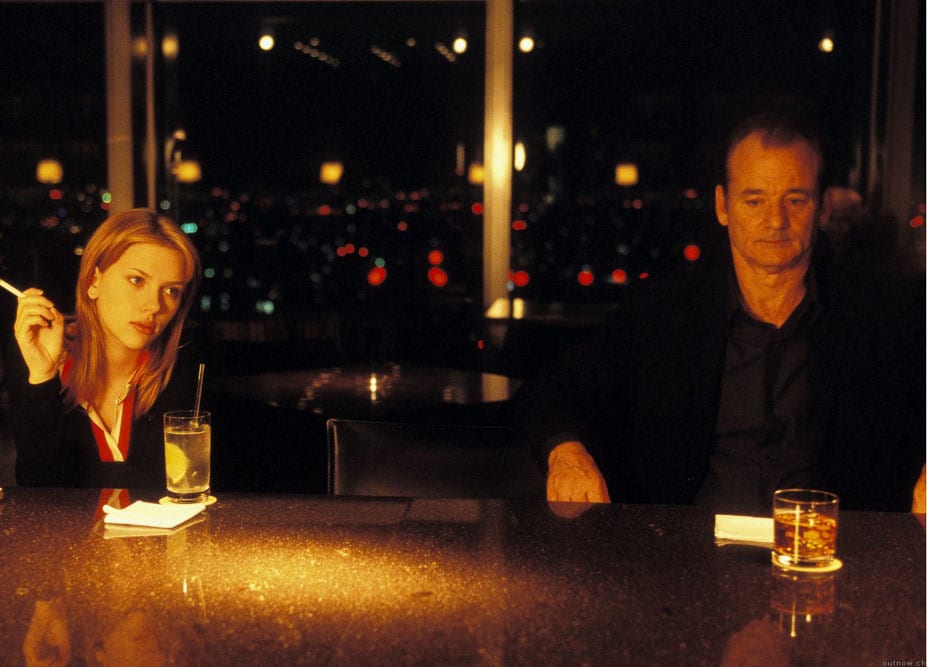 After living in Japan, I re-watched Lost in Translation and was pretty blown away with how accurate this film depicts Tokyo. If you’ve never been to Japan or Tokyo, it may be easy to miss the inner cultural brilliance of this film. But Sofia Coppola seriously nailed this film.

But yes, being the only foreigner to share a crowded elevator with a bunch of salarymen is one of the many insights this movie depicts about life in Tokyo. And you can’t enjoy Tokyo in the rain at its best without a clear umbrella to reflect all the bright lights and raindrops. For that reason, Lost in Translation is one of the best travel films of all time. 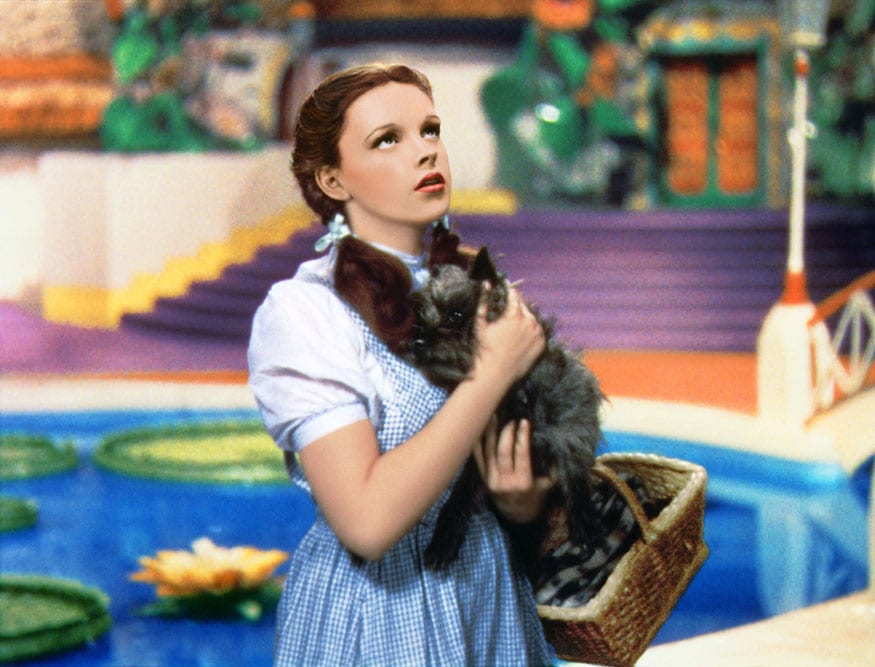 For one, this still is so beautiful. But Dorothy went on the best adventure of her life and ended up learning a very important lesson: that there really is no place like home. So The Wizard of Oz tops my list of favorite travel movies of all time because I’m sure every traveler can identify with this, no matter how often you leave home. 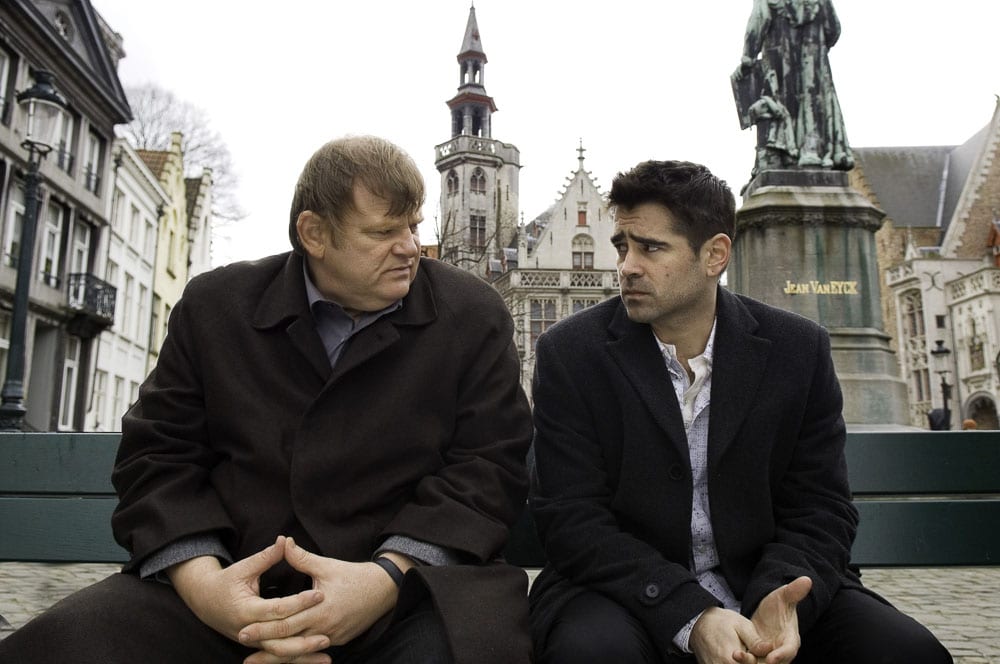 The first time I saw In Bruges, I thought it was ok. But after traveling to Bruges, I watched it again and couldn’t stop laughing. I mean, Colin Farrell HATES this lovable little town and his pitiful loathing expression throughout the entire film is nothing short of hilarious. 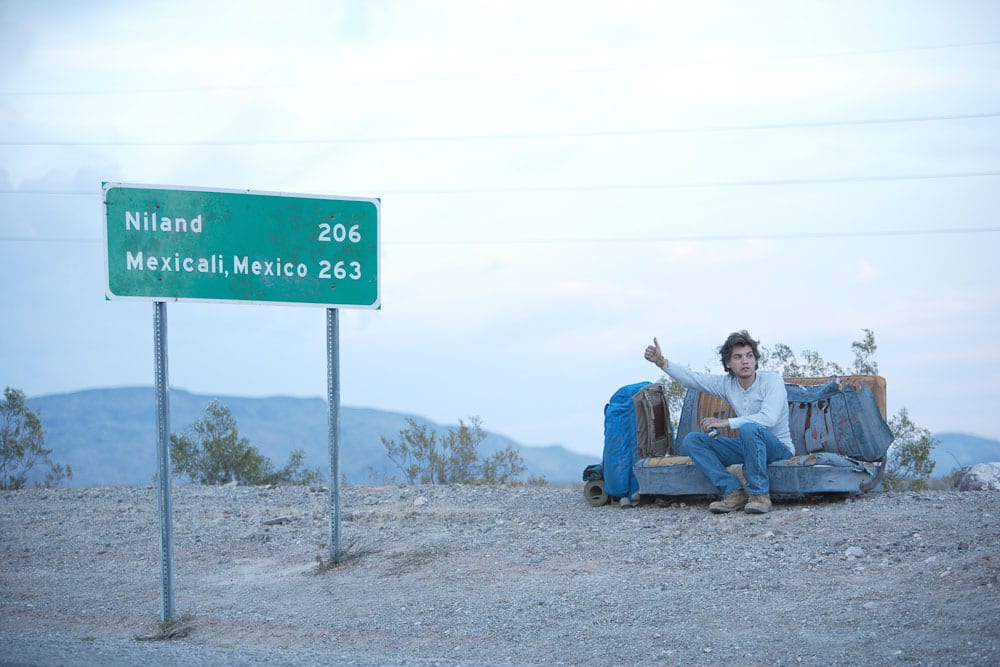 Into the Wild should be at the top of any list of best travel movies. It’s so heavy, but it’s such a good story. 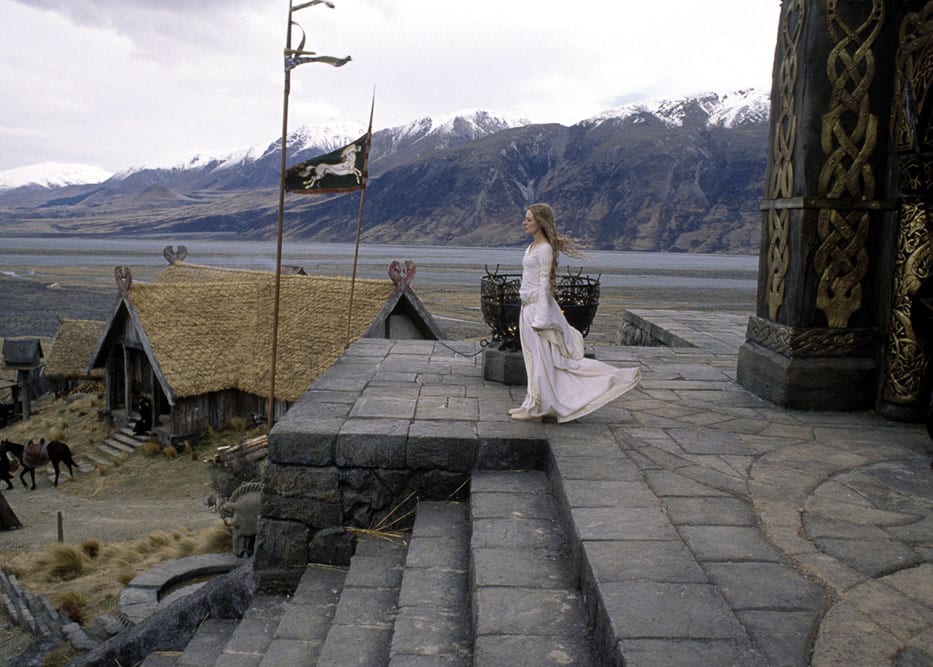 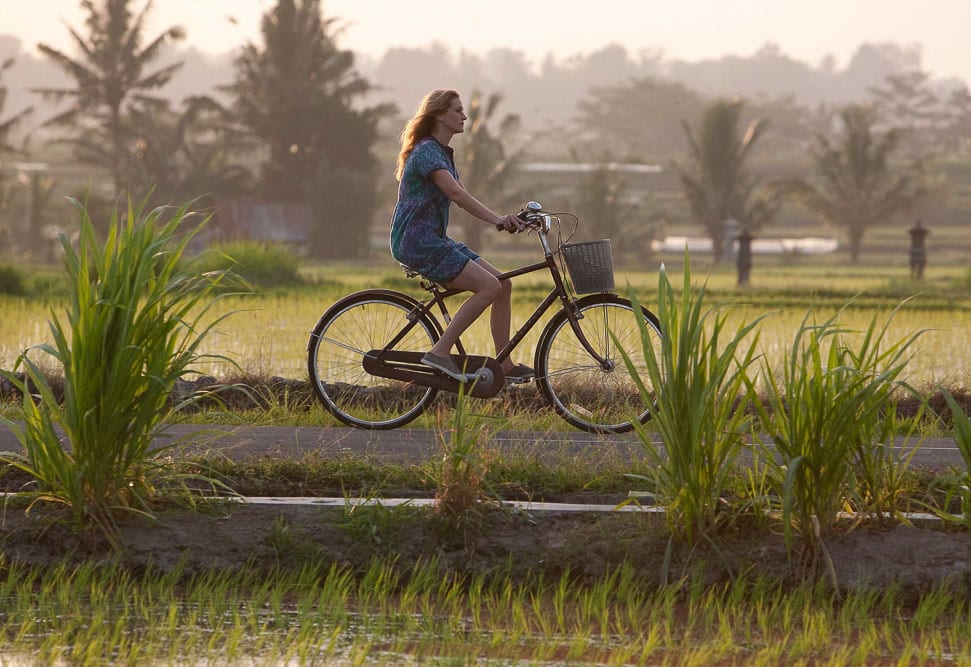 Eat Pray Love may be a cliche story – “girl leaves life to go find herself.” But I like watching this movie if not simply for the fact that for a fraction of it, I get to re-live my time in Bali or even Vietnam. I can picture myself cycling through the paddies and wandering the streets in my most bizarre yoga pants….sigh I miss it. Isn’t this what travel movies are supposed to do? 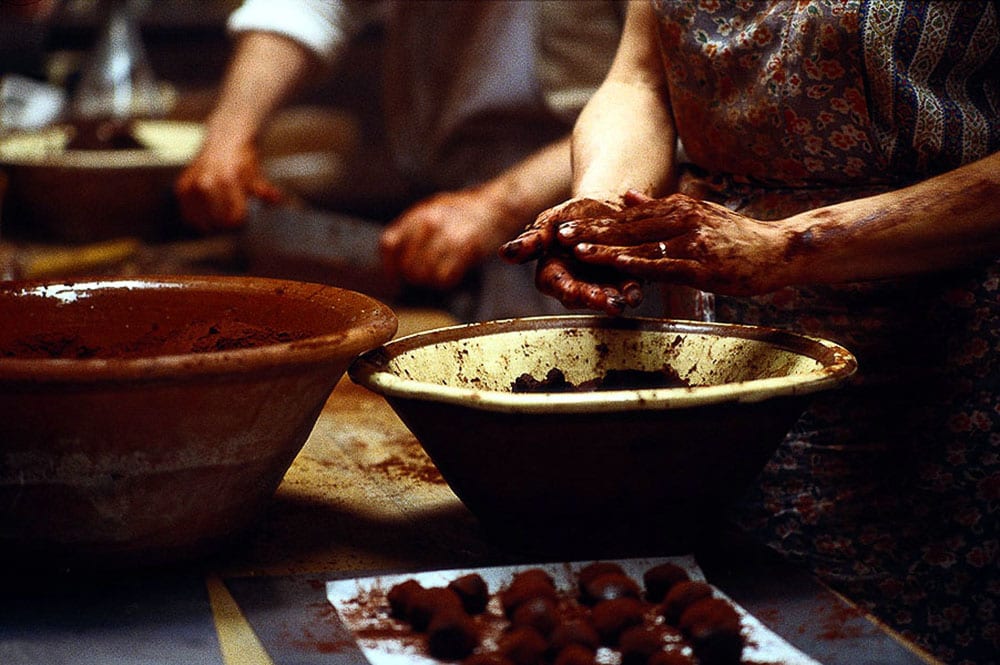 There’s something about this movie that makes me want to move to a tiny town in France and open up a chocolate shop. This has been a pipe dream of mine since I was a child, but watching this movie inspires me to dream more. And of course, who doesn’t love Johnny Depp? 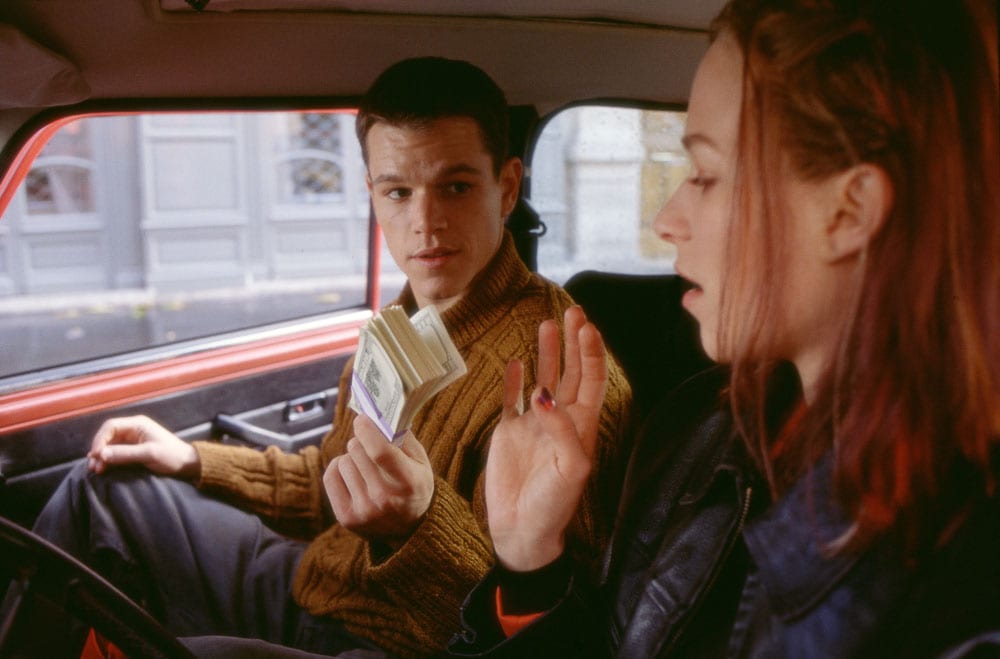 I love watching Jason Bourne getting chased all around Europe and the world. These movies rank high on my favorite watch list in general, but they’re also pretty inspiring travel movies. 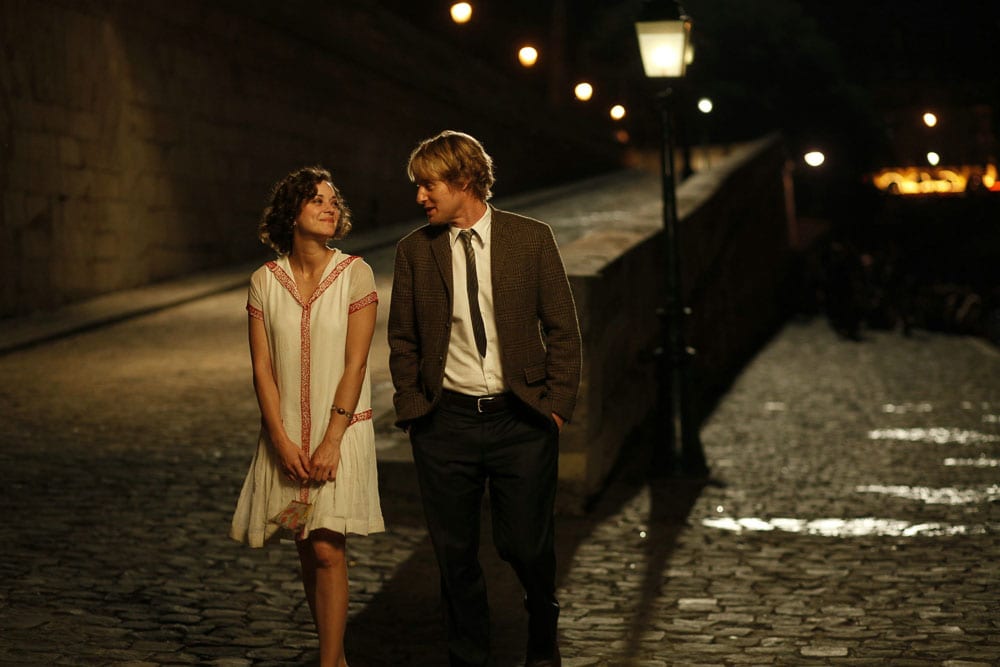 I liked Midnight in Paris and the premise for the movie is so interesting and simple. Gil, a struggling screenwriter, goes to Paris with his soon to be wife only to find out they’re not the best match. But Gil’s obsessed with this romantic conception of 1920s Paris and ends up finding a magical way to re-live it. Plus, the movie is heavily set in Paris, meaning you get to see a lot of locations throughout the film. 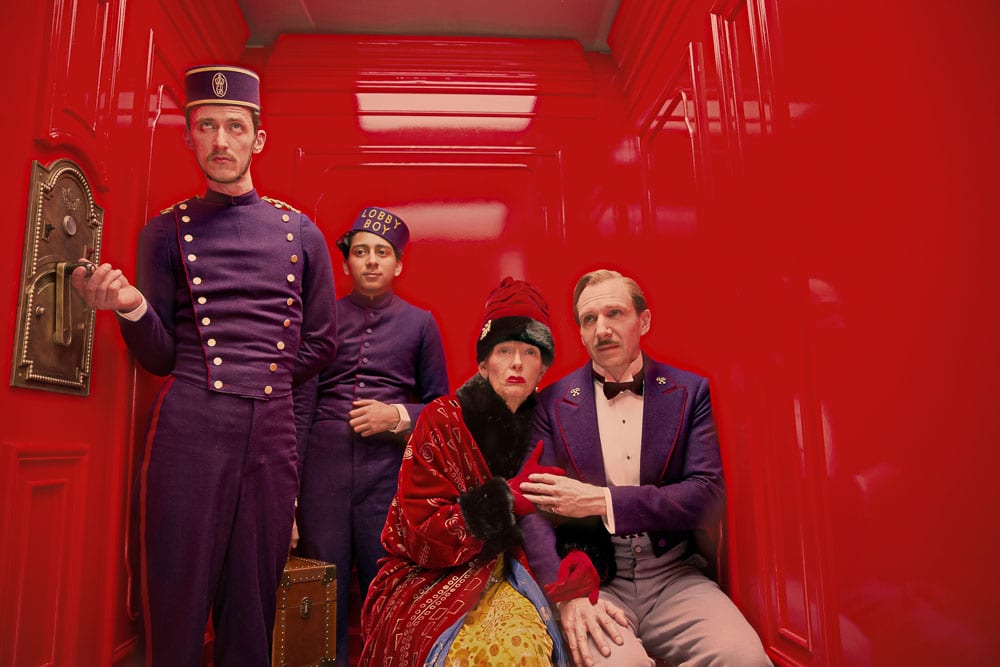 The cinematography of this film is interesting, but I had to include it on this list. Who hasn’t actually googled where this hotel is? 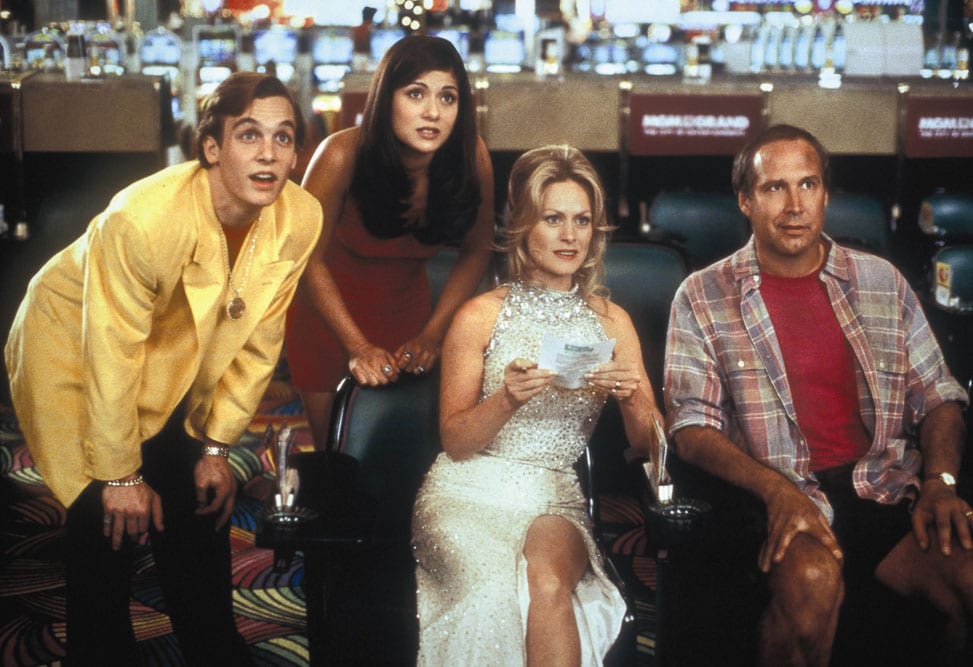 This movie is a definite on any best movies list related to travel, if for no other reason than the fact that it captures a lost era of family road-tripping, pre GPS era. 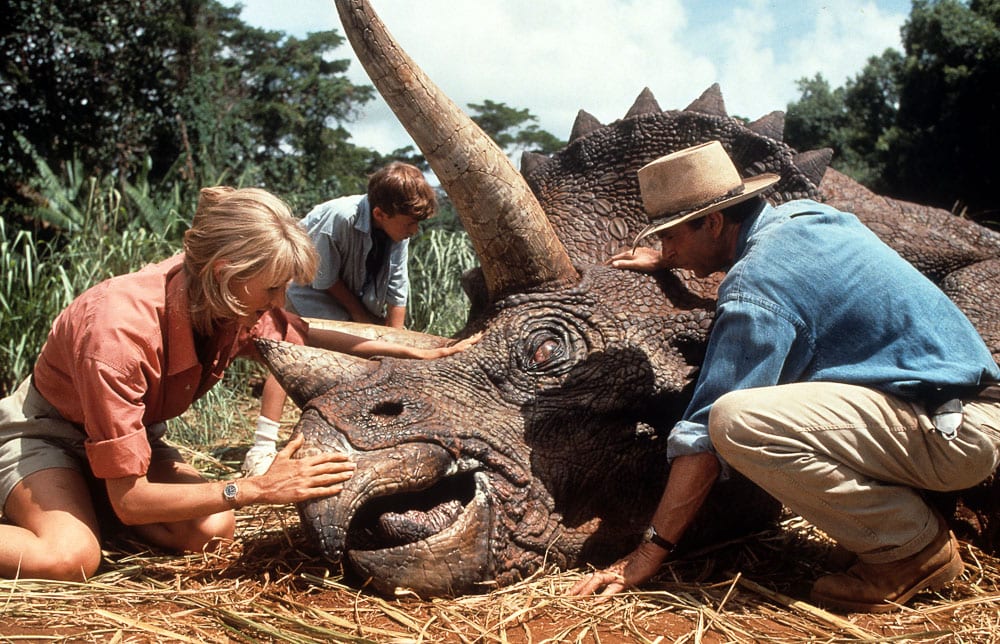 I haven’t seen Jurassic Park on any movie lists related to travel but I’m putting it on there. It has 1) Adventure 2) A beautiful location 3) Dinosaurs. 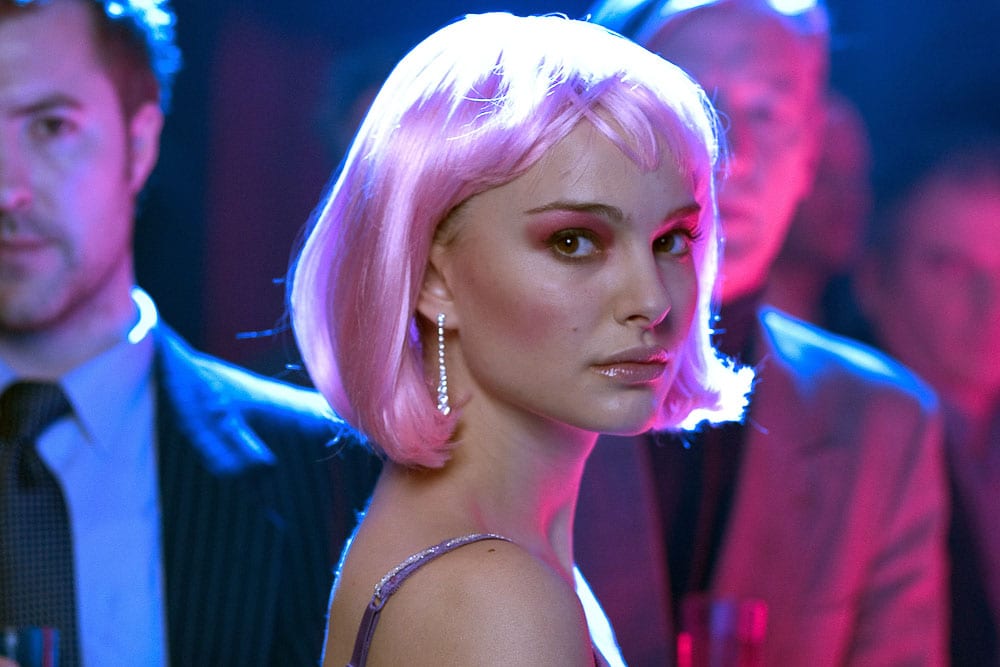 I put Closer on the list because it takes place in London and is about a young girl who finds herself abroad, but in an unusual way. The first time I saw it, I was actually living in London at the time, which feels so long go. But I remember one of my best friends and I saw it one night in a small theater and we just sat there in awe after the film ended. What an incredible film and storyline, though I must say it captures London in its most dismal state. 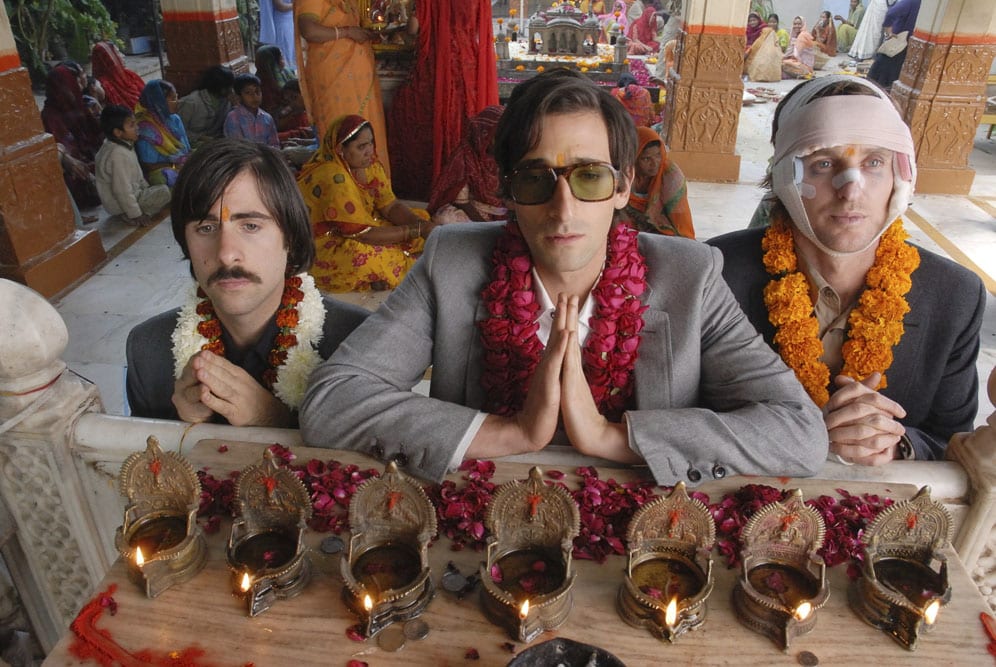 The Darjeeling Limited is about three brothers re-forging family bonds. The eldest wants to reconnect with his two younger siblings by taking them on a train trip across India. Sounds fun… 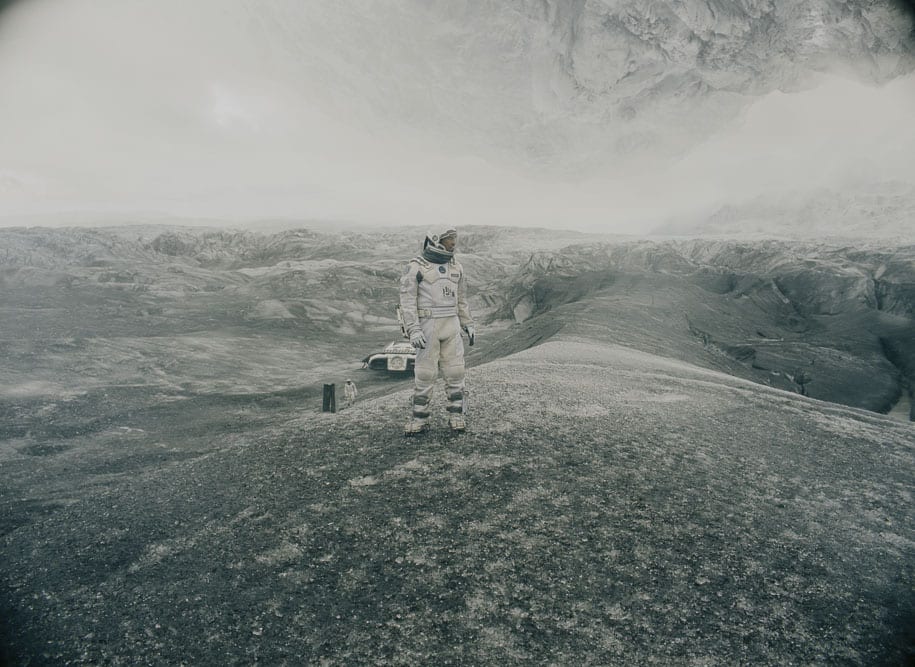 Interstellar is the ultimate journey, but much of this film was shot in Iceland. Its surreal landscapes, particularly this scene right here, moved Iceland to the top of my must-see list. It’s definitely one of the best travel movies of all time. 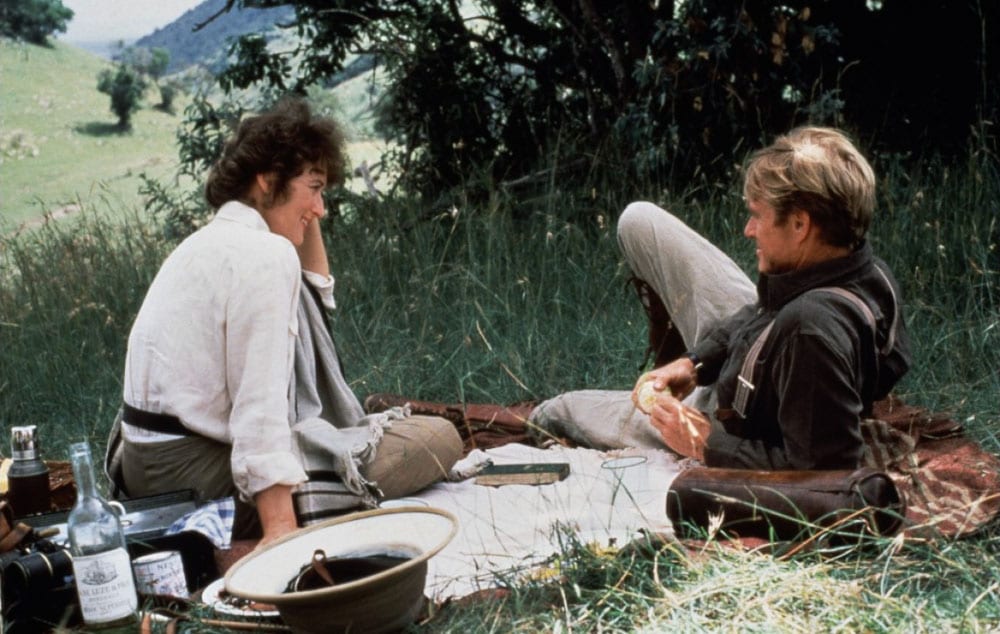 This film is a classic and it has a young Robert Redford (all the more reason to like it). But it was also nominated for several Academy Awards, including best cinematography. So you can’t watch this movie and not feel inspired to travel. I’m surprised I don’t see it on too many lists of best travel movies of all time. 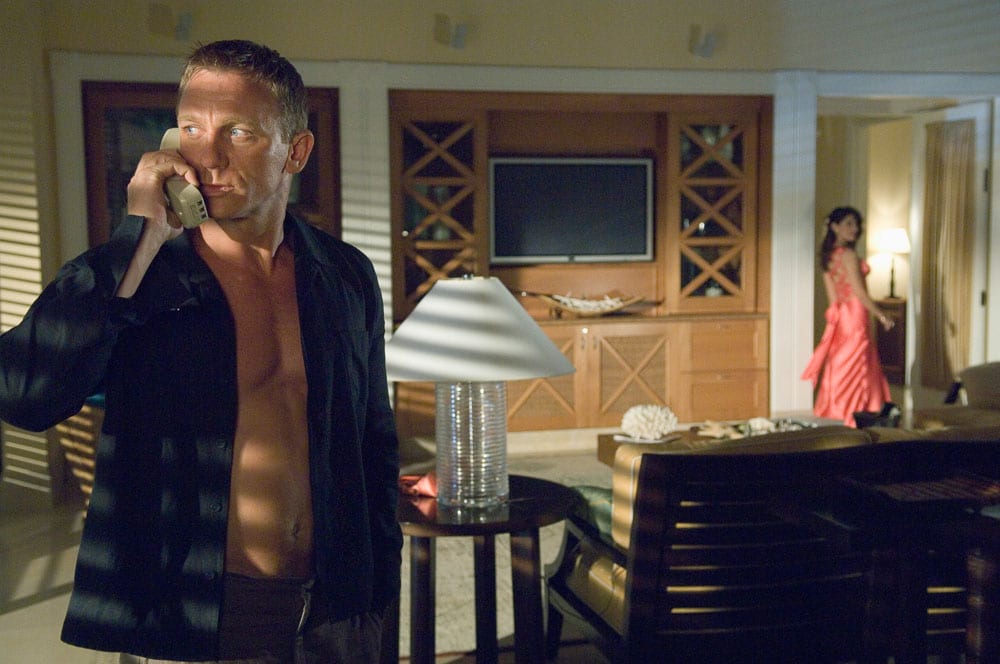 Like Jason Bourne, James Bond is the ultimate badass jet setter, except he does it in style. Plus, I think Daniel Craig makes the best James Bond. Every scene is like a GQ shoot. 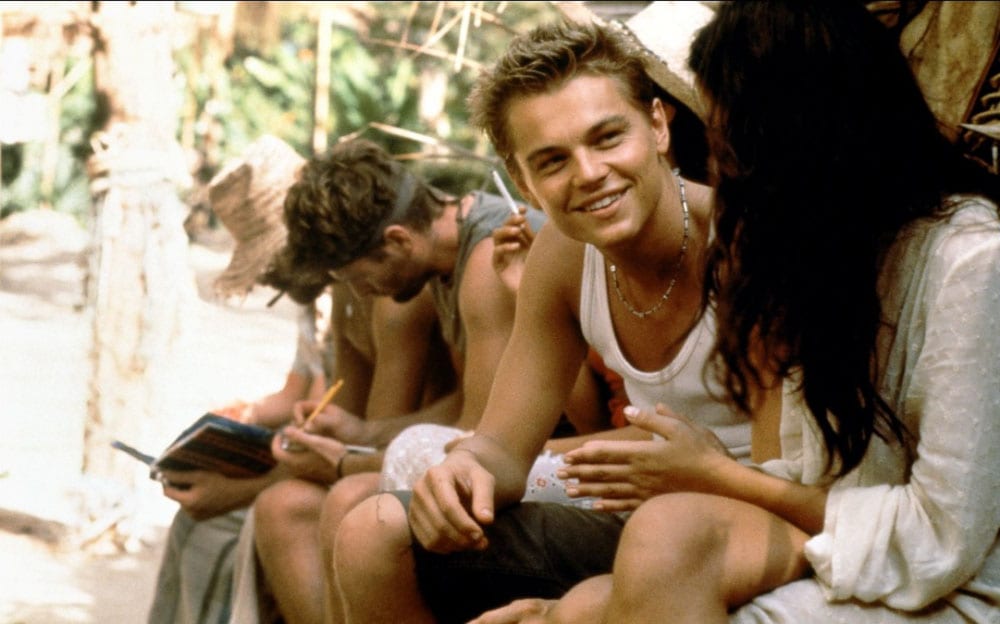 Backpackers discover a secret island off Thailand. Everything seems perfect, but nothing is like it seems. The theme of this movie is interesting and it makes you think about the nature of human behavior. 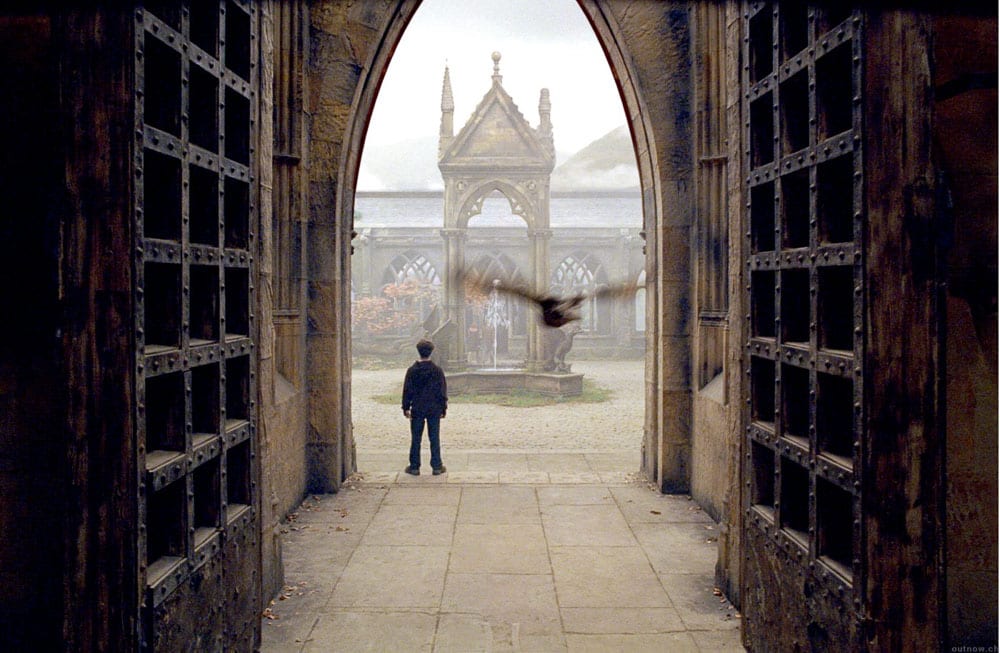 I had to include the Harry Potter series on this list because seriously, how many can say it hasn’t inspired them to not want to go explore castles in England or London, searching for the real Diagon Alley? Exactly.