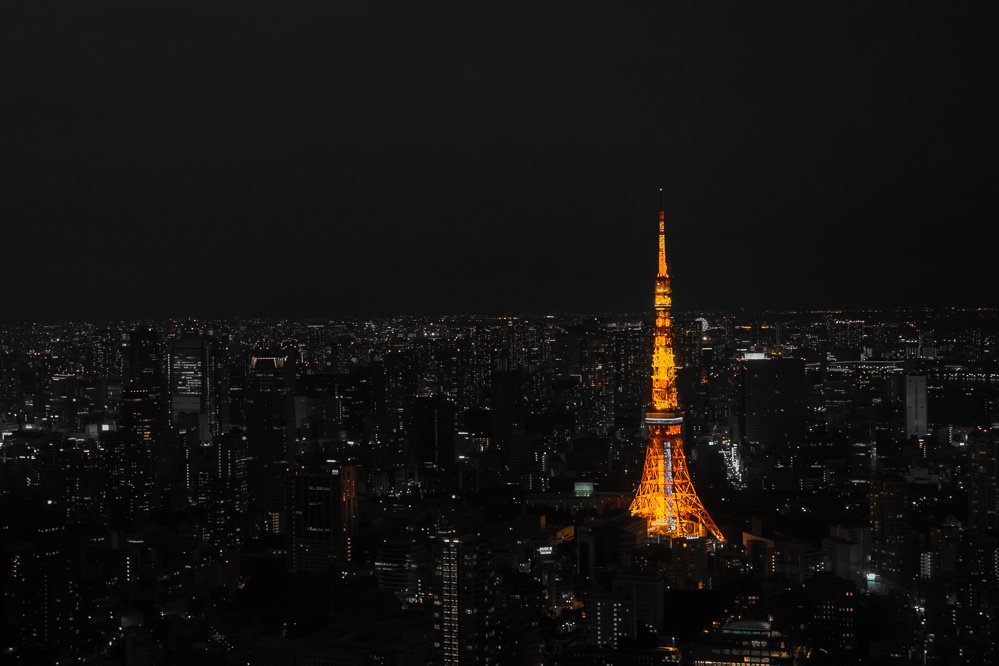 Tokyo is ripe with beauty, but here are eight beautiful places in Tokyo you don’t want to miss.

Tokyo is one of the most beautiful cities in the world, and it’s no coincidence that the Japanese culture has a very well-developed eye for beauty and detail.

One of the things I love the most about Japan is its eye for detail and appreciation for all beauty on both a micro and a macro level. The concept of beauty in the West is cultivated using a macro perspective. We’ve been trained to look at grand landscapes and monumental structures to find a sort of awe-striking beauty.

Japan is different. You don’t have to look far from a Zen garden to understand that “God is in the details,” so to speak. This conception of beauty on a more micro-level, in the detail of things, is seen throughout Tokyo and Japan.

I theorize that this is the reason why photography is such a beloved pastime in Japan. It’s easy to find the average person stopping to admire seemingly insignificant details that might go unnoticed to most in other parts of the world.

And so, if you’re looking for beautiful places in Tokyo, you don’t have to look far.

Roppongi Midtown is one of the most beautiful neighborhoods in Tokyo. It’s sleek and modern, but what makes it such a beautiful place is the stunning architecture and design.

The Roppongi Hills Mall stands as a hallmark of Japanese modernism. You can get lost wandering this luxury shopping mall, and when you’re finished, go across the street to visit the National Art Center. You don’t want to forget your camera. 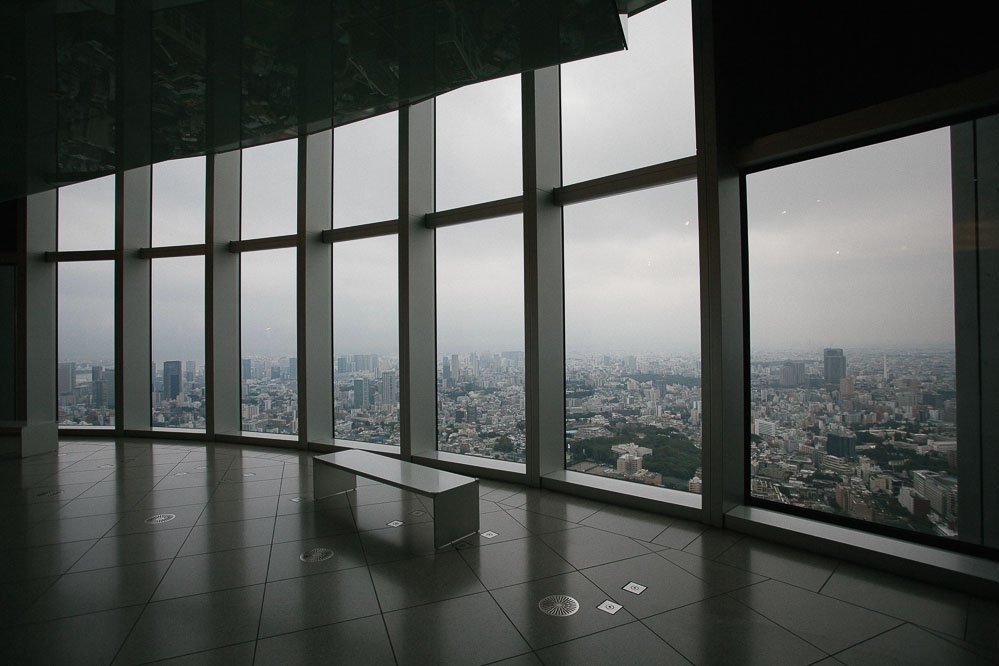 After perusing some of the finer architecture around Roppongi Midtown, make sure to catch one of the best views in Tokyo. It’s not free, but it’s my favorite view of the city and one of the most beautiful places in Tokyo.

If you happen to be in Tokyo during its favorite time of year, skipping this stunning cherry blossom gorge at Nakameguro would be like traveling to Paris and not even seeing the Eiffel Tower at night. It can get a bit crowded, but it’s without a doubt one of the most beautiful places in Tokyo. 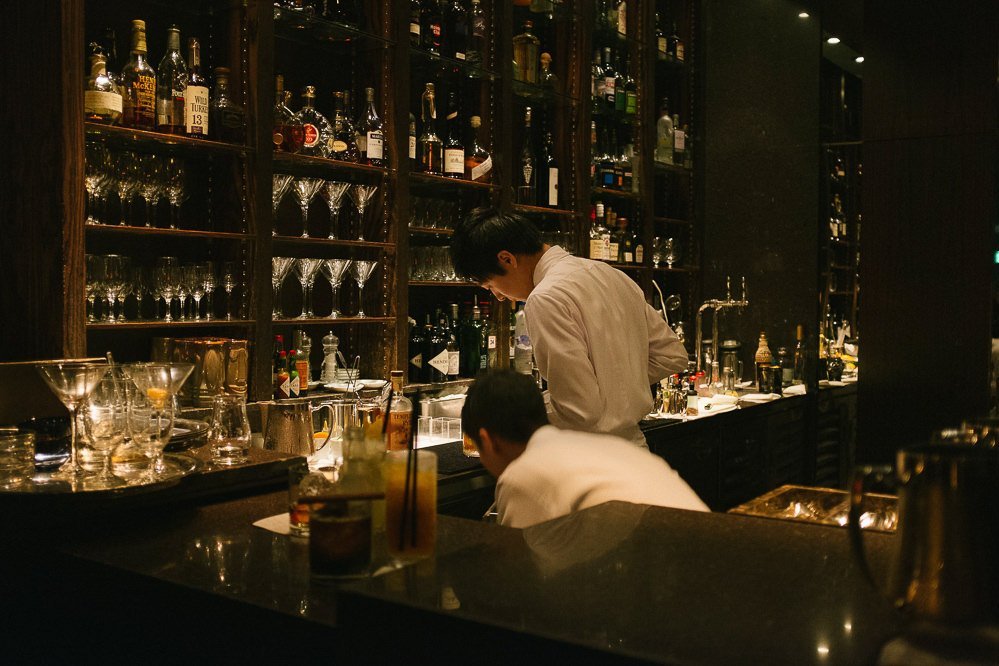 Practically everyone has heard of “The Lost in Translation Hotel,” but what few realize is how stunning the architecture is.

The afternoon tea at the Park Hyatt Tokyo’s Bamboo skylit garden is one of the most stunning high tea experiences in the world.

If you’re up for drinks, the New York Bar is the place to be. There’s a cover after 8 PM, but it’s still worth it in my opinion. The floor-to-ceiling windows overlooking the city make for an unforgettable night out.

Minatomirai 21 is located south of Tokyo in the city of Yokohama and is one of the most beautiful places in Tokyo. Minatomirai is the closest thing to utopia.

Located along the water and Yokohama Bay, Minatomirai is one of the most beautiful and peaceful cities on this planet.

What’s so special about this place is the pace of life and the flow of life here. You can stroll from Yokohama Station through Minatomirai, then hit up the Mark IS shopping center and walk towards the Red Brick Warehouse and to Chinatown Yokohama. I recommend spending a pleasant afternoon or night here – you won’t regret it. 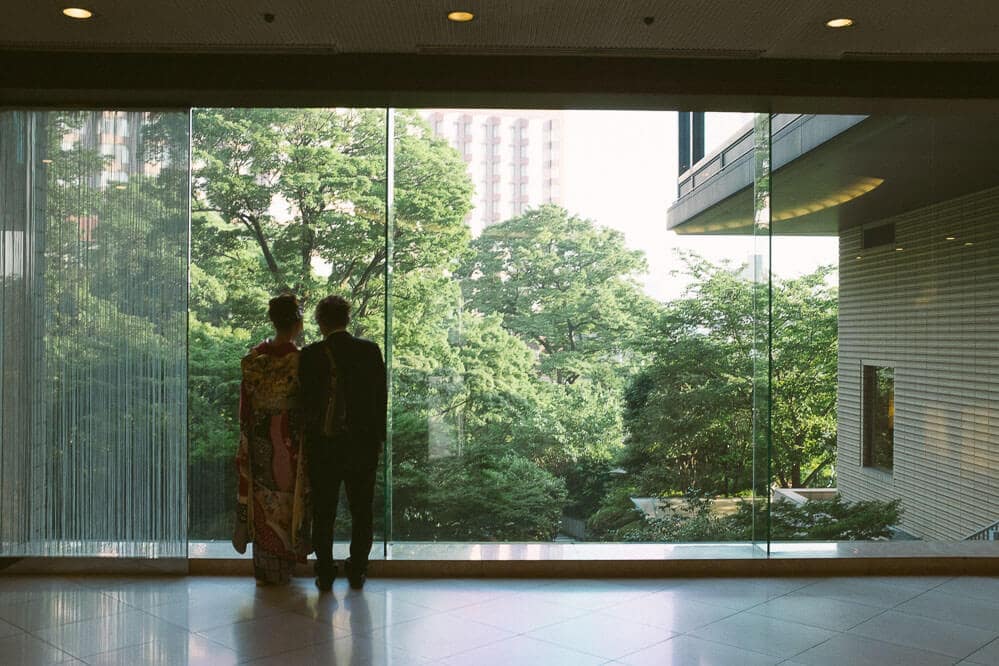 Hidden to the north of Tokyo, the Hotel Chinzanso is one of Tokyo’s top hidden gems. Travelers often miss it because it’s out of the city center but, if you are moved by the allure of traditional Japanese culture and design, The Chinzanso Hotel is a gem.

Located on the property, you will also find a garden with a world of its own. And during the summer, the hotel hosts a glorious firefly festival where the garden turns into a real-life fairy garden. 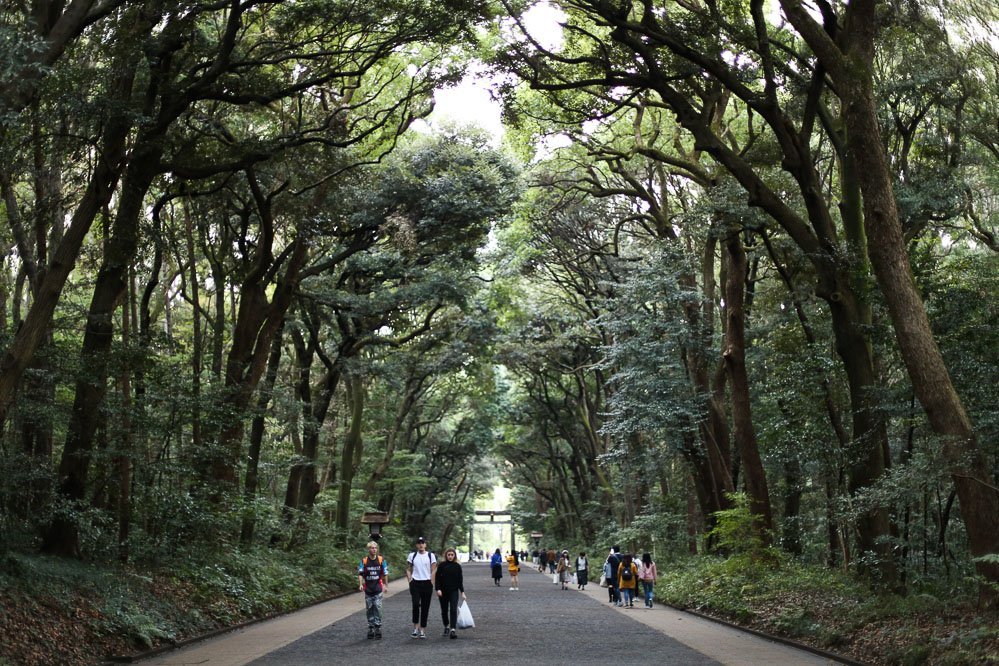 Located right at Meiji-Jingu’s stop at Harajuku, The Meiji Shrine is my favorite fix of nature in the city. Despite its location next-door to Tokyo’s most vibrant districts, the Meiji Shrine is surrounded by dense trees, and it hosts one of the largest Tori gates in the country.

It’s a Shinto shrine, and you will instantly feel transported to another world upon walking through the entrance. I recommend at least an hour exploring this shrine.

8. The Tokyo Tower at Night

Without a doubt, one of the most beautiful places in Tokyo is the Tokyo Tower. You can grab a brilliant view of the Tower from Roppongi or come even closer.  I personally enjoy the Tokyo Tower the most from afar. At night, it’s an unforgettable sight that’s just as beautiful as the Eiffel Tower in Paris.

If you’re traveling to Tokyo, I highly recommend my book, The Hidden Tokyo Neighborhood Guidebook. It promises to give you insight into this city that’s nearly unparalleled. Purchase it here.

Traveling Outside Tokyo? Get a Rail Pass Here.