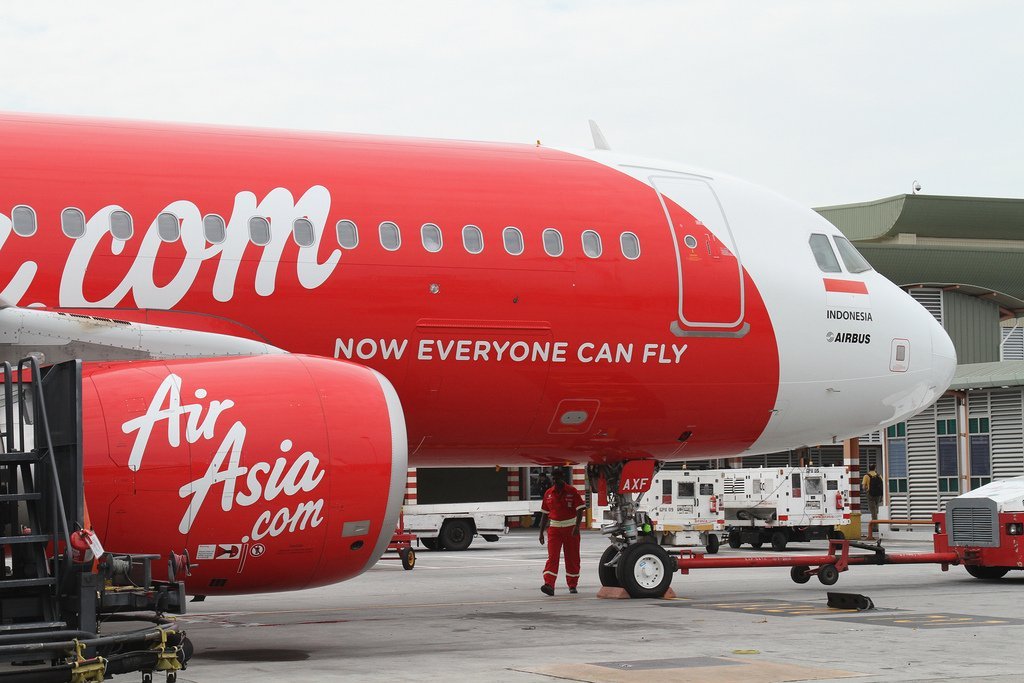 AirAsia has a questionable history in the news and I can’t help but wonder, is AirAsia safe? Compared to a lot of other airlines in the world, sure. Most of its locations aren’t third-world, but something’s off. The fact is, you hear about lower-budget airline crashes far more often. You can’t possibly tell me that their pilots meet the same training time as Singapore or even United Airlines.

Regardless, I don’t fly them anymore. Here is why I question AirAsia safety ratings.

It was 2013 and I was traveling around Southeast Asia. I spent about a month with a  friend making our rounds through Bali, Thailand, and Singapore.

At that time in our lives, I traveled endlessly around Asia, but all the recent series of major plane crashes had yet to come.

Having flown AirAsia just one time before going to Thailand, my experience then was bad enough to almost swear me off the airline for good, almost. I can’t recall exactly where we were heading to, perhaps it was Vietnam.

But the layover in Kuala Lumpur’s LCCT (low-cost carrier terminal) felt like a scene from my own personal hell and is to this day, the worst airport BY FAR I’ve ever been to.

I’ve never again experienced an airport so filthy, so dirty, so noisy, and so chaotic. And if this was the HQ, it sure was not a good sign for the airline in general.

Flash forward a year later and not much wiser (2013), my friend and I decided to book AirAsia for a few hauls to and from Indonesia and Thailand, before ending in Singapore. I was reluctant to book with them, but I decided to suck it up and I didn’t want to have to cost my friend extra money she didn’t want to spend. After all, what are the odds, right? 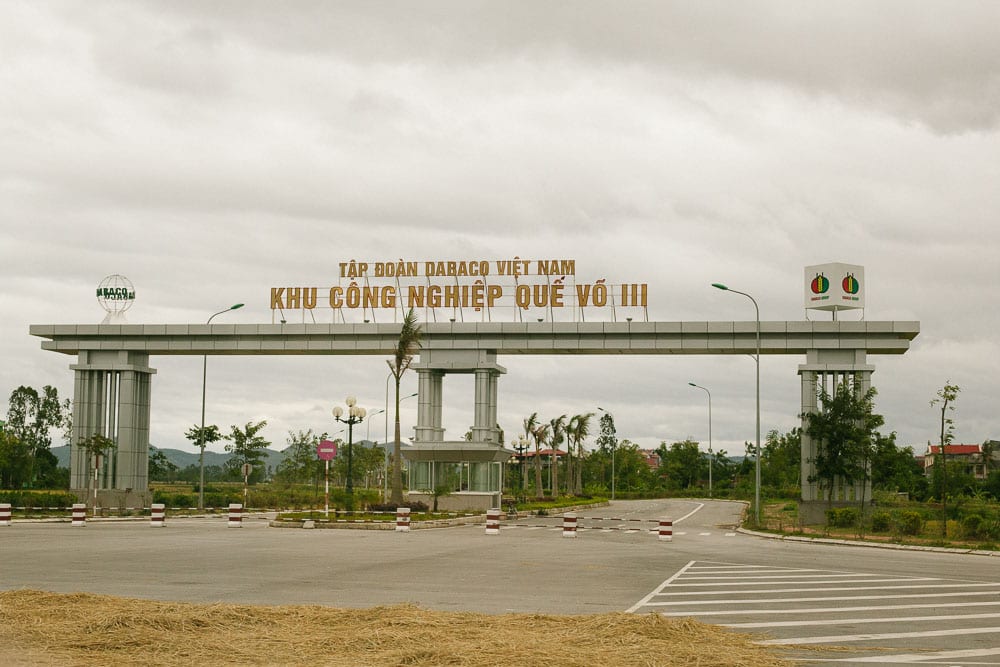 Things were OK for the first couple of flights, but the last flight back to Singapore from Bangkok was and will undoubtedly be the LAST flight I ever take on AirAsia, or on any low-budget carrier for that matter, particularly in Asia.

Midway through our flight, the plane hit what felt like a large brick wall of turbulence. It was so sudden, so jolting that the plane itself came to an abrupt slam in midair with so much force that was beyond unnerving.

Typically when you experience turbulence there’s a warning, or a storm, or a reason, but there was no warning and no storm, and the slam of the impact nearly gave me a heart attack and most certainly incited a panic attack.  It was an incredibly violent episode of turbulence that I’d never experienced before in all my flying.

The plane continued to shake like a plastic toy being tossed around by a disoriented toddler. I can remember clearly staring at the flimsy old cabin, watching it rattle, and hearing every creak in its joints. I prayed that someone, those likely underpaid maintenance employees in Bangkok, did their jobs adequately and tightened all the screws, etc.

I clenched my friend’s hands as she reassured me it would be ok. “I fly all the time for work, I experience turbulence through the mid-west.” Though I remember replying, “This is NOT Southwest, this is AirAsia!”

She was worried too though as we sat there, hands clenched, counting down the minutes until our arrival time. I might have bargained with God, promised to be a better person, and to donate more time and money to charity.

Time seemed to stop and the turbulence continued for a good half hour. Although not as severe as that first impact, I sat there waiting in fearful anticipation for another violent impact like the first.

We arrived in Singapore safely and after another rather rough landing, I swore off AirAsia for good this time. You can’t pay me any amount of money to fly this airline again. I’ve flown a good number of airlines in my day, but I’ve never experienced sustained turbulence like that from Southwest or Japan Airlines, and the landings are always rougher.

Flash forward a year later, we hear about the first plane crash on AirAsia that happened en route from Indonesia to Singapore, a route I’ve flown several times. Apparently, the turbulence was so severe that the pilot made an error and ascended too fast causing an aerodynamic stall.

Recently three subsidiaries of AirAsia have been placed on a list of the world’s most dangerous airlines, according to Airlineratings.com. If you’re curious about this list, check out this article on TheDailyMail, World’s Most Dangerous Airlines.

And here’s another interesting article about the hazards of traveling to Asia. I also read an interesting article in the WSJ a couple of months back discussing how the comparative number of plane crashes in the world overwhelmingly occurs in Asia. Five Major Risks to Flying to Asia, The Wall Street Journal. Also, read the Safest Airlines in the World. Here’s another article by a former pilot for President Obama who refuses to fly AirAsia among a few other liners because of dangerous safety ratings and inexperienced pilots.

Former Obama Pilot: Some Airlines I Won’t Fly Because They Are So Dangerous I don’t aim to scare anyone from traveling to Asia, but simply to educate travelers a little more about the fact that just because an airline pops up in Kayak next to all the others, it doesn’t mean they’re equal in terms of pilot training and safety certification. Sometimes you can’t afford a better airline, but often you can if you give up something else.

And different subsidiaries of airlines have different ratings. Unfortunately, traveling around Asia and especially to smaller more remote places in the world requires flights on riskier smaller airlines where the pilots aren’t as extensively trained always. Before we left Japan, I really wanted to go to Myanmar, but Daniel refused to take Air Bagan, and I couldn’t take the train due to severe sensitivity to motion sickness.

Sometimes, you want to go somewhere so bad you willingly assume the risks, but even for me, as much as I wanted to see Bagan, I couldn’t get myself to fly Air Bagan. But personally, I don’t take carriers that aren’t permitted to fly into the United States or are not IOSA certified or airlines that fly over hostile regions. It’s easy to assume that the airlines always have your best interest at stake, but it’s important to be proactive and ensure they actually do. Plane crashes are very rare, but there are also fewer catastrophic crashes and incidents as well. I hate to fly and I choose not to take on the added risk because it is risk and is that much more uncomfortable.

Is AirAsia Safer than Other Alternatives?

There are worse airlines you can fly around Asia, but it’s important to realize that not every AirAsia airline has the exact same safety rating. With that said, you’ve read my story. It was the worst plane ride of my entire life and it had me bargaining with God. I think I promised to be a better person, but in all honesty, if I’m going to be killed off, a plane crash is probably the best way to die if you want to get really morbid. The impact is usually quick and painless unless it explodes in the sky. But, if you lose oxygen at a high-altitude you have the added bonus of being knocked out unconscious. But, I’d rather not spend my last few minutes alive in sheer terror on my own account, so, I will not be flying AirAsia again around Malaysia and Indonesia. It was a nightmare.

What about their Safety Records?

Indonesia, Malaysia, and India are the branches of AirAsia that receive the most criticism with safety. Clearly, wanting to know “is AirAsia safe?” requires examining the AirAsia safety rating for every region.

If you’re heading to Tokyo soon, I highly recommend my book Hidden Tokyo. It’s filled with tons of insights on a range of activities around Tokyo.  It also helps to explain this complex city better by dissecting over 20 different major neighborhoods into chapters, with around 400-pages of pure Tokyo insight & recommendations. It lays out the city in a way that you can grasp!  Take your trip to the next level. Get it now.

You Save Some Money

Not Every AirAsia Line Is Created Equal

You Get What You Pay For