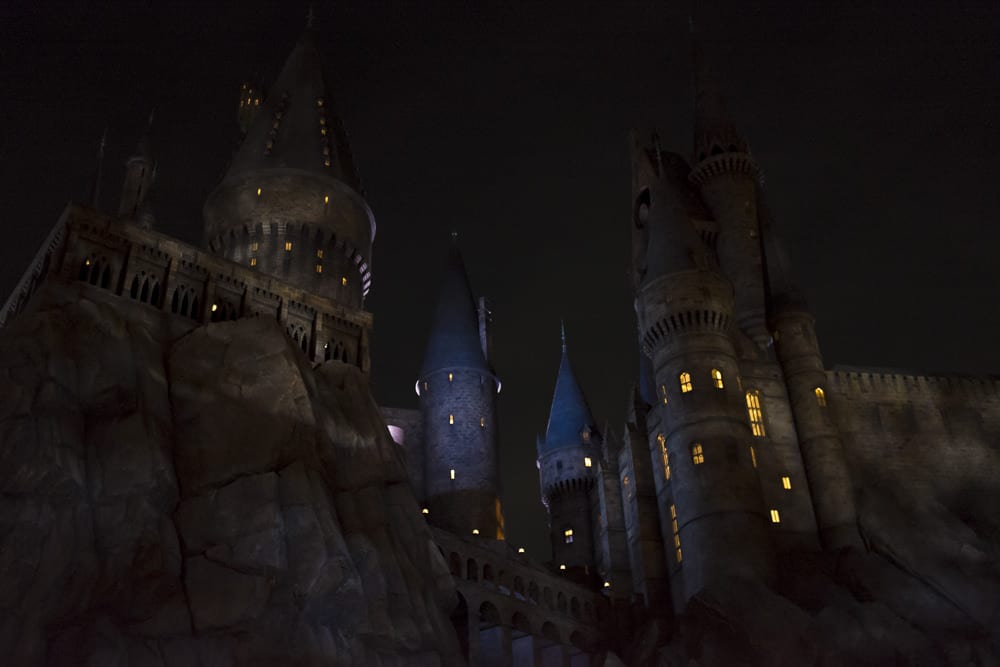 My Photo Journey of A Typical Amazing Saturday in Tokyo

The Ultimate Guide to The Wizarding World of Harry Potter Japan

When I first found out about Universal Studios opening Harry Potter World Osaka, I felt two things. First, I felt grateful for still living in Japan at the time. And second, I felt the sudden urge to drop everything and run off to Osaka to go explore what seemed like the coolest place on Earth.

Over the years, I’ve become quite a Harry Potter fan. One of the best things about living in Japan is that a lot of adults here are totally OK with carrying their childish side into their grown-up lives. Escaping into a world of fantasy is at times the best reality. So, how good is Harry Potter World Japan at creating this alternate reality?

Overall, it wasn’t a perfect experience, but we still had a blast and I’m glad we were able to go. Below are some pictures from Harry Potter Japan and my own review of our experience in January.

Are you traveling at all on the bullet train? You’ll want to get a JR Pass. The Shinkansen is super expensive without it. Get your JR Pass today and have it FedExed to you within days. Don’t wait to purchase your pass. Purchase it here.

A Review of Harry Potter Japan

What I Loved About Harry Potter World Japan

The entire design of the Harry Potter World Osaka was simply awesome.

Hogwarts Castle looks amazing. It’s really beautiful though we couldn’t help but wonder what the rest of the castle is being used for?? It’s so big but we only saw a tiny bit of it. But you can see Dumbledore’s Office and the Defense Against the Dark Arts classroom! We definitely enjoyed the walking tour A LOT more than the ride, Harry Potter and the Forbidden Journey. (SEE my review of this ride below).

The details inside Hogwarts Castle are impressive and the holograms of Harry, Ron, and Hermione inside the Defense Against the Dark Arts classroom look very real. 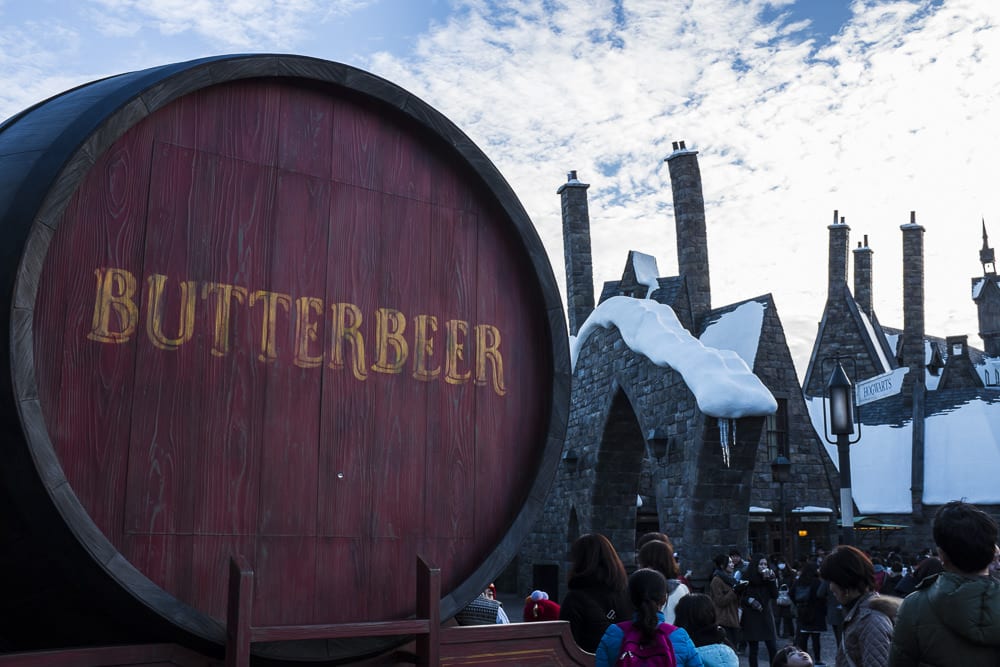 What I Didn’t Love About Harry Potter World Osaka

The prices are extortionist. If I had to make just one complaint about this place, I’d complain about the prices. 1800 yen for a tiny box of Harry Potter Jelly Beans?? And of course, there is merchandise everywhere. Wands, robes, candy, keychains, notebooks, shirts, etc. There is a ton of cool stuff, but it’s very marked up in my opinion.

Of course, they’re able to charge that amount and get away with it so more power to them. I guess that’s capitalism. But they even charge you for a bag upgrade if you want handles on your bag which is super convenient and necessary when walking around a theme park. This kinda killed the mood for me after a while…I had to put this cynicism out of my mind to enjoy the park. 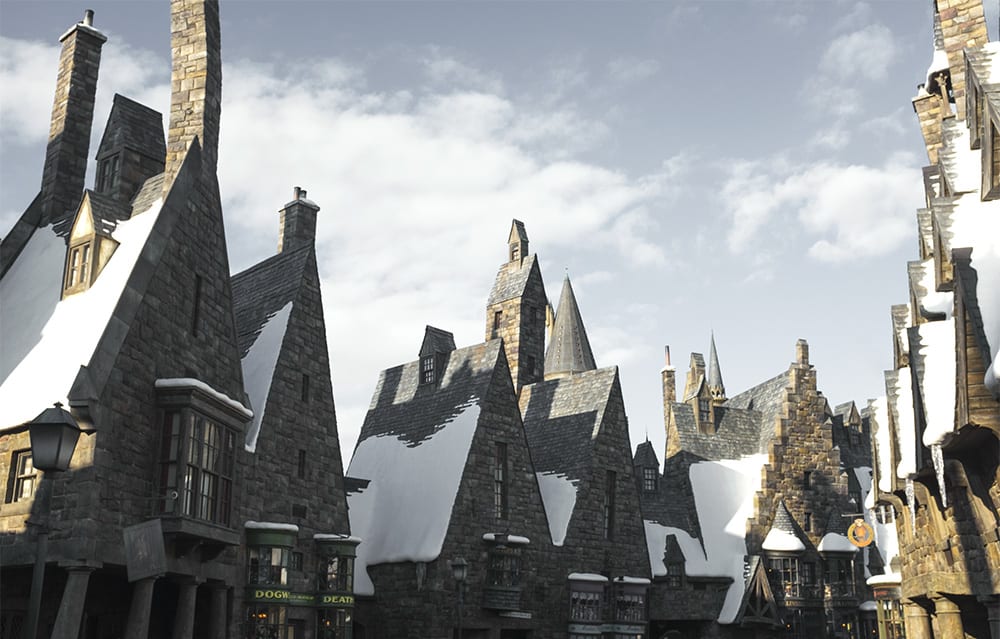 The Harry Potter and The Forbidden Journey ride made me very sick. I threw up afterward, though it was a miracle I didn’t hurl on the ride. It was miserable, but I am prone to motion sickness. I rode other rides around the park as well that cautioned against such ailments and felt totally fine. Well, unfortunately, the same can’t be said for this ride!!

If you are even slightly susceptible to motion sickness or if you are just overly sensitive to noise etc., do yourself a favor and DON’T ride this ride. It took me a few hours to feel right again. Essentially, the ride felt like being shook around in a box for like five minutes. It’s a 4K imaging ride which means much of what you experience is through a large screen as you’re flying through the air on a broomstick, but your cart is moving quite turbulently.

It was hard for me to appreciate the details of this ride because it was too overwhelming to all of my senses. Also, not all Express Passes work with this ride (see below to know what I’m talking about). But, honestly, the best part of this ride was waiting in line because you meander through Hogwarts Castle and can admire all the details inside.

It’s insanely overcrowded. We purchased a set of Express Passes to skip the lines, so they gave us a set time to visit Harry Potter World later in the afternoon. If you don’t buy an Express Pass, you’ll have to wait in line to filter into Hogsmeade.

This wasn’t a problem though as we simply spent time in the rest of the park until then. But even still, the stores are very overcrowded, but that’s to be expected. We went on a Sunday and we hear it’s always this busy. See more about Express Passes under Tips below.

Lastly, there was NO Dobby creature anywhere. Dobby is my favorite character in Harry Potter and I ADORE him, but I didn’t spot him anywhere.

The best way to get to Harry Potter World Osaka is to simply take the Shinkansen to Osaka station. There are plenty of hotels around the area and taxis are a lot cheaper in Osaka than in Tokyo.

There are lots of hotel options in Osaka. If you didn’t read my review already, here’s my experience at The St. Regis Osaka. It ranks as one of my top stays of all time and I always enjoy staying at Japanese hotels. You’re rarely disappointed with the service, but The St. Regis was truly a 5-star experience. The St. Regis is about a 20-minute cab ride to Universal Studios Osaka.

If you plan on doing a lot of shopping for merchandise inside the park, perhaps you should look into staying at one of the Universal properties because you’ll be able to send your stuff from the store straight to the hotel.

If you’re feeling extra adventurous, then go for a ryokan!

Personally, we only needed one day at Harry Potter World Osaka. Originally we weren’t quite sure if we wanted to return again for another day, but one day was more than enough. The park really isn’t that big and you can experience everything in just a day. But we don’t have kids!

There are plenty of fun shops inside Harry Potter World and inside Universal Studios to buy robes, wands, shirts, hats, everything! Head over to Ollivander’s and pick out a wand. But try to get there early enough to avoid the crowds.

The candy shops are pretty much all Japanese style sweets in the park, but the Honeydukes candy shop offers a lot of hard candies and of course, the ever-popular Chocolate Frogs. 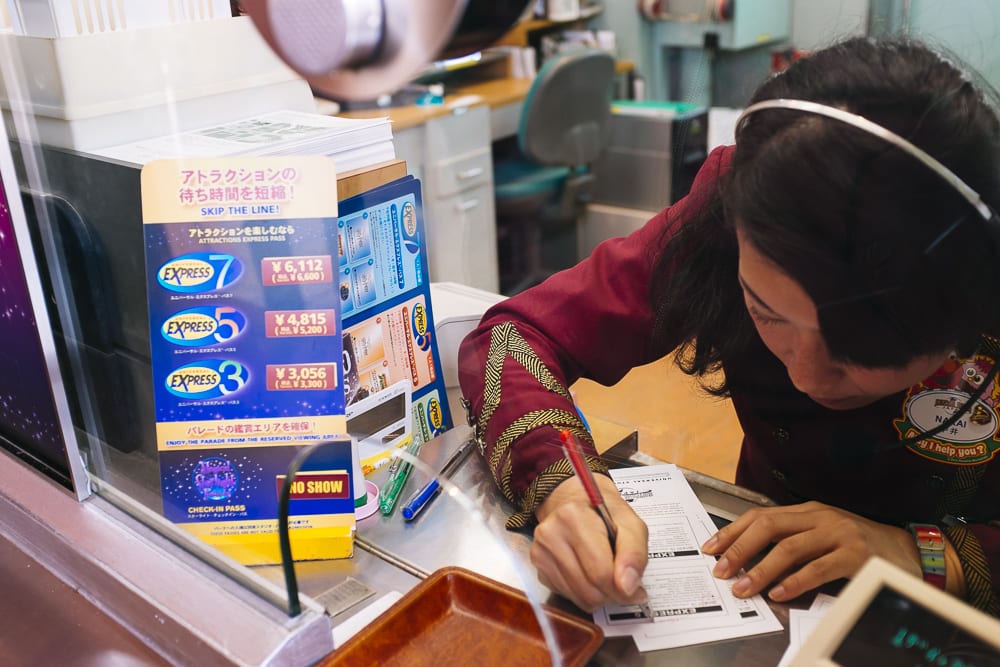 Purchase an Express Pass to skip ahead of the lines. This is highly recommended because there will always be a big crowd. We felt the easiest way to purchase the pass is to simply buy it at the counter window when you first arrive at Universal Studios, BUT you risk it being sold out – especially in high season.

Fortunately for us, they weren’t sold out but we did go on a Sunday in January. But we bought the Express 5 pass option which was great, allowing us to bypass the lines on 5 of the main rides. You can try purchasing these passes the day before at official Universal hotels or online if you can read Japanese.

Lawson convenience stores are also supposed to sell them as well, although we didn’t try this method. But the Express Passes saved A LOT of time. Totally worth the extra cost. Click Here for current Harry Potter Japan ticket prices. We paid around a total of $100 USD equivalent for a 1-day ticket and Express 5 pass, but prices fluctuate depending on the year. 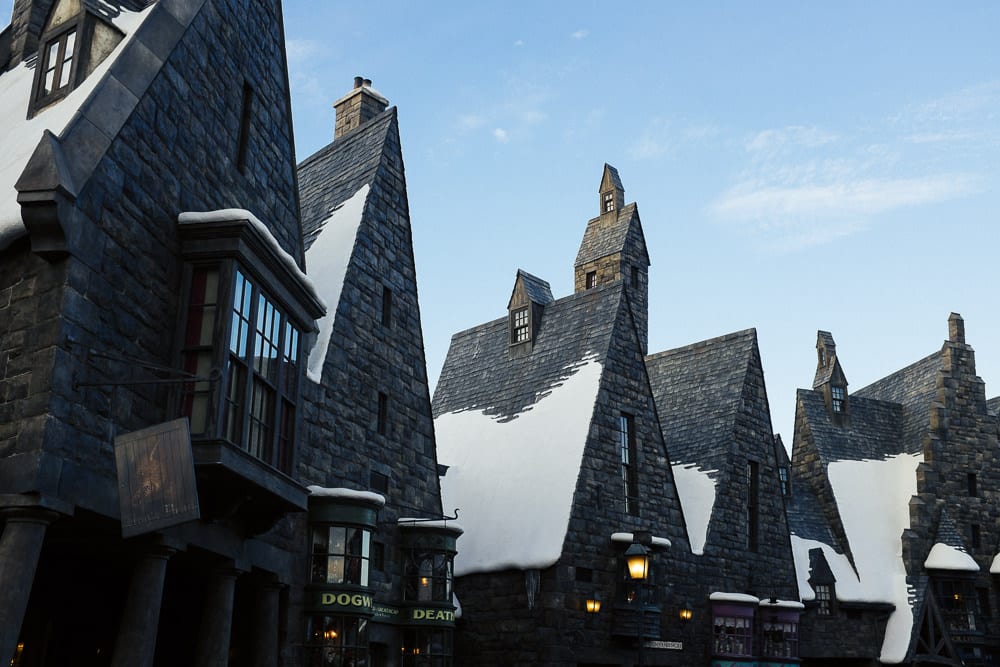 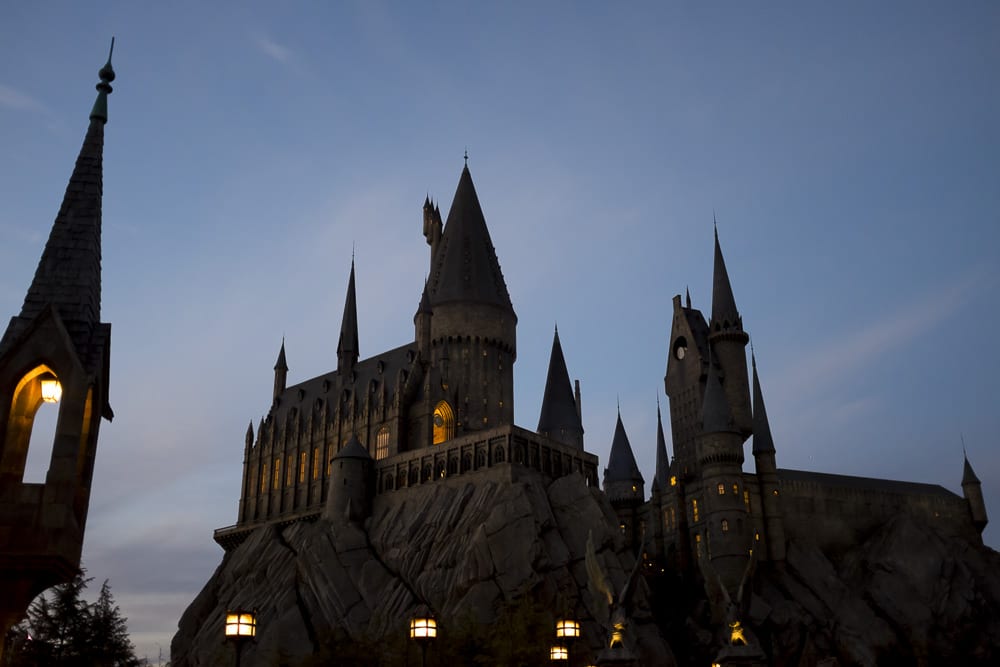 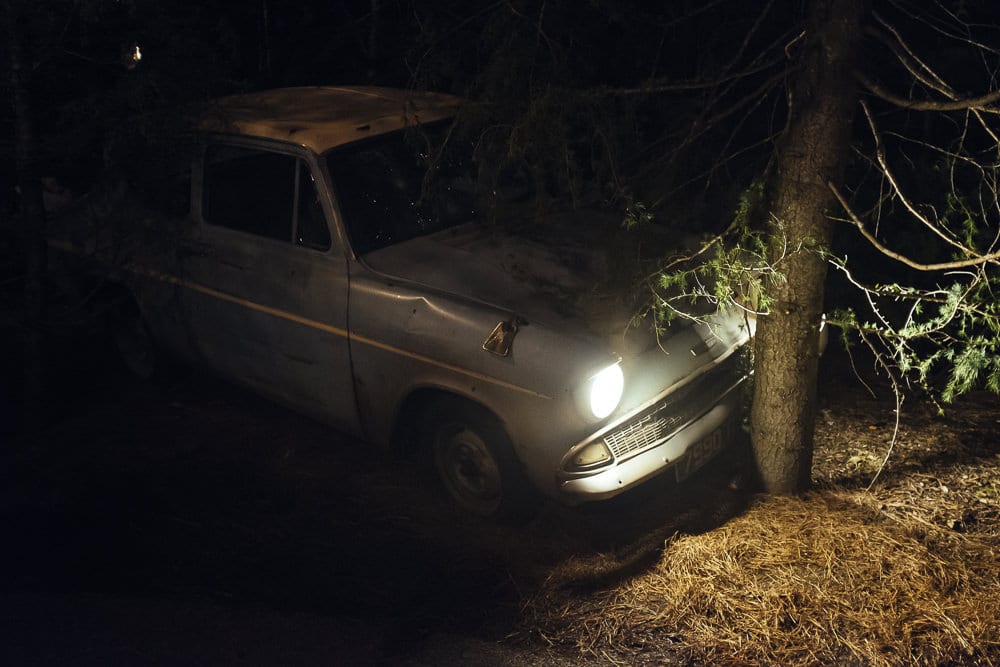 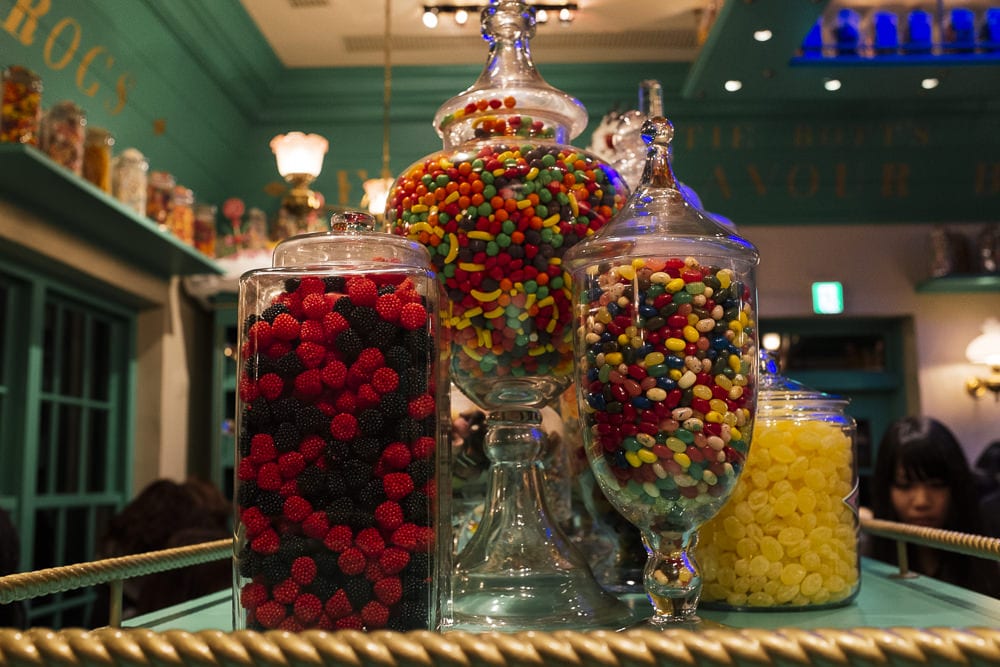